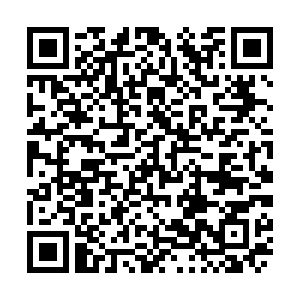 Almost 65 million COVID-19 vaccinations had been administered in China as of March 14, said Li Bin, deputy director of the National Health Commission (NHC), at a press conference on Monday.

China is implementing vaccination following an order of key groups, high-risk groups and other groups, to steadily improve the vaccine coverage.

The key groups refer to those who have high exposure risk at work, who are at risk of overseas infection, who are in key positions to maintain the basic operation of society, as well as those over 18 years old in border regions or working in service or labor-intensive industries, the elderly who are in good physical condition and need to be vaccinated for special reasons, and other key groups as determined by authorities.

The vaccination of the key groups is being carried out in an orderly manner.

The high-risk groups mainly include the elderly and those with underlying diseases. "Due to insufficient data of clinical trials on the protective efficacy of these populations, the inoculation for them needs to be arranged according to the progress of vaccine research and development," said Li. "The mass inoculation for these groups will be implemented once there's sufficient data on safety and efficacy in the clinical trials."

Multiple measures have been implemented to ensure smooth inoculation work, which includes a whole-process control system.

The country has established a national electronic vaccine traceability platform, where all localities can timely and accurately report required information, so that vaccines can be traced throughout the whole process. Relative departments regularly monitor and record the temperature of vaccines in the storage and transportation process to ensure their safety and effectiveness. According to the Ministry of Foreign Affairs in late February, China had provided vaccine aid to over 50 countries and exported vaccines to 27 countries.

The country will continue to expand its vaccine aid and export to foreign countries and join hands with other nations in fighting the pandemic, said Tian Yulong, chief engineer at the Ministry of Industry and Information Technology.

"China's capacity continues to be released and output to expand, so will China's supply at home and abroad," said Tian.

China so far has 17 COVID-19 vaccines in clinical trials, among which four – two developed by Sinopharm, and the others by Sinovac Biotech and CanSino Biologic – have been approved for conditional commercial use nationwide.

Three of the four are inactivated vaccines while the CanSino one is a recombinant adenovirus vaccine.

An inactivated vaccine's composition features a highly similar structure to the virus, according to Wang Junzhi, deputy head of the vaccine development unit of the State Council's Joint Prevention and Control Mechanism and also member of the Chinese Academy of Engineering.

The inactivated vaccines trigger strong immune response and are stable and safe. They can be stored at 2 to 8 degrees Celsius for two to three years, and are easier to be transported to remote areas. People need to get two shots to protect themselves from COVID-19, said Wang.

As for the CanSino's adenovirus vector vaccine, China adopts type-5 adenovirus as the vector, based on the viral vector vaccine technology platform which was previously applied to develop the Ebola vaccine. Therefore, the preparation process is relatively simple and the cost relatively low.

The vaccine induces neutralizing antibody production and enhances cellular immunity at the same time. The vaccine's one-shot schedule is very convenient for some special populations during emergencies, Wang added.

He highlighted that no current coronavirus variants were found to have significant influence on the four vaccines, but cautioned close monitoring on the variants needed. "We need to work actively in coping with virus variants. First, we need to keep a close eye on the variants, researching their impact on our vaccines. Second, we need to build a vaccine development platform to help us develop new vaccines which could combat the mutated viruses."

Wang listed two requirements that should be fulfilled before vaccines enter the market. "One is whether their safety and efficacy data in Phase-III clinical trials meets the requirements, and the other is to complete the commercial-scale production process verification and establish reliable quality standards."

China is also making efforts to promote the international travel health certificate which was launched last week, the NHC said.

"High attention is paid to the policies and measures taken by countries after vaccination, such as the international travel of the vaccinated," said Li, adding that more relevant polices will be released to further promote the vaccination work as well as international communication and exchanges.

(CGTN's You Yang contributed to this story.)