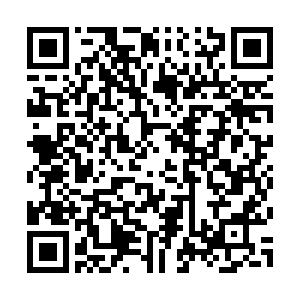 China said on Friday it would take necessary measures to uphold the rights and interests of Chinese companies, after the United States added Chinese supercomputing entities to an economic blacklist.

Foreign Ministry spokesman Zhao Lijian made the remarks at a regular news briefing, adding the U.S. containment and suppression measures cannot stop China's sci-tech progress but only strengthen the country's determination and will for independent innovation.

China's Ministry of Commerce (MOFCOM) also said late Friday the U.S., by utilizing state power to suppress other countries' enterprises and institutions, wreaks great havoc on the international economic and trade order and poses a grave threat to the security of the global industrial chain and supply chain.

"China urges the U.S. side to immediately stop its wrongdoing and will take all necessary measures to resolutely safeguard the legitimate rights and interests of Chinese enterprises," the MOFCOM said.

The U.S. on Thursday announced it has added seven Chinese supercomputing entities to its "entity list" of export controls.

In a statement, the U.S. Department of Commerce said the companies conducted activities that are contrary to the national security or foreign policy interests of the U.S.

An engineer at the parent company of Tianjin Phytium Information Technology Co. Ltd. told CGTN on condition of anonymity that the U.S. move would not impact the company in one to two years. But the long-term effect is up to China's research and development capabilities and how the China-U.S. ties go forward.

China has repeatedly voiced opposition to the U.S. crackdown on Chinese firms over a national security threat.

Last December, Wang Wenbin, spokesman for the Chinese Foreign Ministry, urged the U.S. to stop the unjustified crackdown on Chinese enterprises, saying, "It seriously interferes with the regular scientific and technological exchanges and trade between the two countries and will cause damage to global production, supply and value chains."

The MOFCOM also firmly opposed the U.S. adding 59 Chinese entities to the export control list. "The U.S. has once again wielded its state power to suppress Chinese companies. We will resort to indispensable measures to protect Chinese companies' legitimate rights and interests," said MOFCOM last year.

"More efforts should be made by the U.S. side to beef up China-U.S. economic and trade cooperation and spur on global economic recovery," the ministry said.

The "entity list" was created in February 1997 and affects a host of businesses, research institutions and individuals subject to license requirements for the export, re-export and transfer of certain items to the country.

Strained China-U.S. relations in recent years have put loads of Chinese tech companies, such as the likes of Huawei and Hikvision, on the blacklist.