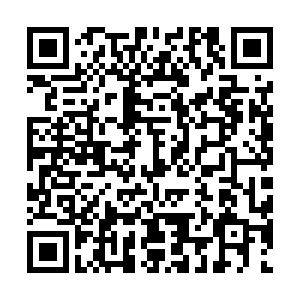 Chinese chipmaker Semiconductor Manufacturing International Corp. (SMIC) said Sunday in a statement (link in Chinese) that it resolutely opposes the U.S. decision to blacklist it and reiterated that its operation is not related to military use.

The U.S. decision does not pose a significant negative impact to the company's operation and finance in the short term, said SMIC.

According to an initial assessment by SMIC, the U.S. move will badly affect the company's own R&D and production capacity construction of advanced technologies of 10nm and below.

The company added it will continue to cooperate with relevant U.S. government organs, taking all feasible measures to minimize adverse effects and work out a solution.

SMIC is developing its N+1 7nm node and playing catch-up with rivals Samsung and TSMC, who are going after 5nm chip production.

The technology entered risk production in March 2019 and is targeting mass production in 2020, according to the company's website, with progress ahead of its major competitor Samsung Electronics Co. TSMC is also developing the more sophisticated 3nm process which is scheduled to begin production in 2022.

SMIC's N+1 7nm node will present improvements over its current 14nm production node, from the likes of a 20 percent surge in performance and a 63 percent upgrade in logic density, according to Liang Mengsong, co-CEO of SMIC.

The Bureau of Industry and Security (BIS) of the U.S. Department of Commerce on Friday put 77 entities on its "entity list," most of which are Chinese companies, universities and individuals. SMIC is also on the list.

The "entity list," which dates back to February 1997, covers a host of businesses, research institutions, and individuals subject to license requirements for the export, re-export and transfer of certain items to the country.

"This action stems from China's military-civil fusion (MCF) doctrine and evidence of activities between SMIC and entities of concern in the Chinese military industrial complex," the BIS said in the statement.

SMIC responded back then that "any assumptions of the company's ties with the Chinese military are untrue statements and false accusations."

"SMIC has no relationship with the Chinese military and does not manufacture for any military end-users or end-uses," the company said.

China has urged the U.S. to stop the unjustified crackdown on Chinese enterprises, said Wang Wenbin, spokesperson for the Chinese Foreign Ministry, at a Friday press briefing.

"The U.S. has once again wielded its state power to suppress Chinese companies. We will resort to indispensable measures to protect Chinese companies' legitimate rights and interests," said MOFCOM.

"More efforts should be made by the U.S. side to beef up China-U.S. economic and trade cooperation and spur on global economic recovery," the ministry added.