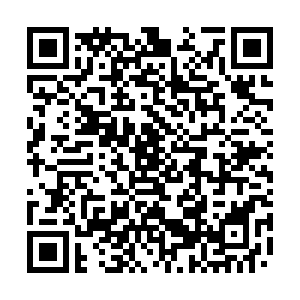 U.S. President Joe Biden on Friday formed a bipartisan commission to study potential changes to the Supreme Court including expanding the number of justices beyond the current nine, a goal of some liberal Democrats hoping to end its conservative majority.

Under an executive order signed by the Democratic president, the 36-member commission will consider the "merits and legality" of potential reforms to the nation's top judicial body including adding justices or imposing term limits on their service instead of the current lifetime appointments.

The commission will be co-chaired by former White House counsel Bob Bauer and Cristina Rodriguez, a Yale law school professor and former deputy assistant attorney general, according to a White House statement.

"The Commission's purpose is to provide an analysis of the principal arguments in the contemporary public debate for and against Supreme Court reform, including an appraisal of the merits and legality of particular reform proposals," the White House said.

"The topics it will examine include the genesis of the reform debate; the Court's role in the Constitutional system; the length of service and turnover of justices on the Court; the membership and size of the Court; and the Court's case selection, rules, and practices," it added. 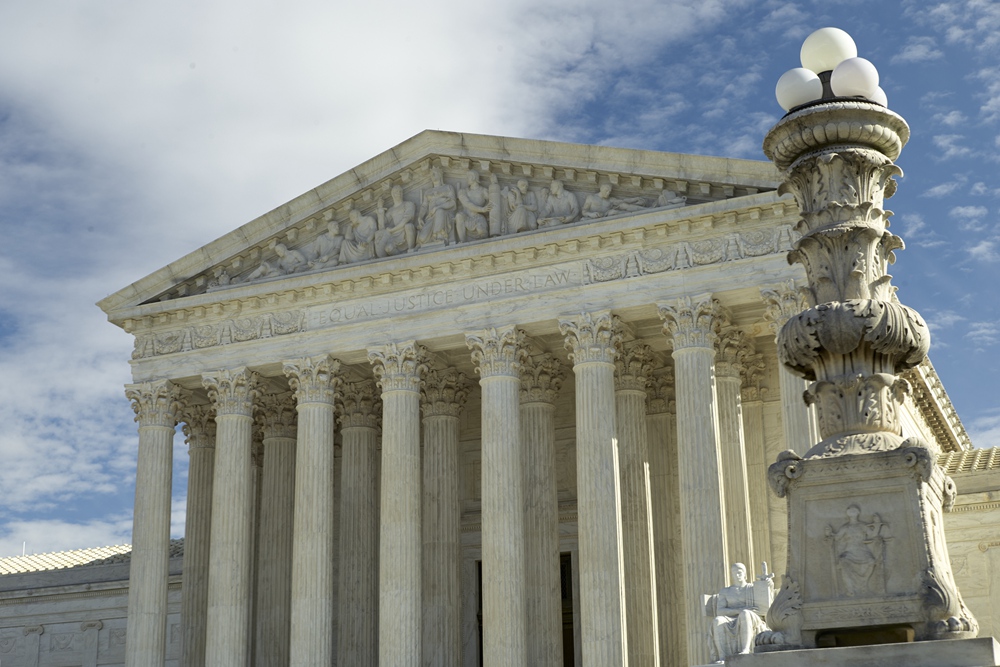 The number of Supreme Court justices has remained at nine since 1869, but Congress has the power to change the number and did so several times before that. Imposing term limits would likely require a constitutional amendment, though some scholars have proposed ways to accomplish it by statute.

White House Press Secretary Jen Psaki said the commission will represent the full political spectrum. It will include liberal and conservative legal scholars, former federal judges and lawyers who have appeared before the court. It will hold public meetings and have 180 days to report its findings.

Biden promised in October, late in the presidential election campaign, to establish the commission.

Republicans fiercely oppose the idea of what is sometimes called "court packing." Some Democrats and liberal activists have said all options including expansion must be considered to counter an entrenched conservative majority that could threaten abortion rights, civil rights, gun control and access to healthcare in the coming years.

Republican former President Donald Trump was able to appoint three justices during his four years in office, giving the court a 6-3 conservative majority. 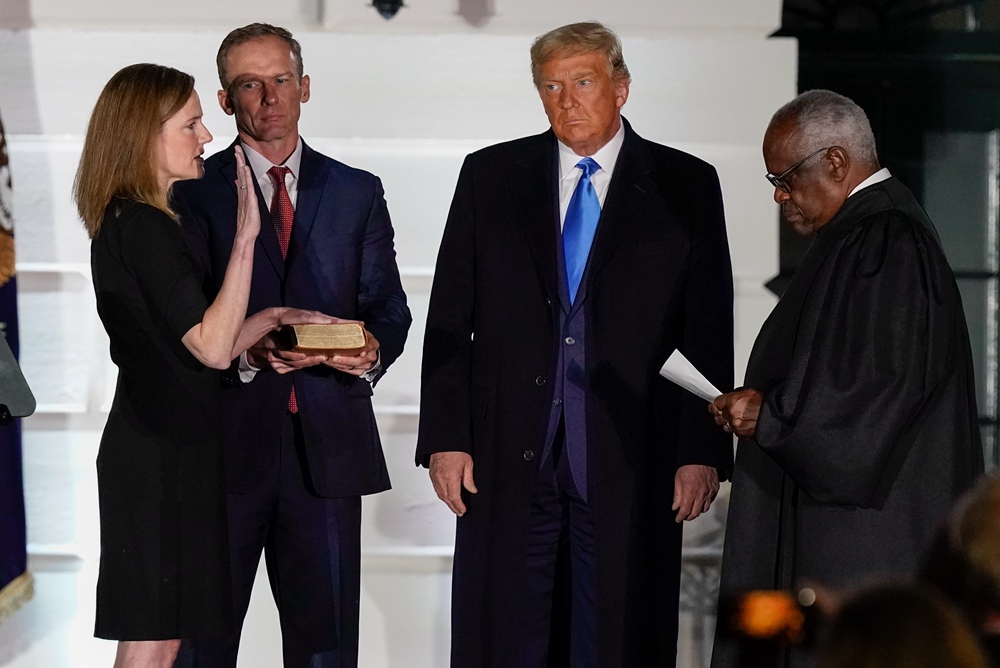 Then U.S. President Donald Trump (R2) watches as Supreme Court Justice Clarence Thomas administers the Constitutional Oath to Amy Coney Barrett (L1) in Washington, October 26, 2020, after Barrett was confirmed to be a Supreme Court justice by the Senate. /AP

Then U.S. President Donald Trump (R2) watches as Supreme Court Justice Clarence Thomas administers the Constitutional Oath to Amy Coney Barrett (L1) in Washington, October 26, 2020, after Barrett was confirmed to be a Supreme Court justice by the Senate. /AP

Some liberal activists on Friday demanded immediate action to expand the court. "Adding seats is the only way to restore balance to the court, and Congress should get started right away," said Aaron Belkin, who heads the liberal group Take Back the Court.

The last attempt to expand the court was a failed effort in the 1930s by Democratic President Franklin Roosevelt after a series of rulings frustrated some of his policies.