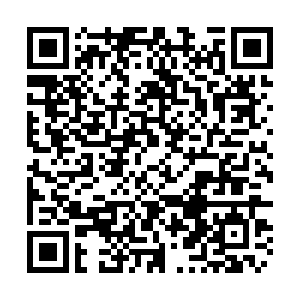 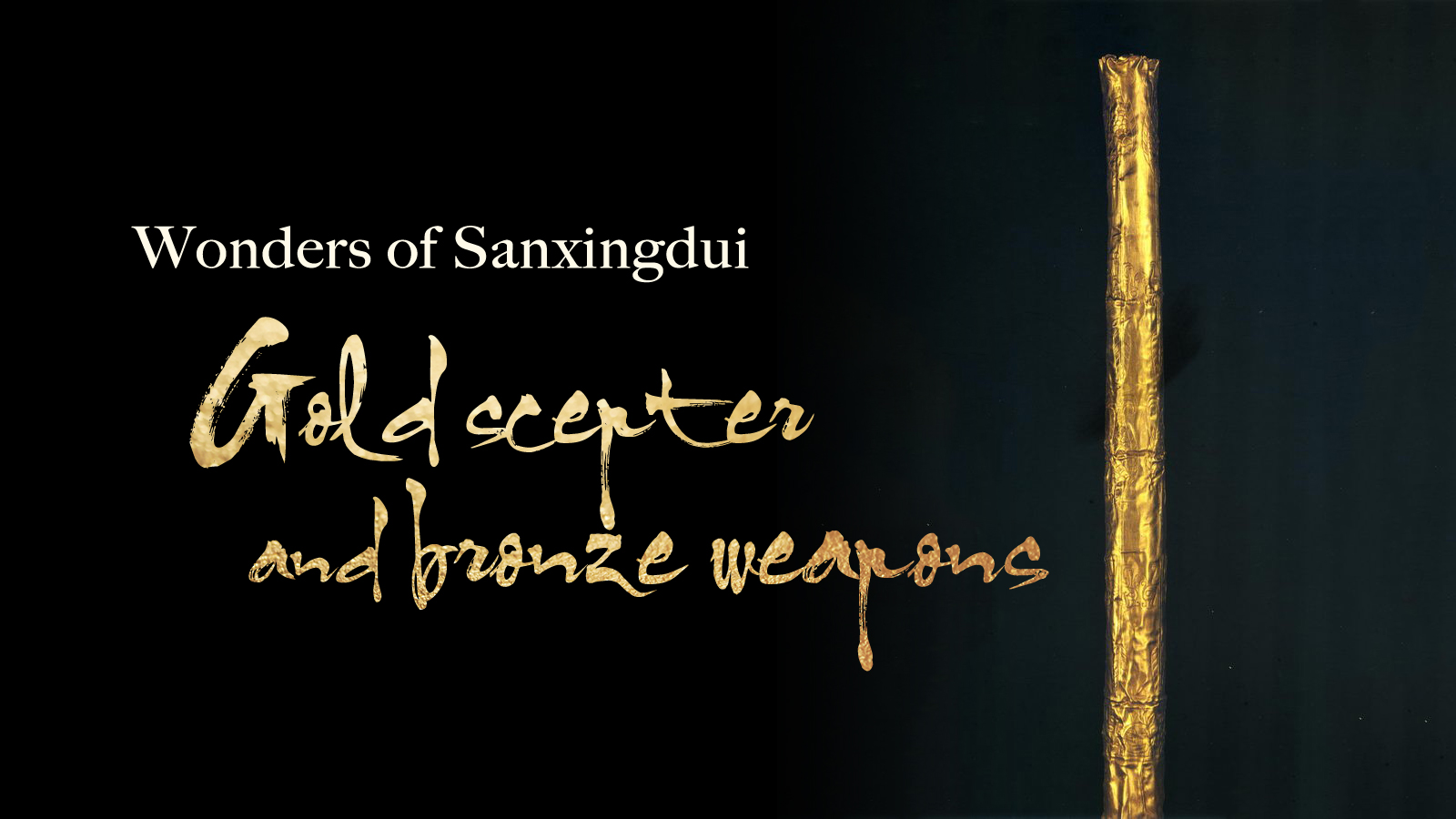 Among a large number of heritage sites and cultural relics across China, the Sanxingdui Ruins site is considered one of the most important ancient remains in the world for its vast size, lengthy period and rich cultural content.

Chinese archaeologists have discovered eight major sacrificial pits containing a wide range of cultural relics and artifacts, including thousands of gold and bronze objects, hundreds of masks and heads, artworks in jade and stone.

The archaeological discoveries and excavations at the site offer great historical evidence of the ancient Shu Kingdom from 5,000 years ago. The numerous gold objects and bronze weapons unearthed at the site showcase the sophisticated casting, smelting and manufacturing techniques at the time and shed light on the Sanxingdui civilization – its ancestor worship and state rituals.

Gold scepter from No. 1 sacrificial pit

Dating back around 4,000 to 3,600 years, the gold scepter, uncovered from the No.1 sacrificial pit at the Sanxingdui Ruins in 1980, was the largest of its kind unearthed in China at that time.

Only a layer of gold was discovered during the excavation. Archaeologists found that some charred wood residue had remained in the gold skin, as the wooden stick inside has been charred. 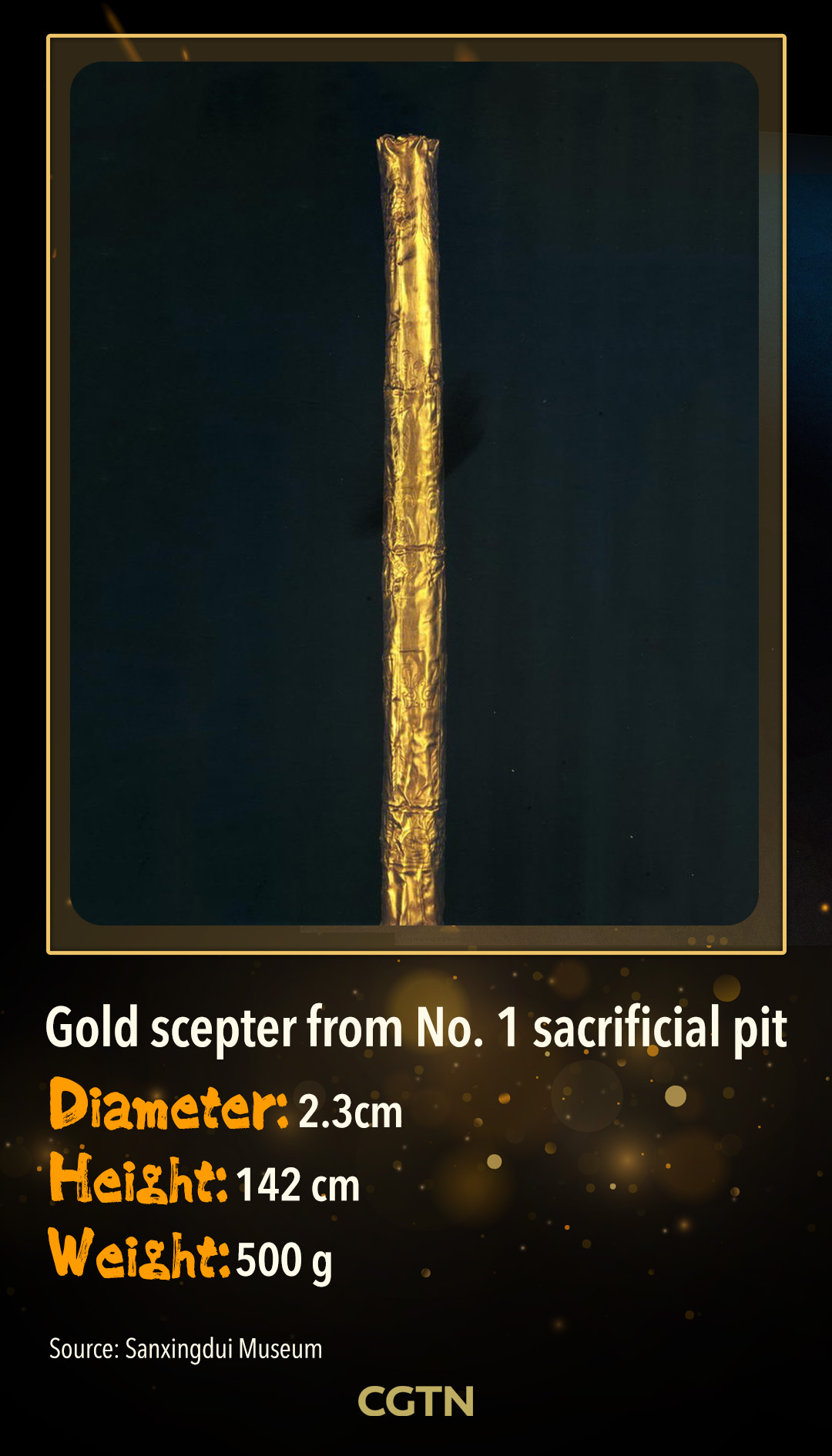 The precious object also reflects the fine gold beating and smelting techniques of the time, as the gold had to be hammered thin enough to cover the limited surface of the wooden stick.

Bronze ge from No. 1 sacrificial pit

Bronze weapons called ge, also known as the dagger-axes, were also found at the site. A total of 61 bronze ge were unearthed in the No. 1 and No. 2 sacrificial pits at the Sanxingdui Ruins, with the most found in the No. 1.

Five types of ge, each with a unique cross, were uncovered at Sanxingdui. As they are thin and not lethal, the bronze objects were likely made for ceremonial use. Archaeologists speculate that they were carried by a guard of honor or as a religious tool to ward off evil spirits. 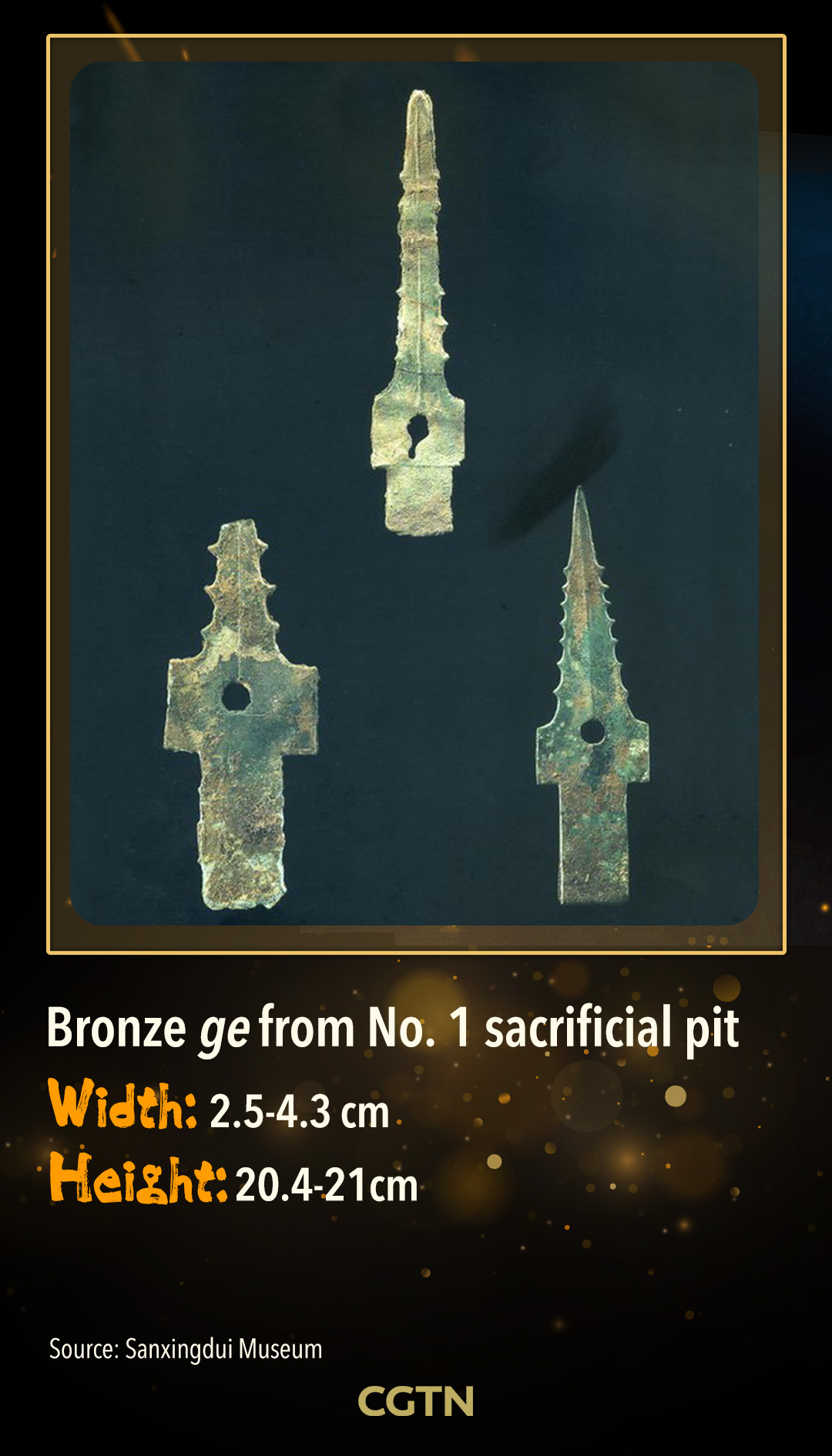 A bronze Sun-shaped device is one of the unprecedented ancient objects unearthed at the Sanxingdui Ruins. With a mythological design like the Sun, most of the researchers believe it is a symbol of the Sun, referring to people's worship of the Sun and god in ancient times.

Some also hold the view that it is an ornament on the shields used in wars, while others regard it as the wheel. However, many believe that it is a sacred artifact that embodies the spirit or power of a god and was used in religious rituals. 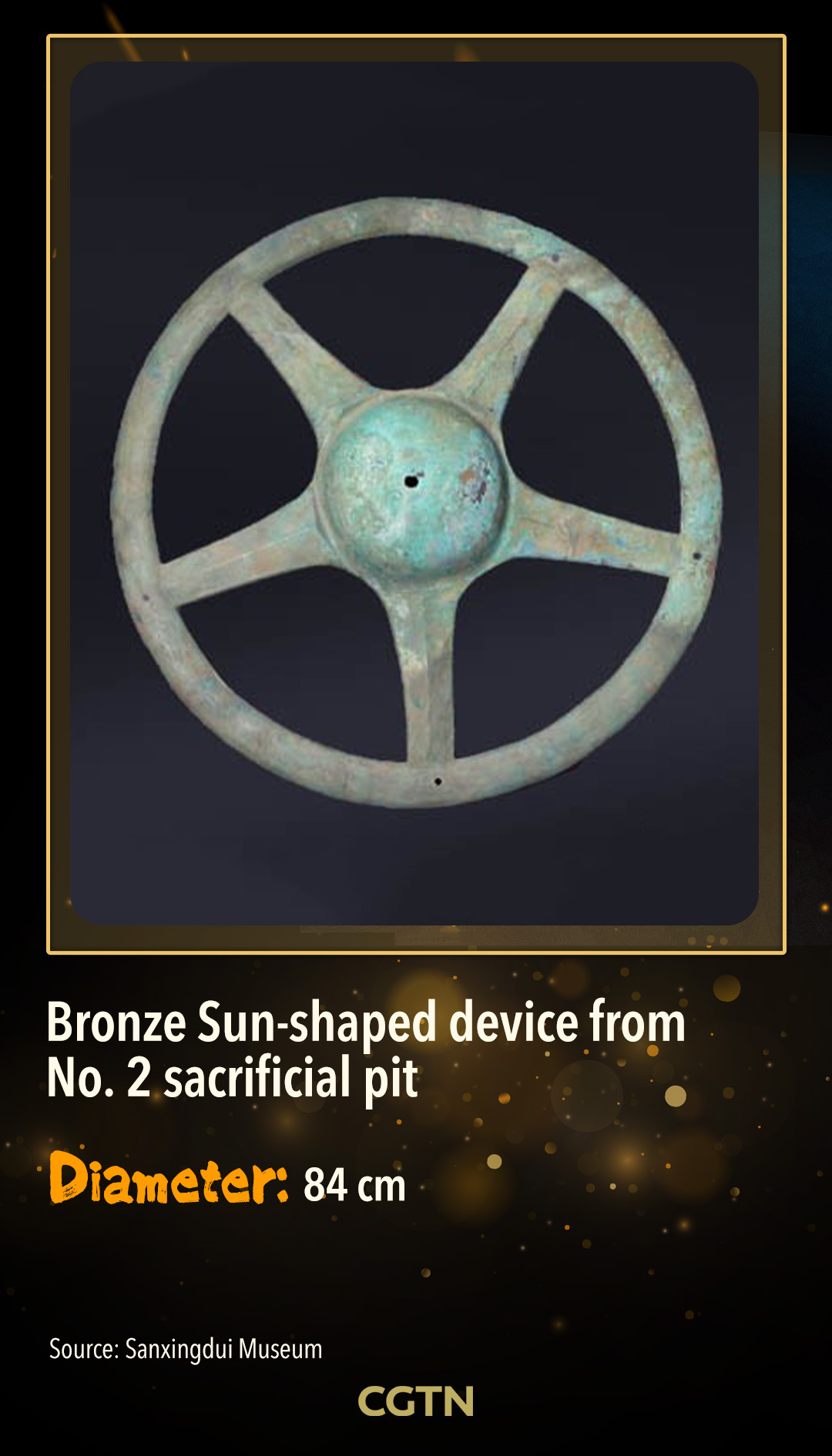 Archaeologists found lots of Sun-shaped patterns on many major objects unearthed at Sanxingdui, such as a giant bronze figure statue and a bronze heavenly tree, which show that the Sun worship was prominent in the religious culture of the ancient Shu Kingdom.

As an object of religious belief, the bronze device and other precious relics provide a significant foundation for further research on ancient Shu religious culture.