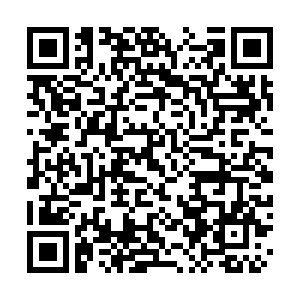 China's foreign trade volume in dollar terms surged by 37 percent year on year to $484.99 billion in April 2021, with both imports and exports continuing a strong rebound, data from the General Administration of Customs (GAC) showed on Friday.

Exports in dollar terms rose by 32.3 percent in April from a year ago to $263.92 billion, compared with the year-on-year growth of 30.6 percent seen in March, and above the predictions of 24.1 percent by Reuters and 24.5 percent by Bloomberg. 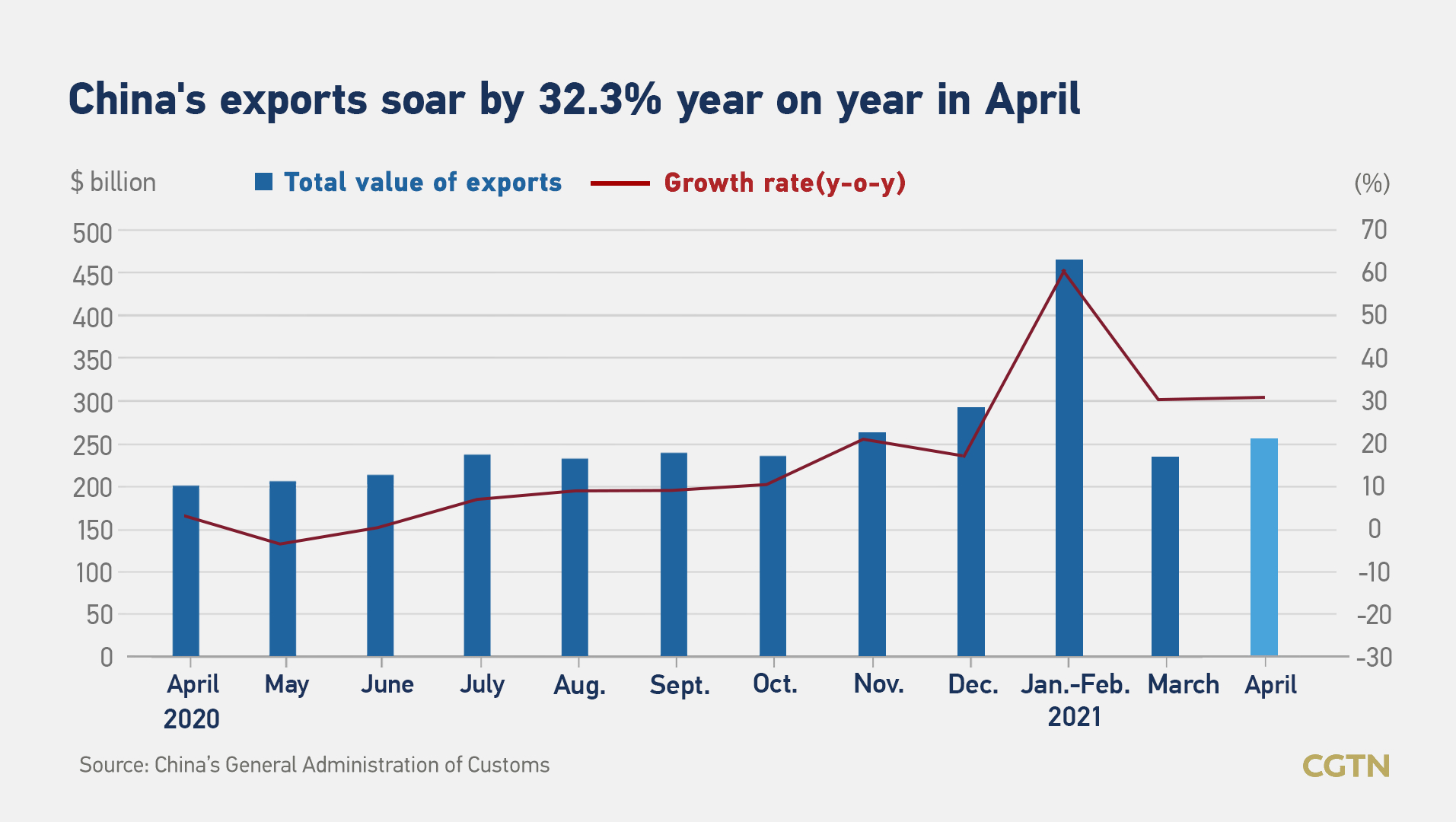 "Two factors likely contributed to the strong export growth. First, the U.S. economy is booming, boosting global demand. Secondly, the COVID-19 crisis in India caused a delay in production, therefore some orders were shifted to China," he said.

Zhang expected the country's export growth will stay strong into the second half of this year, as the two factors above will likely continue to favor Chinese manufacturers.

"Export will be a key pillar for growth in China this year. It also helps the RMB to perform well among emerging market currencies," Zhang said.

Imports in dollar terms soared by 43.1 percent last month on an annual basis to $221.06 billion, hitting a decade high, and up from the year-on-year growth of 38.1 percent in March.

It was slightly lower than an estimated growth of 44.4 percent forecasted by Bloomberg, but faster than the expected rise of 42.5 percent tipped by the Reuters poll.

But it remains to be seen if strong import growth, which was bolstered by higher commodity prices and largely due to the negative growth a year ago, could be sustained, Zhang Yi, chief economist at Zhonghai Shengrong Capital Management was quoted as saying by Reuters.

The country's total imports and exports surged by 38.2 percent to about $1.8 trillion in the first four months of 2021, according to GAC.

China's trade surplus in April was $42.86 billion, wider than a $28.1 billion surplus predicted by Reuters.

The Association of Southeast Asian Nations (ASEAN) remained to be China's No.1 trading partner, followed by the EU, U.S., and Japan.

China and the U.S. are expected to assess the implementation of their phase-one trade deal "in the near term," with the outcome to influence the future of bilateral trade ties, U.S. Trade Representative Katherine Tai said at the Financial Times Global Boardroom forum on Wednesday.

"The stimulus in developed economies (especially the U.S.) sustained demand for products manufactured in China, while the worsening COVID-19 pandemic in many emerging markets, including India and ASEAN, have also benefited China's exports," Lu Ting, chief China economist of Nomura, said in an email to CGTN.

It has made those emerging market countries less competitive against China, and in some cases, they have had to rely on China for personal protective equipment (PPE) and other products to combat COVID-19, Lu said.

"However, we believe Beijing will remain cautious in policy normalization, as the currently high rate of export growth may not last, especially considering the limited purchasing power of emerging market economies relative to developed market economies," said Lu.

Bilateral relations between China and Australia have soured since last year when Australia imposed anti-dumping duties on some Chinese products and multiple incidents of discrimination against Chinese students were reported in Australia.

China said on Thursday that it had decided to indefinitely suspend all activities under the framework of the China-Australia Strategic Economic Dialogue jointly held by the Chinese National Development and Reform Commission and relevant Australian ministries.