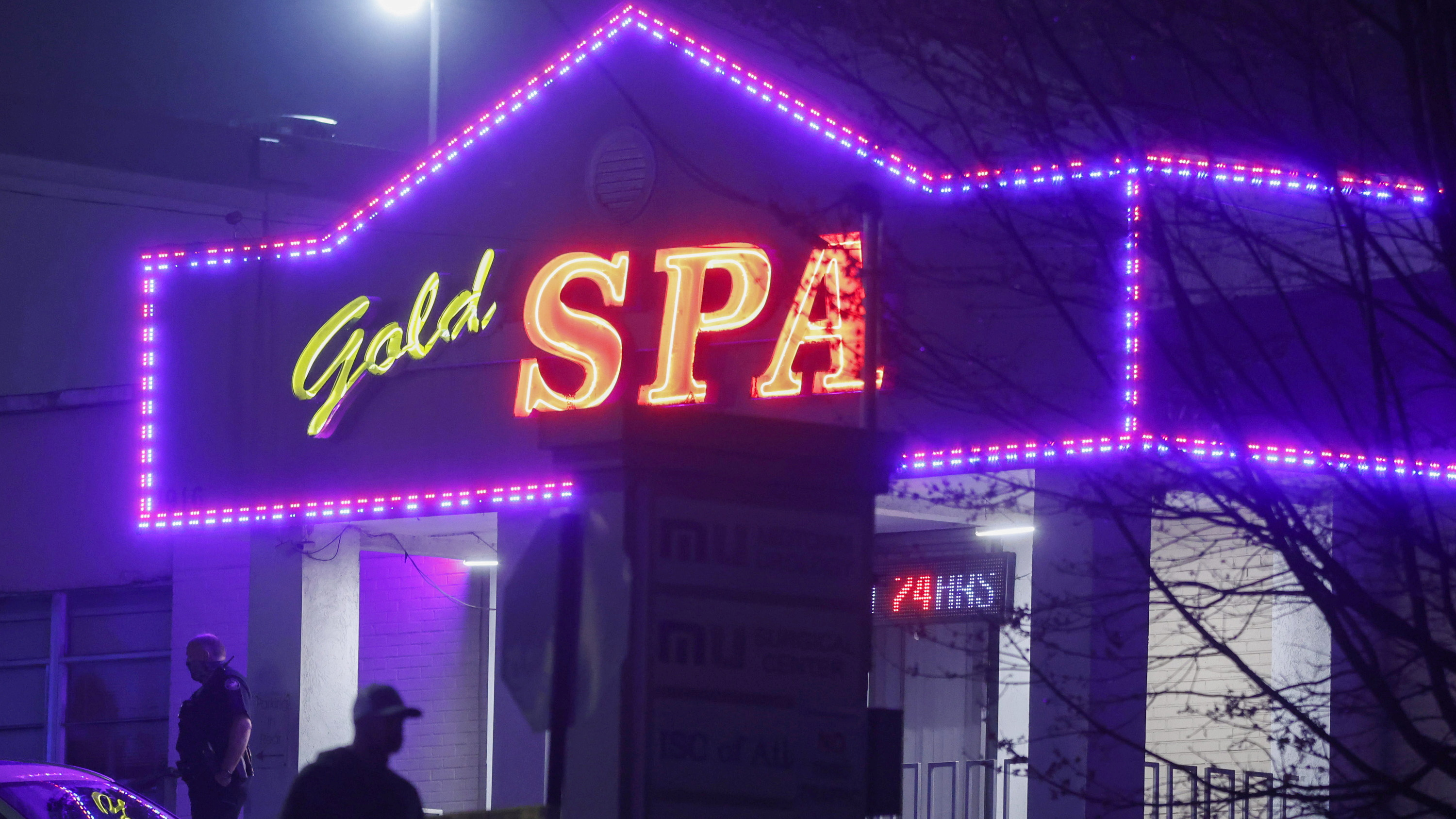 City of Atlanta police officers are seen outside of Gold Spa after deadly shootings at a massage parlor and two day spas in the Atlanta area, in Atlanta, Georgia, U.S., March 16, 2021. /Reuters

City of Atlanta police officers are seen outside of Gold Spa after deadly shootings at a massage parlor and two day spas in the Atlanta area, in Atlanta, Georgia, U.S., March 16, 2021. /Reuters

Prosecutors plan to seek the death penalty and file hate crime charges against the man accused of shooting dead eight people, including six women of Asian origin, in attacks on three spas in the southern U.S. state of Georgia.

Robert Aaron Long, 22, was indicted by a grand jury in Georgia's Fulton County on Tuesday for the murders of four women in a March 16 attack on two spas in the city of Atlanta.

Long, of Woodstock, Georgia, is facing separate charges related to an attack on a spa in Cherokee County the same day that left another four people dead.

The deaths of six women of Asian origin further stoked fears in an Asian-American population already alarmed by a surge in hate crimes during the coronavirus pandemic.

Tears and outrage: Victims of Georgia spa killings remembered by loved ones

Fulton County District Attorney Fani Willis said she planned to seek the death penalty against Long, who is white.

Long selected his victims because of their "actual or perceived race, national origin, sex, and gender," Willis said in a court filing.

Police said after Long's arrest that he had acknowledged carrying out the shootings but claimed they were "not racially motivated."

"(Long) apparently has an issue, what he considers a sex addiction," said Captain Jay Baker.

Long told police he had frequented massage parlors in the past and staged the attacks as a form of vengeance against "a temptation for him that he wanted to eliminate," Baker said.