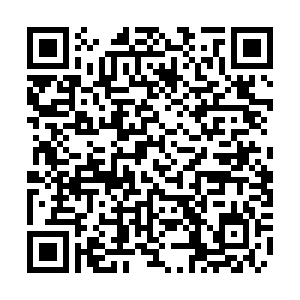 Wang Yi says that the escalating conflict between Israel and Palestine has caused a large number of casualties, including women and children, and the situation is extremely critical and severe. He says the international community must act urgently to prevent the situation from further deteriorating. In response to the current tensions, China advocates:

First, ceasefire is the current priority. China strongly condemns violent acts against civilians, and once again urges both parties to the conflict to immediately stop military and hostile actions, and stop actions that deteriorate the situation, including air strikes, ground offensives, and rocket launches. Israel must exercise restraint in particular.

Third, international support is an obligation. The Security Council must take effective action on the Palestinian-Israeli conflict, reiterate its firm support for the "two-state solution," and calm down the situation. Due to one country's obstruction, the Security Council has so far failed to make a unanimous voice. We call on the United States to shoulder its due responsibilities, adopt a fair stand, and support the Security Council in playing its due role in easing the tensions, rebuilding trust, and resolving the situation. We also support the United Nations, the League of Arab States, the Organization of Islamic Cooperation and other countries that have important influence on the region to play a more active role and make more effective effort.

Fourth, the "two-state solution" is an ultimate way out. An ultimate way out of the Palestinian issue lies in the implementation of the two-state solution. Justice is late, but it cannot be absent forever. China supports the resumption of peace talks between Palestine and Israel as soon as possible on the basis of the "two-state solution" and the establishment of a fully sovereign and independent Palestinian state based on the 1967 border, with East Jerusalem as the capital, and fundamentally realizing peaceful coexistence of Palestine and Israel, to achieve the harmonious coexistence of the Arab and Jewish nations and the lasting peace in the Middle East.

Wang Yi emphasizes that China is a sincere friend of the Palestinian people. Under the current situation, Chinese President Xi Jinping put forward China's "four-point proposal" on the settlement of the Palestinian issue in 2017, which is of greater practical significance.

China, as the rotating presidency of the United Nations Security Council for May, has pushed the UNSC to hold two rounds of urgent closed-door consultations on the Palestinian-Israeli conflict and drafted a Security Council press statement. China will continue to increase efforts to urge peace and promote talks, and fulfill the responsibilities of the chairman of the Security Council.

Israeli military airstrikes on Gaza City destroyed three buildings and killed at least 42 Palestinians Sunday, including 16 women and 10 children. The attacks also seriously injured 50 civilians, most of whom were women and children, and rescue efforts are still underway.