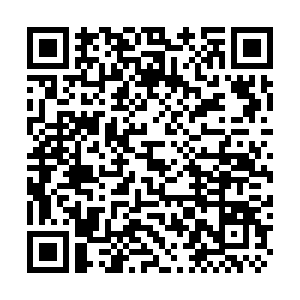 United Nations (UN) Secretary-General Antonio Guterres on Sunday pleaded for an immediate end to deadly Israeli-Palestinian violence, warning a Security Council meeting that the fighting could plunge the region into an "uncontainable" crisis.

Guterres made his remarks as he opened the United Nations Security Council (UNSC) debate on "The Situation in the Middle East, including the Palestinian Question", which is chaired by Chinese State Councilor and Foreign Minister Wang Yi.

Calling the violence that has killed nearly 200 people over the past week "utterly appalling," Guterres urged that "fighting must stop. It must stop immediately."

He also voiced alarm at the rise of extremist Jewish movements whose push to expel Palestinians out of Jerusalem helped trigger the crisis.

"In Israel, violence by vigilante-style groups and mobs has added a further horrendous dimension to an already deteriorating crisis," Guterres said. "Leaders on all sides have a responsibility to curb inflammatory rhetoric and calm the rising tensions."

"It has the potential to unleash an uncontainable security and humanitarian crisis and to further foster extremism, not only in the occupied Palestinian territory and Israel, but in the region as a whole," he added.

"Journalists must be allowed to work free of fear and harassment. The destruction of media offices in Gaza is extremely concerning," Guterres noted.

Israel on Saturday destroyed a tower block in Gaza housing the offices of the Associated Press and other media outlets.

"Rockets and mortars on one side and aerial and artillery bombardments on the other must stop. I appeal to all parties to heed this call," Guterres said.

He said the UN is "actively engaging all sides toward an immediate ceasefire" and called on them "to allow mediation efforts to intensify and succeed."