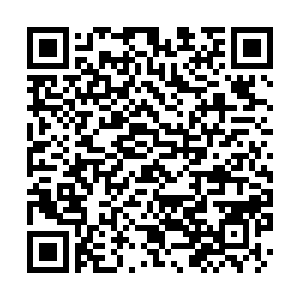 The Chinese government has prioritized the right to life in the fight against the COVID-19 pandemic and therefore succeeded in controlling its spread within its border, said a scholar at a human rights briefing in Beijing on Monday.

Zhang Yonghe, executive dean of the Human Rights Research Institute of the Southwest University of Political Science and Law, cited China's efforts to contain the epidemic as an example of the great importance the Chinese government has attached on its people's right to life.

Zhang's opinion was shared by Chang Jian, director of the Center for Human Rights Studies at China's Nankai University.

"From the pandemic, we can clearly see that China puts people's right to life and health in the first place while some countries may prioritize economic development, political votes or individual freedom, thus having very different results," said Chang.

Both scholars, together with officials, briefed reporters about China's implementation of the National Human Rights Action Plan of China (2016-2020), the third such plan since 2009, at the press conference by the State Council Information Office (SCIO).

In response to questions about Xinjiang, Li Xiaojun, a SCIO official, reiterated that the so-called human rights issues in the autonomous region hyped up by some foreign countries were purely fabricated.

"The past five years have actually been the best five years of Xinjiang human rights cause, with its residents seeing a remarkable improvement of their lives, and the poverty relief endeavor reaping great achievements," said Li. "Xinjiang has indeed made great progress in human rights development."

Does China care about human rights?

Chang said the Chinese government has further guaranteed its citizens' civil and political rights. To ensure people's freedom of religious belief, China built another 12 religious institutes and colleges from 2016 to 2020, bringing the total to 95, he said.

Citing data, Li Xiao from the Supreme People's Court said China had seen a better judicial protection of human rights, with 5,479 defendants declared not guilty, over 87,000 cases of national compensation concluded, and more than 200,000 cases of judicial assistance dealt with during the period.

"China advocates human rights dialogue and cooperation conducted on the basis of equality and mutual respect, opposes the politicization of human rights and the practice of a double standard, and objects to interference of others' domestic affairs under the pretext of human rights," said Li Xiaomei, special envoy of human rights issues of the Chinese foreign ministry.

Issued by the SCIO, the human rights action plan synchronized with China's 13th Five-Year Plan (2016-2020), ensuring the protection of human rights running in parallel with economic and social development, and vowing more resources and policy support for rural, remote and under-developed areas and aiming to ensure equal access to public services.