Download
CGTN Exclusive: Afghan women strive for a better future under the shadow of a Taliban deal
Jack Barton 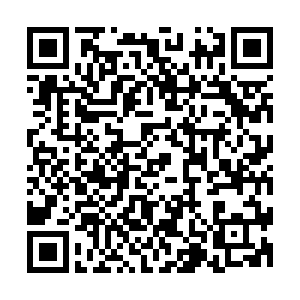 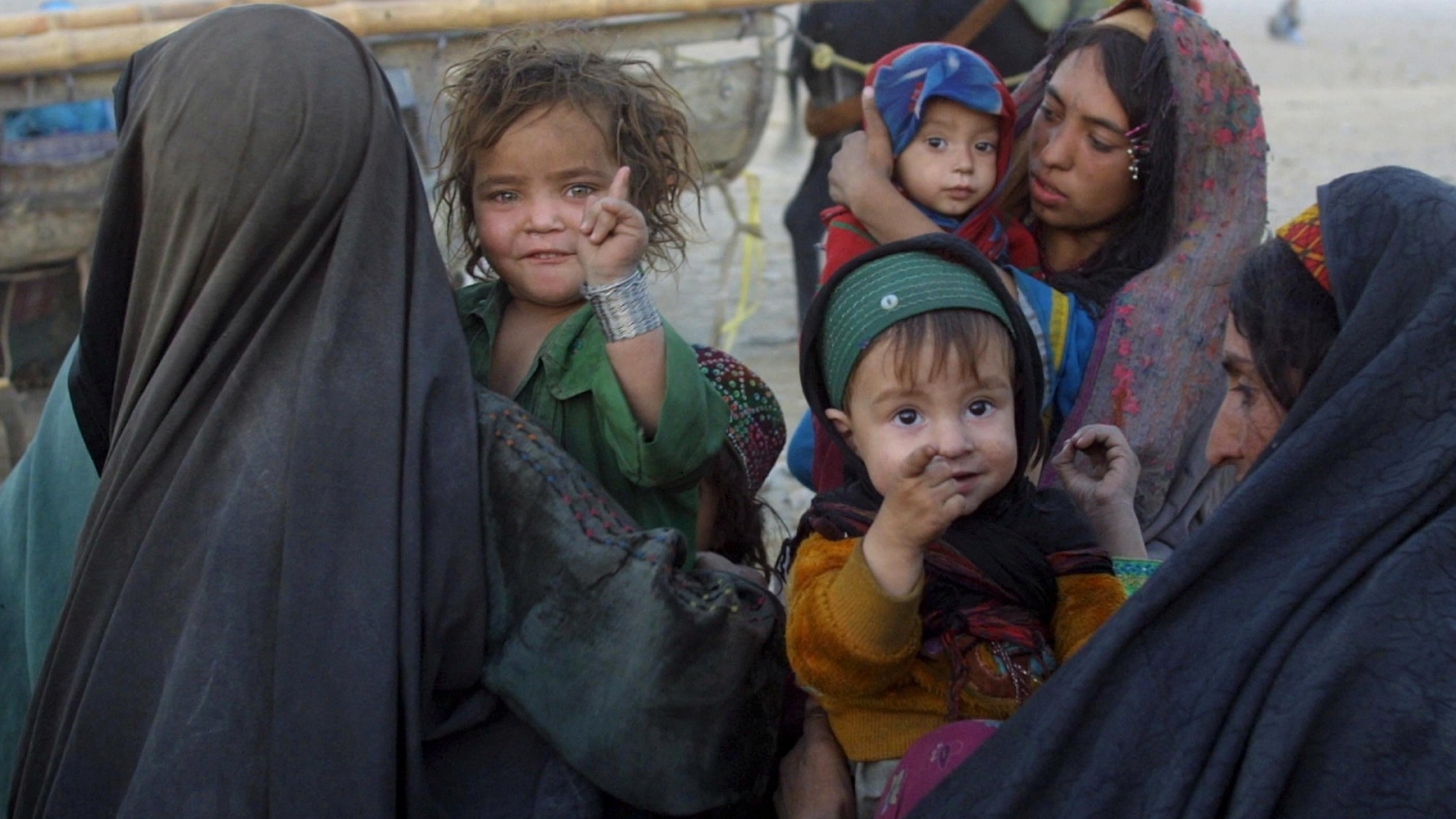 Editor's note: With no peace in sight after decades of war, gender inequality remains to be a reality in Afghanistan because of the Taliban's strict rules restricting women's rights. In Afghanistan, Jack Barton met exclusively with Simin Shams, who co-founded a university with her sister while in their teens, to talk about the gains and remaining challenges for women in Afghanistan, especially with all foreign forces set to withdraw.

Simin Shams grew up in a wealthy family in northern Afghanistan, a country where money does not spare anyone from the risk of death or abduction, which is why there is so much security around her house it even has a small military barracks. 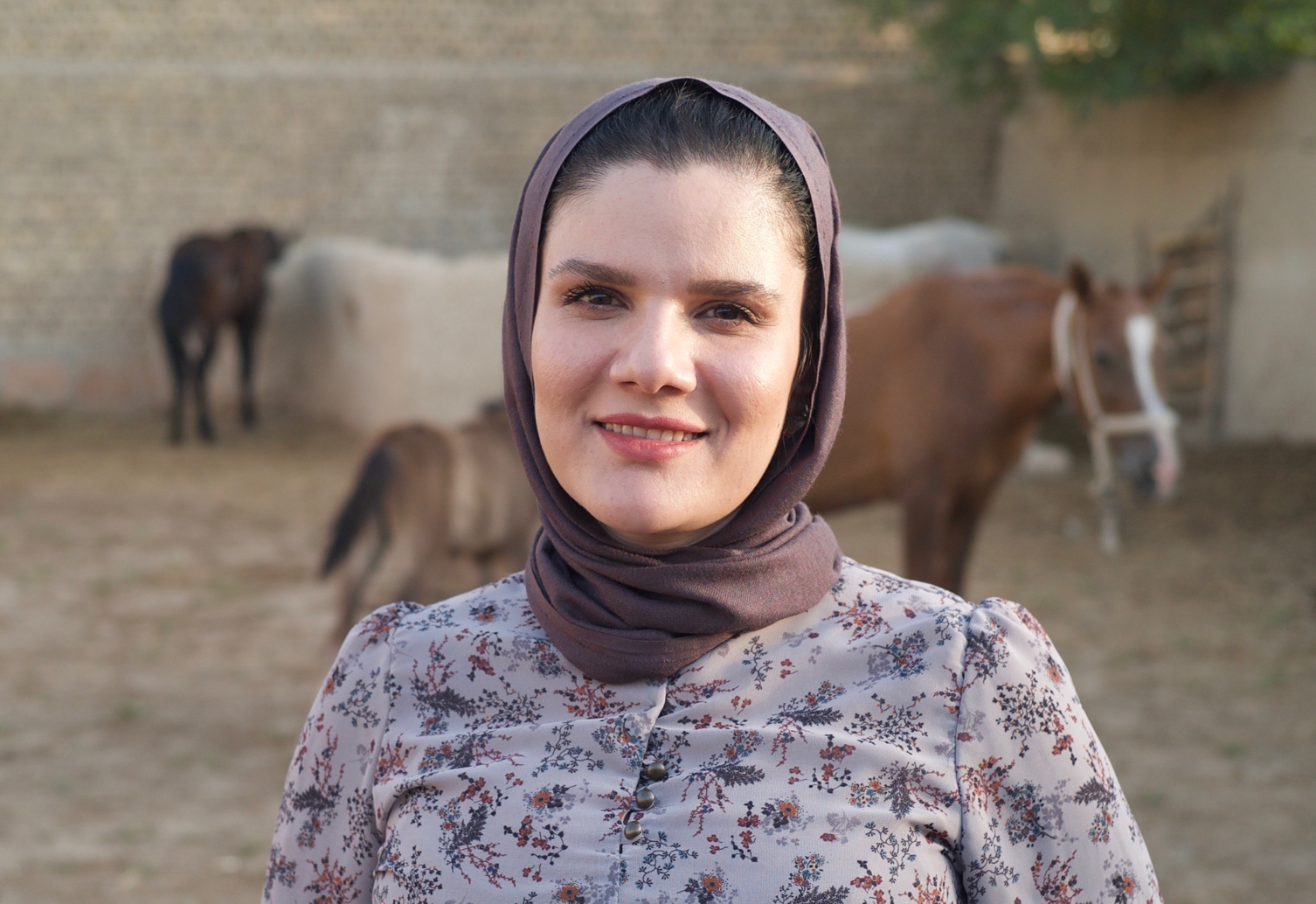 Simin Shams, founder of Taj University, spends time with her horses each day to take a break from the stress of running a university. /CGTN

Simin Shams, founder of Taj University, spends time with her horses each day to take a break from the stress of running a university. /CGTN

The children of many rich families have been sent abroad for their own safety. It was something that Simin even longed for until she considered those less fortunate.

"I was thinking, what about the girls who're living in rural areas in traditional families?" she says, adding "I stopped thinking of going abroad for my studies and decided to proceed with creating an environment for everyone that I wanted for myself: a university which has trust, security and credibility. I thought that I must build it."

At age 16 she teamed up with her sister Setarah and built Taj University in the northern city of Mazar-e Sharif. 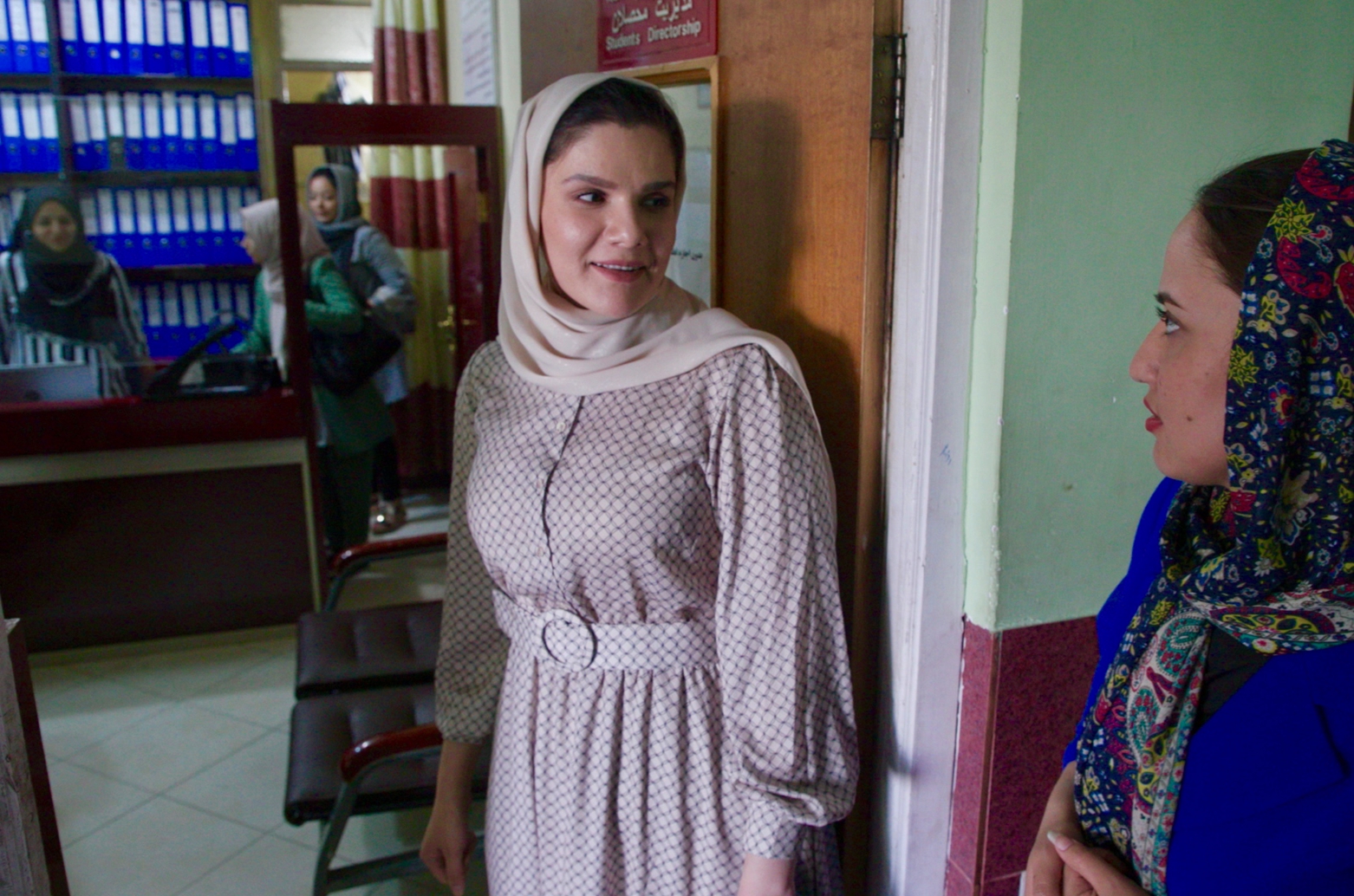 Since then, thousands of scientists, doctors, lawyers and economists have graduated from Taj University.

Simin's goal is to ensure equal representation for women among faculty staff and students. It is a goal that makes a difference far beyond campus grounds.

"Afghanistan is a country that has witnessed war for many years and needs progress just like other countries, so it needs women doctors, because there are men in rural areas who don't allow their wives to go to a male doctor," says Maryam Wolash, a medical student at Taj University.

Universities, along with women's education, were unthinkable when the Taliban ruled during the mid to late 1990s.

Women were forced to stay at home and allowed out only in times of emergency if they were accompanied by a husband or male relative. 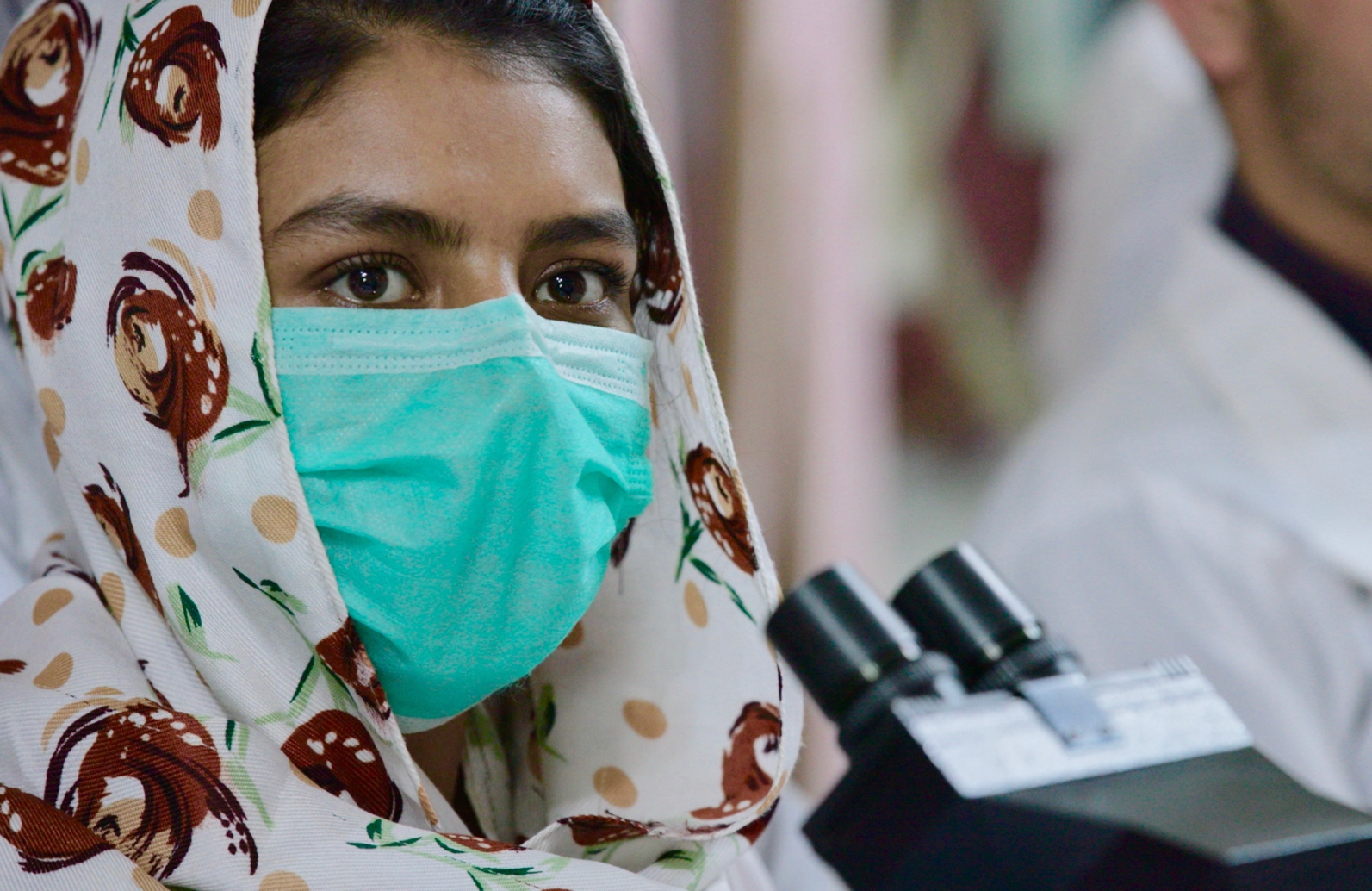 Afghanistan remains a deeply conservative, patriarchal society. That's why it is important to have more women running education institutions, according to Maryam Wolash.

"A woman founder in an educational organization helps attracting more women to education. Families with tough restrictions on their daughters can know that there are institutions to be trusted," she says.

Simin's sister Setara graduated from Taj University as a doctor and now runs her own skin care center in Mazar-e Sharif. She wants beauty to fill the void of rigid intolerance peddled by the Taliban.

"I know the Taliban. Their name is mixed with destruction and decay for more than 20, or nearly 30 years. From destruction of cities and our homeland to destruction of everything. Sometimes they even used to splash acid on women's faces. They're against beauty," says Setara. 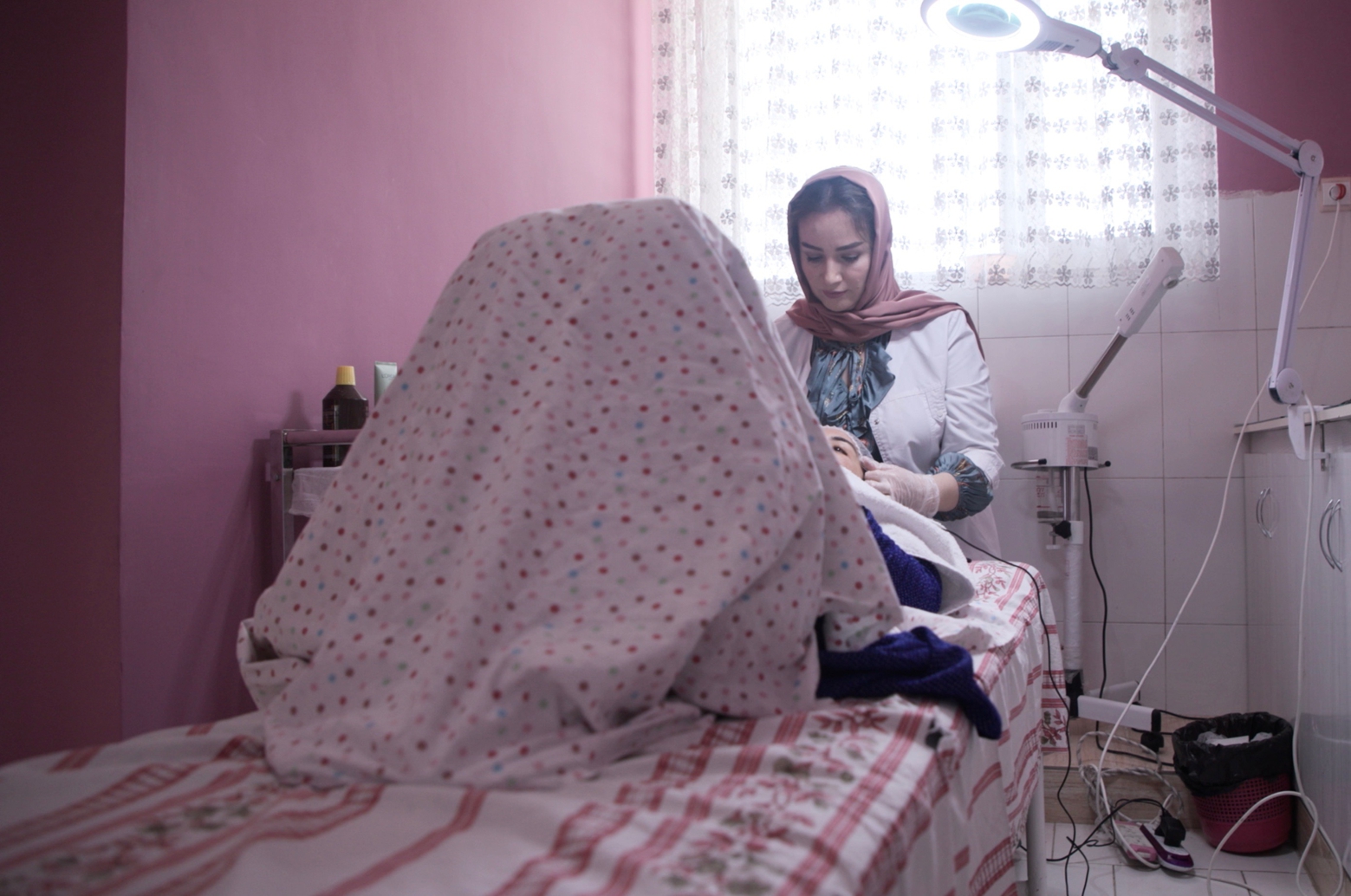 Both sisters worry about a peace deal with the Taliban that hands too much power to the group.

"If there'd be a deal with the Taliban, and again, if the Taliban gain a foothold in Afghanistan, we possibly may lose our achievements. It still worries me in my subconscious mind whether I will have to leave my homeland," says Simin.

She tries to remain optimistic.

"Afghan society is quite open for change, especially today's youth can swiftly and easily accept the changes of the modern world and adjust themselves accordingly. Despite the situation, if these circumstances can continue for the next 20-plus years, there will be significant progress."

Afghan translator : 'We fear for our lives'

Afghanistan talks peace even as violence escalates ahead of U.S. withdrawal