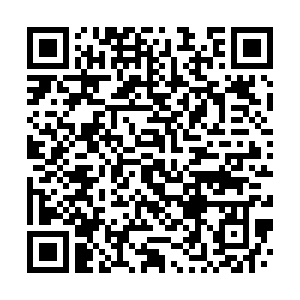 Xi Jinping, general secretary of the Communist Party of China (CPC) Central Committee, delivered a keynote speech at the CPC and World Political Parties Summit via video link on Tuesday.

Here are some highlights of Xi's speech.

Leave no country behind in pursuit of human well-being

On the road to the well-being of all mankind, no country or nation should be left behind, Xi told the summit.

All countries and nations are equally entitled to opportunities and rights to develop, he said.

Xi called on political parties to embrace an idea of global community with a shared future.

Xi Jinping: CPC will bear responsibilities for well-being of humankind

Democracy is the right of all peoples rather than an exclusive privilege of the few, Xi said, adding that there are multiple ways and means to realize democracy instead of a single stereotype.

The judgment on whether a country is democratic or not should be made by its people, not by a handful of others, he said.

There are different pathways toward well-being, and people of all countries are entitled to choose their own development path and institutional models, he stressed.

On politicization of COVID-19

Xi called on political parties worldwide to oppose the practice of politicizing the COVID-19 pandemic or attaching a geographical label to the virus.

"In the face of the ongoing COVID-19, we need to continue with a science-based response approach and advocate solidarity and cooperation so as to close the 'immunization gap,'" he told the summit.

China will never seek hegemony, expansion, or sphere of influence, and will always be a member of the developing world, Xi said.

He called for concerted efforts to oppose the practice of unilateralism disguised as multilateralism.

"We should stand opposed to the practice of unilateralism disguised as multilateralism and say no to hegemony and power politics," Xi said.

Xi: Oppose the practice of unilateralism disguised as multilateralism

On path to modernization

Every country's efforts to explore a path to modernization that suits its own national realities deserve respect, said Xi.

"There is no fixed model when it comes to the path to modernization. The one that suits you well will serve you well. And cutting the feet to fit the shoes will lead nowhere," he said.

The trend that countries stay open to cooperation remains unchanged and will not change, he stressed.

"The CPC is willing to enhance communication with political parties worldwide and jointly lead the economic globalization toward a direction that is more open, inclusive, shared, balanced and win-win," Xi said.