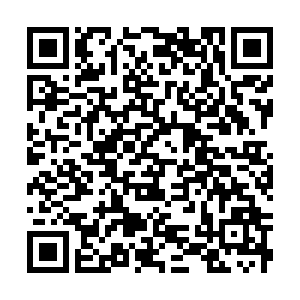 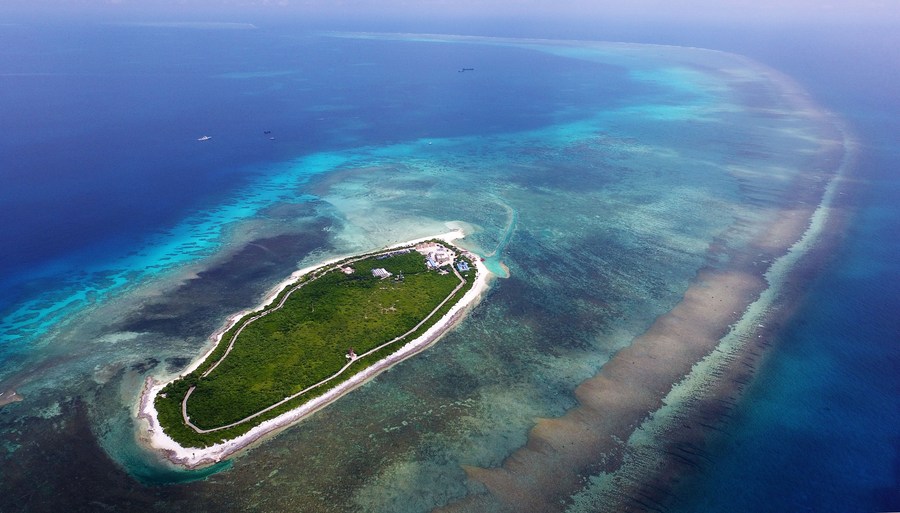 A U.S. statement on the South China Sea was extremely irresponsible as it aimed to provoke disputes over territorial sovereignty and maritime rights and interests in the South China Sea, sow discord among regional countries, and undermine peace and stability in the region, said Chinese Foreign Ministry spokesman Zhao Lijian on Monday.

U.S. Secretary of State Antony Blinken on Sunday said in the written statement that China continues to "coerce and intimidate Southeast Asian coastal states, threatening freedom of navigation" in the South China Sea.

The U.S. accusations against China disregard historical and objective facts, violate and distort international law, and break its long-standing public commitment of not taking position on the South China Sea sovereignty issues, said Zhao at a regular briefing in Beijing, adding China is strongly dissatisfied with and resolutely opposed to this wrongdoing of the U.S. side.

Zhao stressed China does not accept or recognize the so-called arbitration regarding the South China Sea five years ago, which violates the principle of "consent of the nation," breaches the United Nations Convention on the Law of the Sea (UNCLOS) and international law, and therefore is illegal and invalid.

"It is very clear to those with discerning eyes that the South China Sea arbitration case is a political farce. The U.S. side, as the initiator and mastermind of the farce, just attempts to smear and suppress China," he added.

The spokesperson made it clear that the U.S. has conducted nearly 2,000 air and sea reconnaissance missions and more than 20 large-scale maritime military drills targeted at China since the beginning of this year. It has also abused bilateral military agreements with Cold War overtones to threaten to use force against China, which reveals its hegemony, he added.

"Who is indeed doing coercion and intimidation in the South China Sea? And who is threatening the freedom and safety of navigation?" asked Zhao. "The truth is self-evident."

The U.S. can't be part of the conversation to solve issues in the SCS

China, as a founding signatory country to the UNCLOS, has always safeguarded its authority and integrity with concrete actions, he said, calling on the U.S. to join the convention first before using it to accuse others.

Thanks to concerted efforts by the regional countries, China included, the South China Sea has been smooth and safe for navigation, and it has not been heard that any vessel's passage is obstructed or its safety threatened, and the U.S. claim simply does not hold water, said the Chinese Foreign Ministry spokesman.

He urged the U.S. to stop making trouble and respect China's sovereignty and rights and interests in the South China Sea, which have been formed in the course of history and have sufficient historical and legal basis.

Zhao reiterated that China has always dealt with the issue through friendly negotiations and consultations, and treated countries adjacent to the South China Sea on an equal footing, and it has exercised the utmost restraint in safeguarding its sovereignty and rights and interests in the South China Sea. 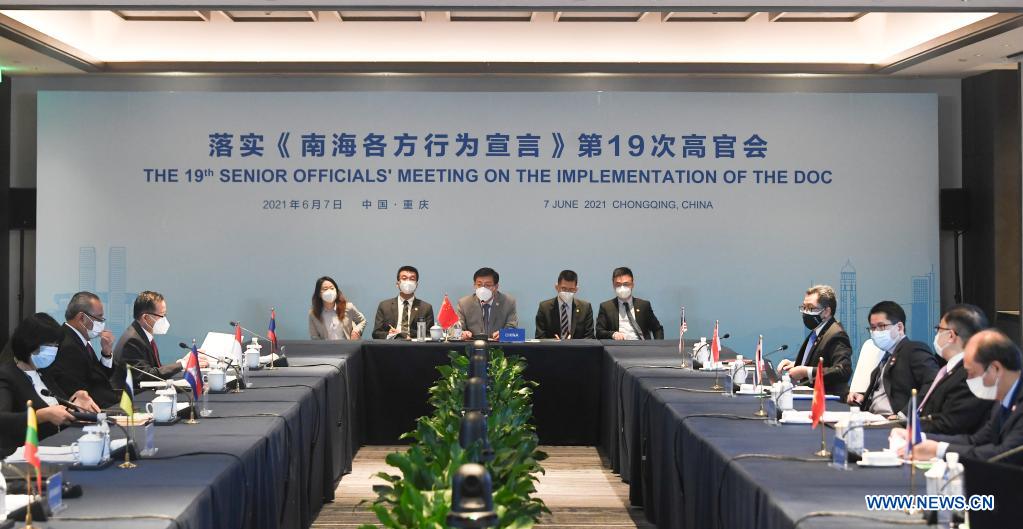 Officials from China and the Association of Southeast Asian Nations countries attend the 19th Senior Officials' Meeting on the Implementation of the Declaration on the Conduct of Parties in the South China Sea in Chongqing, southwest China, June 7, 2021. /Xinhua

Officials from China and the Association of Southeast Asian Nations countries attend the 19th Senior Officials' Meeting on the Implementation of the Declaration on the Conduct of Parties in the South China Sea in Chongqing, southwest China, June 7, 2021. /Xinhua

"The United States and countries outside the region should respect the efforts of the regional countries to maintain peace and stability in the South China Sea," said the spokesperson.

Wu Shichun, president of the National Institute for South China Sea Studies, said on Monday that Blinken's statement was aimed at shoring up the U.S.'s relations with the Philippines, which took a hit during the Donald Trump administration.

"It violates the U.S. government's long-standing commitment to not taking sides on the South China Sea issue," Wu told CGTN. "And let's not forget the U.S. has not yet joined the UN Convention on the Law of the Sea, so it has no right to talk about maritime rights or duties with China."

Wu described the Unites States as an "out-and-out troublemaker" in the South China Sea and called on relevant countries in the region to deepen trust through maritime cooperation in various areas.