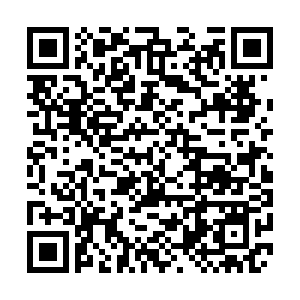 U.S. Deputy Secretary of State Wendy Sherman will visit Tianjin in north China, Chinese leaders are expected to review the performance of the Chinese economy in the first half of the year, and the United States and Russia will hold nuclear arms control talks in Geneva.

The U.S. has proposed to arrange Sherman to visit China to exchange views on bilateral ties, according to the Chinese Foreign Ministry. Agreed by both sides, she will visit Tianjin from July 25 to 26.

Commenting on Sherman's visit, Wang said on Saturday that if the U.S. has not learned how to treat other countries equally, China and the international community have the obligation to help Washington make up for this lesson.

In late July every year, members of the Political Bureau of the Communist Party of China (CPC) Central Committee hold a meeting to review the performance of the Chinese economy in the first half of the year and make arrangements for the economic work for the second half of the year.

China's gross domestic product (GDP) expanded 12.7 percent year on year in the first half of 2021 as recovery continues to be firm, according to data released by the National Bureau of Statistics earlier this month.

On July 12, Chinese Premier Li Keqiang presided over a symposium on the economic situation attended by experts and entrepreneurs. Li called for efforts to improve the country's range-based regulation of macroeconomic policies, prioritize employment and stimulate the vitality of market entities to sustain the long-term upward momentum of the economy.

As the world's second-largest economy strives to further consolidate recovery and promote high-quality development, the upcoming meeting of the Political Bureau of the CPC Central Committee is highly anticipated.

One month and a half after the summit between U.S. President Joe Biden and Russian President Vladimir Putin in Geneva, officials of the two countries will meet on July 28 in the Swiss city for their first round of nuclear strategic stability talks.

The U.S. State Department announced on Friday that Deputy Secretary of State Sherman will lead the U.S. delegation for the talks.

Sunday: China marks the 94th anniversary of the founding of the People's Liberation Army (PLA).