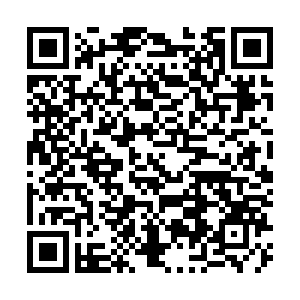 China's Foreign Ministry Friday said there're enough reasons that an investigation into the origins of COVID-19 should be conducted in the U.S. after an anonymous U.S. official reportedly claimed there's no reason to do so.

"Symptoms of a large-scale outbreak of e-cigarette pneumonia in Wisconsin, U.S., in July 2019 are very similar to those of COVID-19, does that count as a reason?" Zhao said.

The spokesperson pointed that some U.S. states' data even suggested the presence of the virus in the country was much earlier than previously known, in some cases even earlier than the first cases reported in China.

"There have been more than 200 people from the U.S. or countries closely related to it publicly said on Facebook and other social media that they, themselves, or others had been infected with a disease suspected to be COVID-19 as early as around November 2019," Zhao continued.

"Twelve countries including Costa Rica and Kenya have publicly stated that their 'patient zero' of COVID-19 was imported from the U.S.," Zhao added, indicating yet another ground why the U.S. should be probed.

Why do some in China want a COVID-19 investigation into Fort Detrick laboratory in the U.S.?

China: U.S. should invite WHO to probe Fort Detrick and University of North Carolina

China has repeatedly accused the U.S., which has the highest death toll and confirmed cases of COVID-19 so far, of politicizing scientific study on COVID-19 to smear China and to cover its own failure of pandemic response.

China's Foreign Ministry has called on the U.S. multiple times to invite World Health Organization (WHO) experts to study COVID-19 origins on its soil.

Since July, more than 25 million Chinese netizens joined the call and signed an online petition calling on the WHO to probe U.S.'s Fort Detrick lab.

Earlier this week, Chen Xu, permanent representative of China to the UN office at Geneva and other international organizations in Switzerland, wrote a letter to the chief of the WHO and raised concerns over the U.S. labs.

If some parties are of the view that the "lab leak" hypothesis remains open, it is the labs of Fort Detrick and the University of North Carolina in the U.S. that should be subject to transparent investigation with full access, Chen said.

Chinese envoy writes to WHO chief on COVID-19 origins-tracing