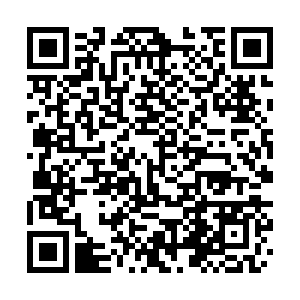 In the upcoming week, the United States will complete its military withdrawal from Afghanistan by the August 31 deadline set by President Joe Biden, and China will commemorate the 76th anniversary of the victory of Chinese People's War of Resistance against Japanese Aggression and the World Anti-Fascist War.

The U.S. is escalating its troops' withdrawal from Afghanistan amid the White House's warning that the next few days are likely to be the most dangerous of its evacuation operation.

The U.S. and allies have taken about 113,500 people out of Afghanistan in the past two weeks, the White House said.

In the wake of an ISIS-K attack at the Kabul airport that killed scores of Afghans and 13 American troops on Thursday, the U.S. carried out drone strikes and said it killed two ISIS militants planning attacks in Afghanistan.

U.S. on alert for more Kabul attacks as it races to complete evacuations

As the U.S. evacuation nears its end, the Taliban on Saturday said they are preparing a new cabinet and expect that the sharp currency falls and economic turmoil following their takeover of Kabul two weeks ago will subside.

Zabihullah Mujahid, Taliban's main spokesman, appealed to the U.S. and other Western nations to maintain diplomatic relations after their withdrawal.

The exact date of the formation of a new cabinet remained unclear.

China has been calling for the Taliban to work with all parties in the country in setting up an open and inclusive political framework, make a clean break with all kinds of international terrorist forces and pursue a peaceful and friendly foreign policy, particularly developing friendly relations with neighboring countries.

China will commemorate the 76th anniversary of the victory of Chinese People's War of Resistance against Japanese Aggression and the World Anti-Fascist War on Friday.

In 2014, China designated September 3 as the country's Victory Day of the Chinese People's War of Resistance against Japanese Aggression. The Chinese government has said the aim is to commemorate the sacrifices made during the war and avoid a repeat of such catastrophes in the future.

Thursday: Mexico's finance minister Rogelio Ramirez de la O will speak at an event organized by Moody's Investors Service in a panel on how the COVID-19 pandemic has impacted Mexico's sovereign credit profile.

Friday: China commemorates the 76th anniversary of the victory of the Chinese People's War of Resistance against Japanese Aggression and the World Anti-Fascist War.