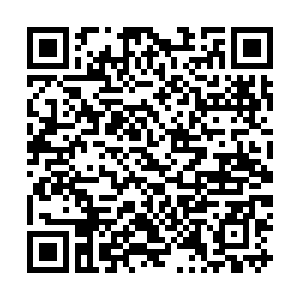 The conservation of Hainan gibbons in China is a success for biodiversity preservation worldwide, the International Union for Conservation of Nature (IUCN) announced on Sunday during the ongoing 7th World Conservation Congress (WCC).

Hainan gibbon, the most endangered of all gibbons and the world's rarest primate, is endemic to the southern Chinese island of Hainan. Its population has increased from as few as seven to nine in the 1980s to 35 today, according to a report released at the WCC held both online and in-person in Marseille, France.

The report, titled "The Hainan Gibbon Case Study: Effectively Saving a Critically Endangered Species" and written by 15 experts from 11 organizations worldwide, was released at a press conference simultaneously held in Marseille and Haikou, capital of Hainan.

The success of this case was achieved "thanks to efficient protection by the Chinese central to local governments and a combined effort by Chinese and international scientists and conservation communities to understand the behavioral ecology of these gibbons," Susan Cheyne, a specialist on small apes with the IUCN Species Survival Commission (SSC), told the press via video link. 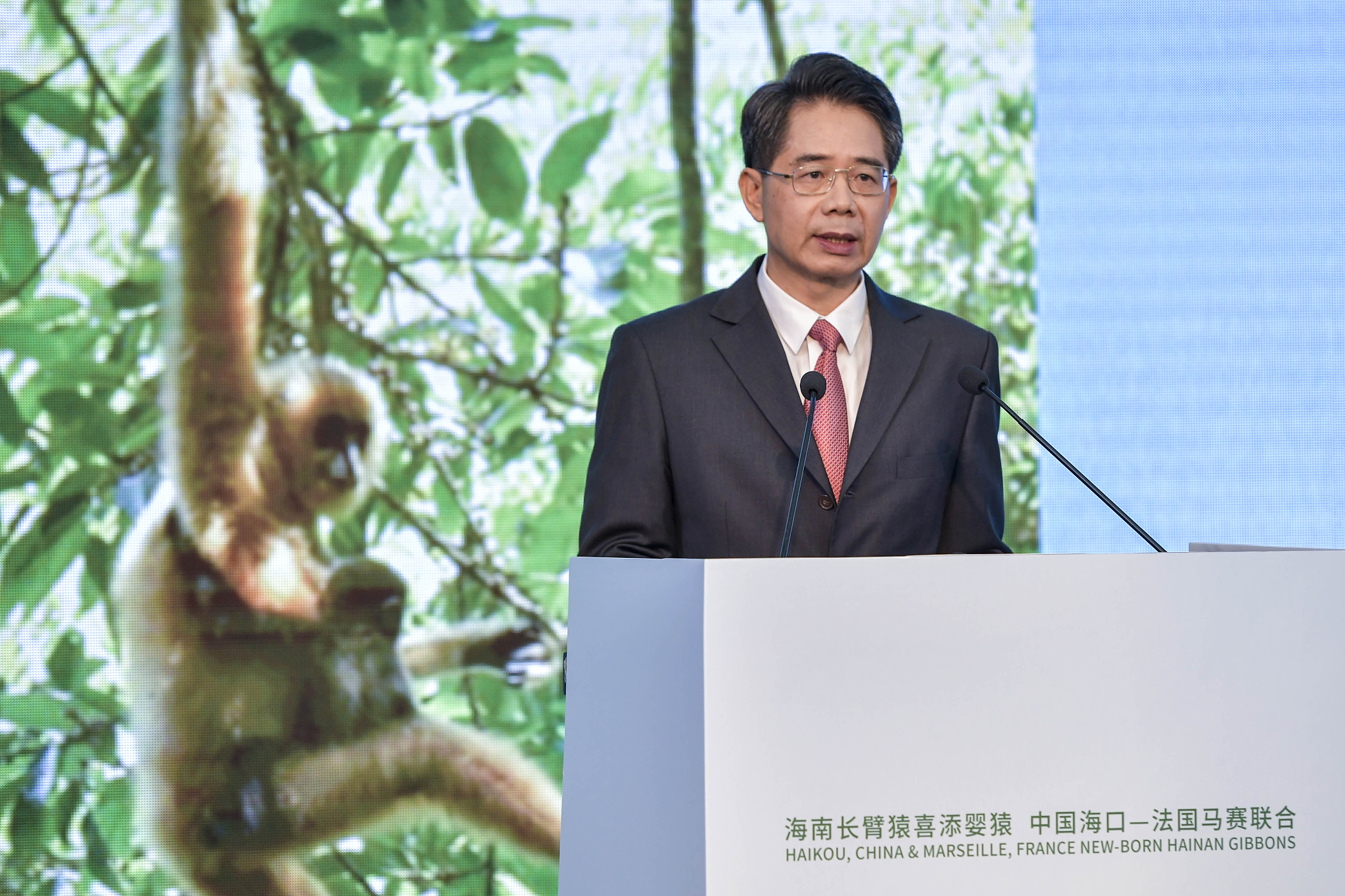 Dubbed as "Giant Pandas of Hainan," Hainan gibbons are currently found only in a single reserve, Bawangling Nature Reserve, which is part of the Hainan Tropical Rainforest National Park.

In March, the monitoring team found that two of the Hainan Gibbon groups each added a baby ape, 7 months old and 6 months old, respectively, said Huang Jincheng, director of the Forestry Department of Hainan Province, at the press conference.

"Continuous monitoring shows that the two baby apes are in good health and growing well," said Huang. "So far, the population of Hainan gibbons has recovered to five groups with a total of 35 individuals."

"Hainan gibbon is a very important example of how we can have a conservation success even when a species gets down to a very low level," said Russell Mittermeier, chairman of the IUCN-SSC Primate Specialist Group. 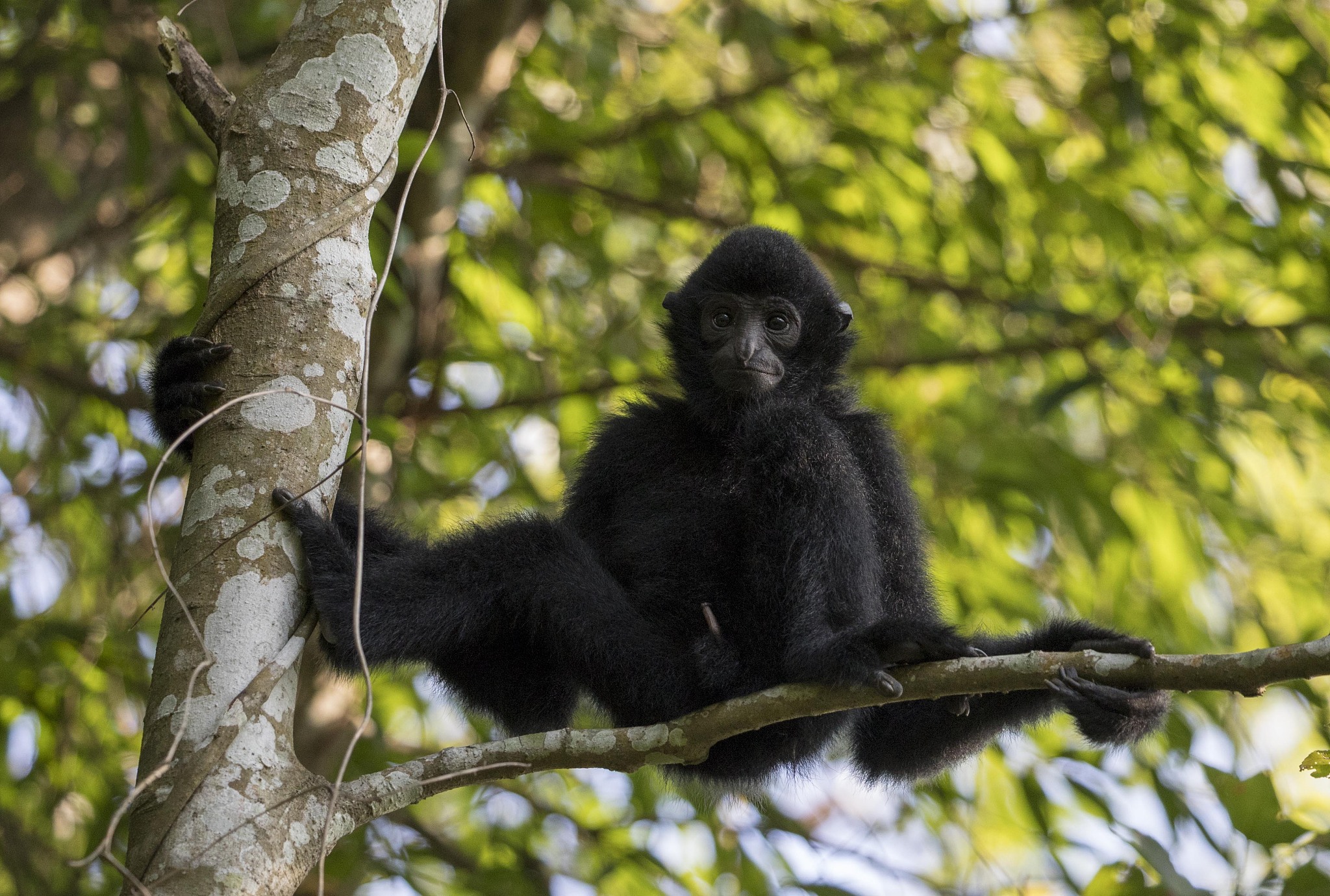 The experiences of this case should be applied to other members of this endangered genres, he added.

Vance Martin, president of the U.S.-based WILD Foundation, told Xinhua after the conference that the case of the Hainan Gibbon is very special because of its extremely low number.

"China's example with eco-civilization, and looking at big picture and putting the big picture to work locally in particular areas with community involvement, is exactly what the world needs to do," he concluded.