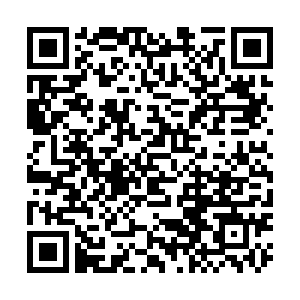 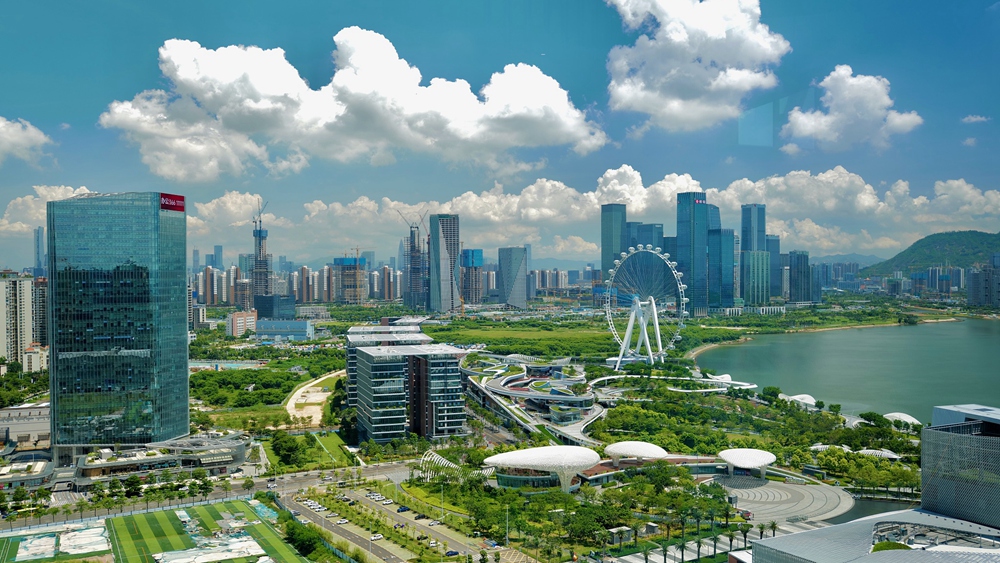 The promulgation of the Qianhai plan will foster Hong Kong-Shenzhen cooperation at a higher level under which the two cities can serve as "dual engines" to drive development in the Greater Bay Area, Lam said.

The plan will enrich the implementation of "One Country, Two Systems," deepen reform and expand the scope of opening-up, and enhance the level of cooperation among Guangdong, Hong Kong and Macao, she said.

Hong Kong will capitalize on its own advantages to assist in promoting the full liberalization of trade in services in Qianhai, greater mutual access of the financial markets and a higher level of opening-up in legal matters, thereby expanding the room for development for professionals in different sectors and enterprises in Hong Kong, Lam said.

Lam also said the Hengqin plan will create favorable conditions for the diversified development of Macao and Hong Kong's business and professional sectors will also feel excited about this development. 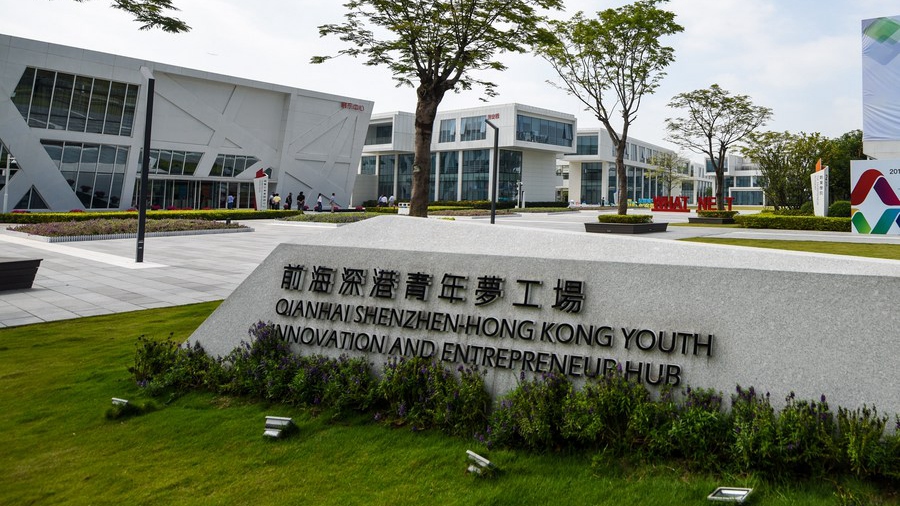 'The biggest opportunity for Hong Kong lies in the mainland'

The Liaison Office of the Central People's Government in the HKSAR said Monday that the Qianhai plan will enrich the implementation of "One Country, Two Systems" and offer Hong Kong, which has returned from chaos to stability and is marching toward greater prosperity, a broader arena of development.

Shenzhen's Qianhai: A place for Hong Kong entrepreneurs to innovate

The plan will deepen Shenzhen-Hong Kong services cooperation and bolster Hong Kong's economic and social development, a spokesperson of the liaison office said in a statement, stressing that the central government always supports Hong Kong in developing its economy and improving people's livelihood and has rolled out a series of favorable policies for the global financial hub.

The new blueprint emphasizes bringing Hong Kong's traditional advantages of high-end professional services into full play and will deepen opening-up in areas, such as services trade and finance and legal affairs, in the zone, offering huge opportunities for Hong Kong's professionals and enterprises and helping Hong Kong to further integrate into the "domestic circulation" and "dual circulation" development, the spokesperson said.

(Cover: A view of the OCT Harbor near Qianhai in Shenzhen, south China's Guangdong Province. /CFP)