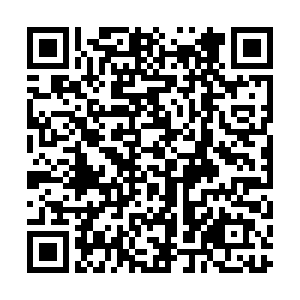 In the week ahead, Chinese State Councilor and Foreign Minister Wang Yi will continue his tour in Southeast and East Asia, a summit of the Shanghai Cooperation Organization (SCO) will be held in Tajikistan, and a key election will take place in China's Hong Kong Special Administrative Region (HKSAR).

Wang is on a four-nation tour in Southeast and East Asia from September 10 to 15. After meeting with Vietnamese politicians in Hanoi, he will travel to Cambodia, Singapore and the Republic of Korea (ROK).

All these countries are China's "close neighbors and important cooperation partners," a spokesperson for the Chinese Foreign Ministry said a few days ago when announcing Wang's visits. During his tour, the Chinese diplomat will exchange views with politicians from the four countries on anti-epidemic and development cooperation, according to the spokesperson.

China stands ready to work together with the four countries to jointly defend multilateralism and international equity and justice, said the spokesperson.

The 21st meeting of the SCO Council of Heads of State is expected to be held in Tajik capital Dushanbe from Thursday to Friday (September 16-17).

The summit comes as the SCO celebrates the 20th anniversary of its founding. The creation of the organization was announced on June 15, 2001 in Shanghai by the Republic of Kazakhstan, the People's Republic of China, the Kyrgyz Republic, the Russian Federation, the Republic of Tajikistan and the Republic of Uzbekistan. India and Pakistan joined the bloc in 2017.

A key focus of the upcoming summit will be the situation in Afghanistan, which is an SCO observer state and shares borders with several member states. In a joint statement issued in July, foreign ministers of the SCO member states advocated the development of Afghanistan as an independent, neutral, united, peaceful, democratic and prosperous state. About a month after the Taliban's takeover of Afghanistan, how will the issue be addressed at the summit?

The first important election in Hong Kong after the improvement of its electoral system – the Election Committee's subsector ordinary elections – will take place on Sunday (September 19).

A decision on improving the electoral system of the HKSAR was endorsed by an overwhelming majority vote at the fourth session of the 13th National People's Congress on March 11.

Other important dates in the week include September 17, when the leadership election for Japan's Liberal Democratic Party (LDP) will officially kick off, and September 18, when China will mark the 90th anniversary of the September 18 Incident in 1931 – the beginning of the Japanese aggression in the country.

Tuesday: The 76th session of the UN General Assembly opens.

Thursday: The 21st meeting of the SCO Council of Heads of State kicks off in Dushanbe (to September 17).

Saturday: China marks the 90th anniversary of the September 18 Incident in 1931, which was the beginning of the Japanese aggression in the country.

Sunday: The Election Committee's subsector ordinary elections are held in China's HKSAR; Russians go to the polls to elect the State Duma, the country's lower house of parliament.