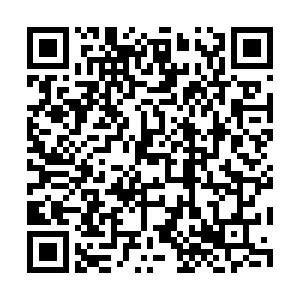 China has lodged "solemn" representations to the United States over reports that it is considering changing the name of a "representative office" of China's Taiwan region in the country, Chinese Foreign Ministry spokesperson Zhao Lijian said on Monday.

Zhao made the comment at a regular briefing in Beijing in response to media reports that the Biden administration is "seriously considering" allowing a request by the Taiwan authority led by Tsai Ing-wen to change the name of the "Taipei Economic and Cultural Representative Office" in Washington, D.C. into the "Taiwan Representative Office."

The question of Taiwan is the most important and sensitive core issue in China-U.S. relations, and the one-China principle is the political foundation of bilateral ties, said Zhao.

He said that, in the Joint Communique on the Establishment of Diplomatic Relations between China and the United States, the U.S. had made a clear commitment that American people will maintain cultural, commercial, and other unofficial relations with the people in Taiwan.

Zhao continued to say, U.S. President Joe Biden said the U.S. side has no intention to change its one-China policy when he called President Xi Jinping on Friday.

He urged the U.S. side to abide by the one-China principle and the three China-U.S. joint communique with concrete actions.

The U.S. side should stop official contacts of any form with China's Taiwan region or substantively upgrading relations with it, including attempts to change the name of the "Taipei Economic and Cultural Representative Office" into the "Taiwan Representative Office," or sending wrong signals to "Taiwan independence" forces, said Zhao.

The Chinese spokesperson added that the U.S. should handle Taiwan-related issues prudently to avoid "seriously damaging" China-U.S. relations or peace and stability across the Taiwan Straits.

In response to the reports, a spokesperson for the Taiwan Affairs Office of the State Council Zhu Fenglian said on Monday that Taiwan is part of China.

China "resolutely opposes" the development of official relations in any form or mutual establishment of official agencies between China's Taiwan region and countries having diplomatic relations with China, said Zhu.

She warned that Taiwan's Democratic Progressive Party (DPP) authority's tricks for "Taiwan independence" are doomed to fail, no matter how it plays.

Provocative actions by the U.S. on Taiwan would be playing with fire