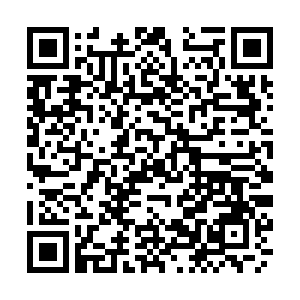 Chinese President Xi Jinping will attend the 21st meeting of the Council of Heads of State of the Shanghai Cooperation Organization (SCO) and a joint summit of the leaders of the SCO and the Collective Security Treaty Organization (CSTO) member states on the Afghanistan issue via video link on Friday, Foreign Ministry spokesperson Hua Chunying said on Thursday.

Xi, in Beijing, will attend the summits at the invitation of Tajik President Emomali Rahmon, according to Hua.

Afghanistan is set to dominate the agenda of both meetings.

"Afghan participation is impractical because what's happening there now is governance chaos. And to invite any side from there in the current circumstances would be impractical. That's our point of view, as the presiding country," Ahmad Saidmurodzoda, acting national SCO coordinator of Tajikistan, told CGTN.

Local experts agree on the importance of a stable Afghanistan.

"The future of Afghanistan worries all the SCO members, and in particular, the bordering countries. The Taliban's successes inspire some members of extremist organizations and their sympathizers. Now they think, with a strong will, it's possible to defeat even the world's No. 1 superpower," Kasim Bekmuhammad, a political analyst, told CGTN.

"The SCO member countries have many possibilities for integration in the SCO economic projects for the future Afghan government. And for that, Afghanistan has all the required instruments," Saidmurodzoda noted.

This year marks the 20th anniversary of the founding of the SCO.

At Thursday's news briefing, Chinese Foreign Ministry spokesperson Zhao Lijian hailed the "Shanghai Spirit" upheld by the SCO member states, noting that in the past 20 years, the organization has overcome the differences of the social system and cultures and has managed to explore a path of cooperation and development.

Hailing the active role of the SCO in regional and international affairs, Zhao said the organization makes a great contribution to constructing the new type of international relations and building a community with a shared future for mankind.

Speaking of the coming SCO summit, Zhao said that President Xi is going to share his views on the success of the SCO with leaders of other member states and exchange in-depth views on major international and regional issues.
They are also expected to ratify a series of cooperative documents and jointly discuss the organization's future development, the spokesperson added.

The organization's first expansion happened in 2017 with the inclusion of India and Pakistan as full members. With its six founding members, China, Kazakhstan, Kyrgyzstan, Russia, Tajikistan and Uzbekistan, the bloc currently has eight full members, four observer countries and six dialogue partners.