Download
Global Political Calendar: Who will be the next German chancellor?
CGTN 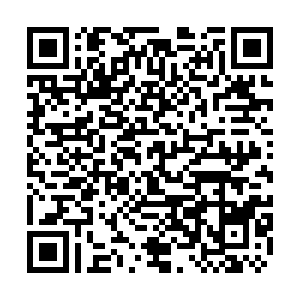 In the next week ahead, Germany will hold its federal election on Sunday, in which long-serving Chancellor Angela Merkel's successor will be elected, and leaders of the United States, Japan, India and Australia will meet in Washington.

The end of the Merkel era

Less than two weeks before a national election, many German voters still seem unable to get over the fact that the four-term Chancellor Angela Merkel is not running. Olaf Scholz, current finance minister and vice-chancellor, is well-positioned to succeed her.

According to the survey by the Allensbach research institute for the conservative newspaper Frankfurter Allgemeine Zeitung on September 14, only 60 percent of the voters who are determined to participate in the election have yet decided which party they will support.

Who are the candidates to replace Angela Merkel as Germany's chancellor?

Meanwhile, a snap poll on September 12 showed that 41 percent of those asked thought the Social Democrat (SPD) candidate Scholz was the most convincing performer, compared to 27 percent for Armin Laschet, the Christian Democratic Union (CDU)/the Christian Social Union (CSU)'s candidate, and 25 percent for Annalena Baerbock of the Green Party.

Experts pointed out that the Germany's upcoming election will be critical for the stability of the country and the European Union as Germany is the leading economy of the bloc and has significant influence on the political direction taken by the 27 member states.

On Friday, U.S. President Joe Biden will host a first in-person summit of leaders of the member countries of the Quadrilateral Security Dialogue (Quad), an informal security grouping of the U.S., Japan, Australia and India.

The four leaders agreed to take steps to build secure semiconductor supply chains when they meet in Washington, according to the Nikkei business daily, citing a draft of the joint statement.

The draft says that in order to create robust supply chains, the four countries will ascertain their semiconductor supply capacities and identify vulnerability, the Nikkei said.

At an online meeting of the Quad leaders in March, they pledged to work closely on COVID-19 vaccines and climate.

In Beijing on September 14, the Foreign Ministry spokesman Zhao Lijian answered a reporter's question about the meeting, saying that China believes any regional cooperation framework should go with the trend of the times, be conducive, and should not target any third party.

Tuesday: The International Day of Peace.

Sunday: Germany holds its federal election; Haiti holds the first round of presidential elections; Portuguese local election of 2021 kicks off.