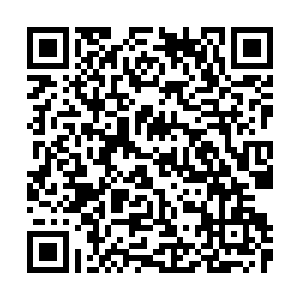 Chinese State Councilor and Foreign Minister Wang Yi on Thursday called on the Group of 20 (G20) nations to speed up their efforts to provide humanitarian aid to Afghanistan.

Wang made the remarks via video link to a meeting of G20 foreign ministers on Afghanistan.

He said that the various unilateral sanctions or restrictions on Afghanistan should be lifted as soon as possible.

Afghanistan's foreign exchange reserves are national assets that should belong to the country's people and be used by its own people and not be used as a bargaining chip to exert political pressure on Afghanistan, he said.

UN calls for quick release of $1.2b promised to aid Afghanistan

Underscoring uncertainties in Afghanistan's future, the Chinese foreign minister urged the G20 to play a constructive role in promoting peace, development and consensus in the country.

China announced earlier this month that it had decided to urgently provide 200 million yuan ($30.96 million) worth of grains, winter supplies, vaccines and other medicines to Afghanistan, including an initial 3 million doses of COVID-19 vaccines, he noted.

The foreign minister urged "certain countries" that had caused the current difficult situation in Afghanistan to shoulder their responsibilities and make concrete efforts to help the Afghan people. He also called on international financial institutions to provide financing support to Afghan projects on poverty reduction, sustainable development, people's welfare and infrastructure.

Moreover, Wang said that the Afghan Taliban's establishment of an interim government suggested that the country's domestic and foreign policies were still being adjusted.

He called on the international community to engage with the interim government and seek inclusion under the principle of "Afghan-led, Afghan-owned," thereby guiding the country to establish a political structure that respects the basic rights of minority groups, women and children, and has a friendly foreign policy.

Reiterating the importance of counter-terrorism cooperation, Wang urged the Taliban to fulfill their promise of distancing themselves from terrorist groups such as al-Qaeda and ETIM.

The international community needs to form a united front against terrorism and avoid double standard, Wang stressed, warning that Afghanistan could once again become a haven for terrorists if no actions were taken.

Speaking of the refugee crisis, Wang expressed concerns that the deterioration of the Afghan situation could result in a large amount of refugees, which, causing huge financial and security burdens for the neighboring countries.

The U.S. and other NATO countries should shoulder major responsibilities on this issue, Wang said, adding that the international community should provide concrete support for the reconstruction of Afghanistan to address the issue at its roots.

Stressing China's support for the UN's central role in providing humanitarian assistance and safeguarding peace and stability in Afghanistan, Wang called on UN agencies and the UNAMA to perform their duties under the current mechanism. He also welcomed other multilateral mechanisms to contribute to addressing the situation in Afghanistan.

China is ready to work with all parties to maintain communication and coordination and enhance cooperation to create a favorable external environment for the peaceful reconstruction of Afghanistan, he said.