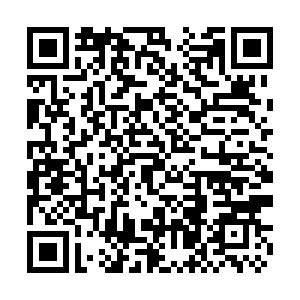 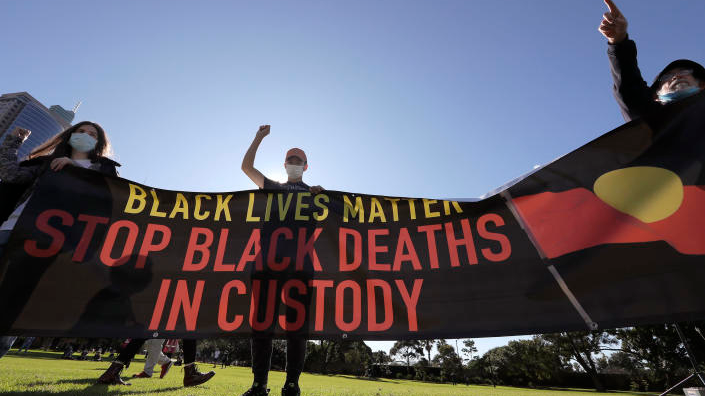 A rally supporting the Black Lives Matter and Black Deaths in Custody movements is held in Sydney, Australia, July 5, 2020. /AP

A rally supporting the Black Lives Matter and Black Deaths in Custody movements is held in Sydney, Australia, July 5, 2020. /AP

When the Black Lives Matter (BLM) movement swept across the United States over the death of George Floyd in the summer of 2020, the message resonated deeply in Aboriginal Australia.

For decades, indigenous Australians have protested discrimination in Australia's criminal justice system, with little success. There have been more than 400 indigenous deaths in police custody since a royal commission investigated into the issue in 1991. No prison guard or police officer has ever been convicted.

In such cases, families had no way of finding out what happened to their loved ones or what their last moments were like. 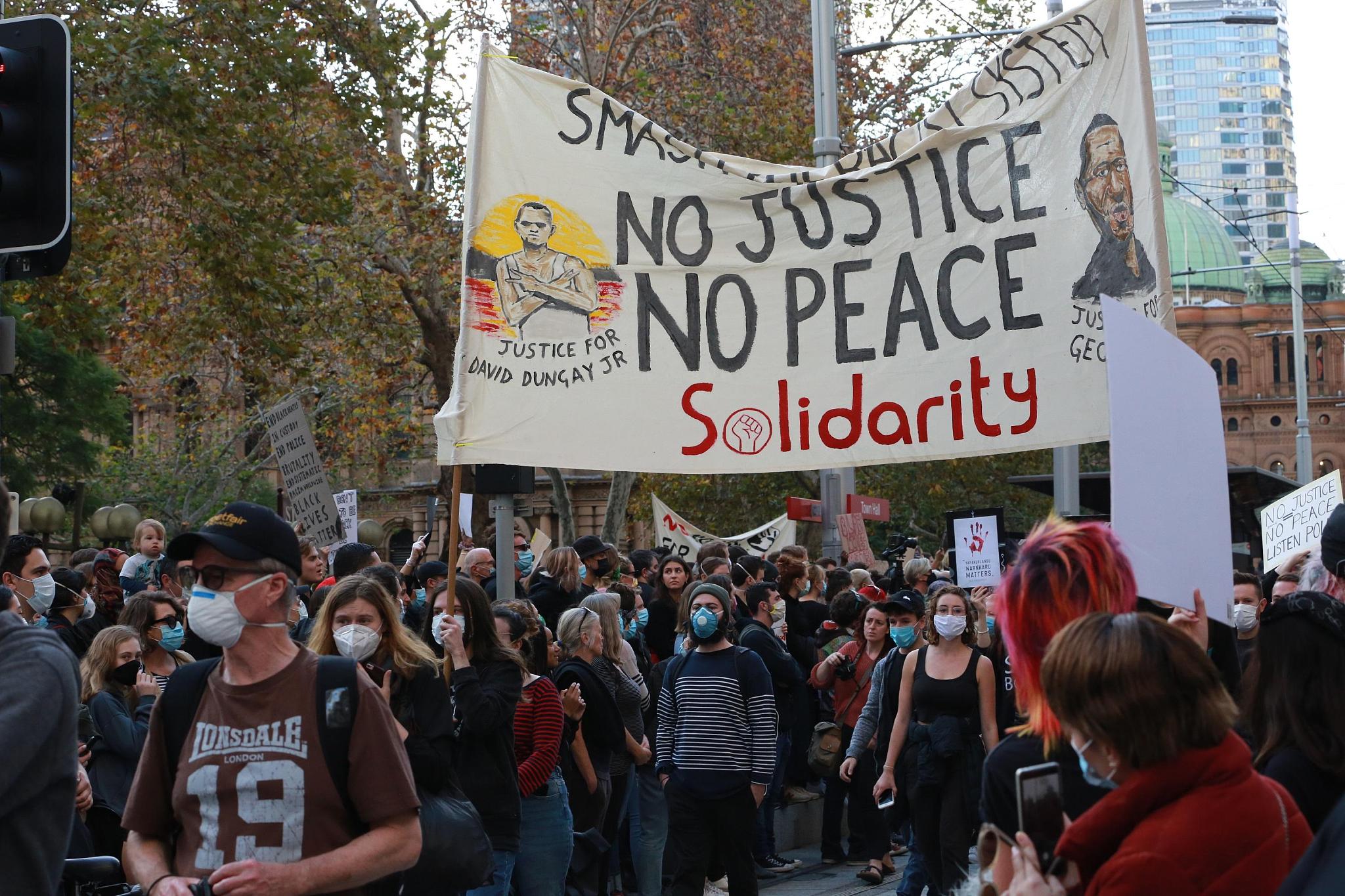 In and out of jail

Indigenous Australians are the most incarcerated people in the world. Statistically, a teenage Aboriginal boy is more likely to go to jail than to go to university.

Keenan Mundine was locked up in juvenile detention for the first time at 14 for theft. The young Aboriginal man from Sydney then spent much of the next 15 years behind bars. Mundine says the justice system unfairly targeted people like him.

"I live in constant fear of my children being put in the same position as I was. And having things happen to them that were out of their control, and traumatizing them for the rest of their lives," he said.

Official numbers show that indigenous people make up less than three percent of Australia's population, but they represent more than a quarter (29 percent) of adult prisoners. For youth offenders as young as 10, which is significantly lower than the internationally recommended age of 14 for juvenile criminal responsibility, more than half the children locked up in 2019 were Aboriginal. 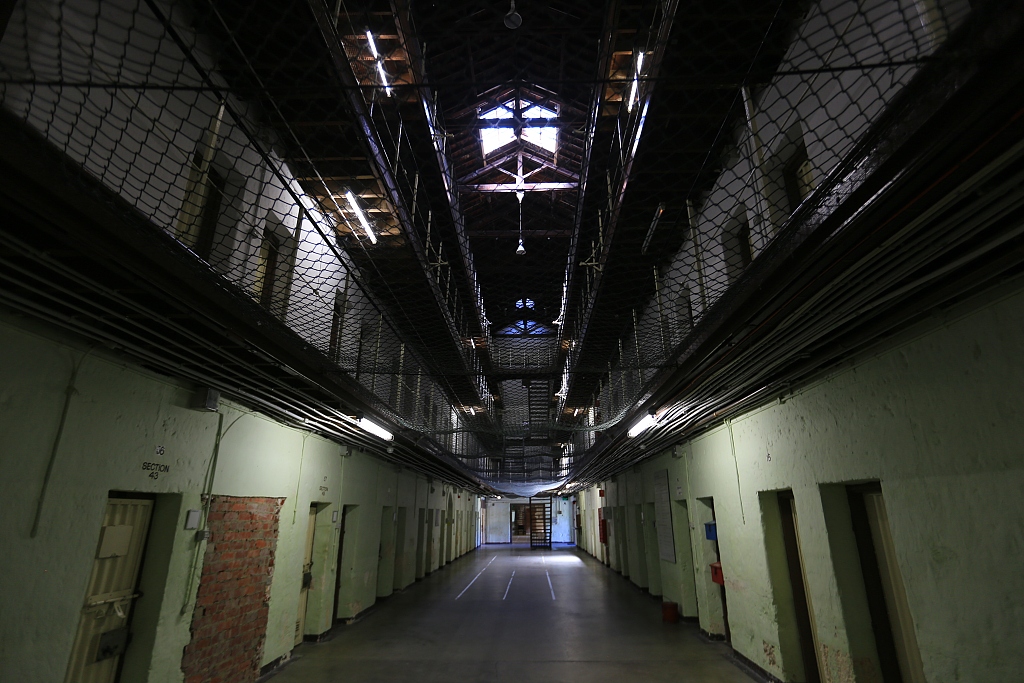 Once a young person is inside the justice system, it's hard to get out, an Al Jazeera investigation discovered. It is a cycle of imprisonment that usually leads one down a path of homelessness, drug use and petty thefts. Some even admitted to deliberately getting themselves arrested so that they could have regular meals and a place to stay.

According to progressive journal Independent Australia, the high average daily incarceration rate for the Aboriginal and Torres Strait Islander population – higher than that for African Americans – is closely linked to the widespread poverty in these communities.

"Oftentimes, the children in the communities grow up with little hope of getting a job, with many adults around them having lived on welfare, and experience hopelessness, as well as stigma from the non-indigenous communities," said Sara Hudson, a research scholar at the Center for Independent Studies.

"It is a cycle of despair."

This depressing reality has roots in Australia's colonial past. The pathway from poverty to prison that confronts Indigenous Australia dates back to the mid-19th century, said Dr Hannah McGlade, a human rights lawyer and Aboriginal criminal justice expert. "The Aboriginal people, from the point of contact with the colonists, were subjected to very cruel incarceration."

The impact of colonial dispossession of Aboriginal people from their lands, and the violence inflicted on them for resisting is still relevant today, McGlade said.

Like the racial reckoning in America, the BLM movement also ignited debate on the legacy of white Australia's forefather Captain James Cook, who is thought to have opened the door to two centuries of genocide of Australia's Indigenous populations.

The truth about white Australia: The genocide few talk about 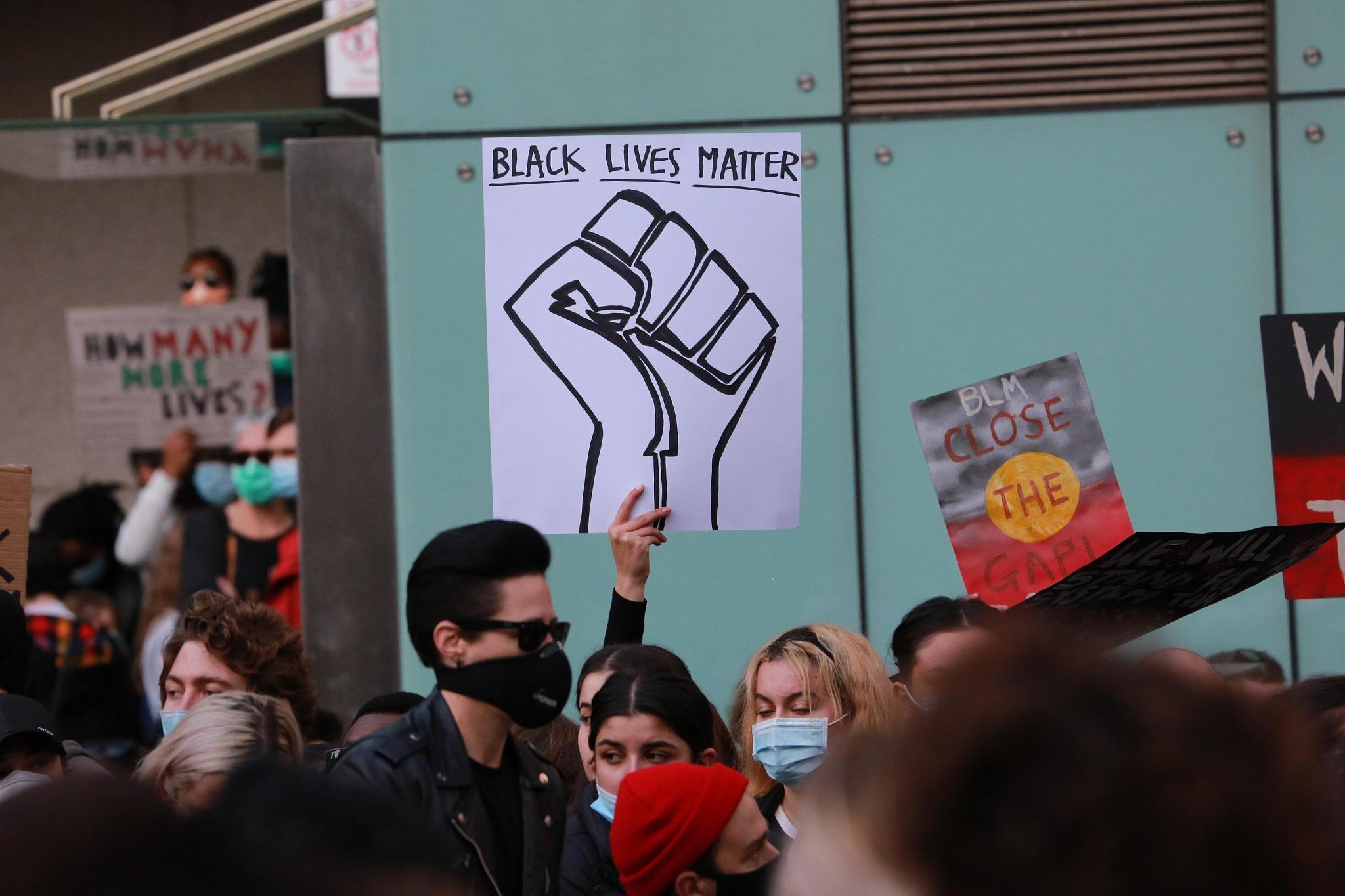 The BLM movement has been a "pinch point" for racial intolerance, said Inclusive Australia board member Ian Hamm.

"We have more Aboriginal people in custody per head of population than we did in the 1990s. The rate of average death in custody hasn't improved," Hamm told The Guardian.

"Australia is evolving as a society and a community but I think it's doing that in an uneven way and it's taking a while, for every two steps forward there's one step back."

In a 2019 survey by Monash University on behalf of Inclusive Australia, over 52 percent of First Nations people in Australia reported experiencing a form of major discrimination. This was a dramatic jump from the 29 percent in 2018, and the number remained high at 49.7 percent in 2021.

Another new study by Australian National University found that racism is linked to poor mental and physical health among Indigenous Australians. In most cases, the respondents attributed their unfair treatment to being indigenous.

"We haven't made real commitment to healing from the past," McGlade said. "Aboriginal people, including our children, are still paying the price of a genocidal past."

A government campaign to address the entrenched inequality affecting indigenous Australians has so far failed to meet its goals, official data showed.