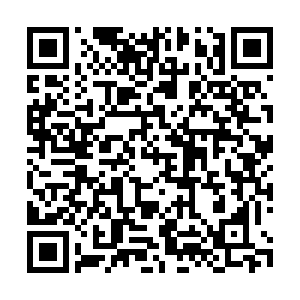 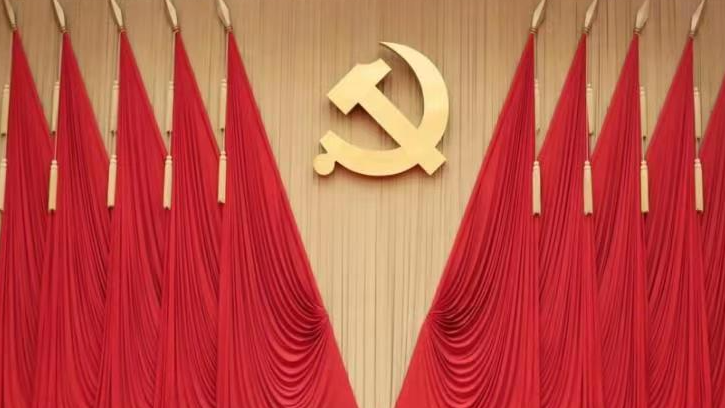 The Communist Party of China (CPC) continues its landmark 100th year, having achieved the goal of building a moderately prosperous society in all respects, with the sixth plenary session of the 19th CPC Central Committee in Beijing from Monday to Thursday.

According to the agenda of this year's session, a key resolution on the major achievements and experience of the Party's 100 years of endeavors will be reviewed.

Here's a quick guide to help understand the highlights and significance of the meeting.

The highest decision-making bodies of the CPC, China's ruling party, are composed of two parts: the CPC National Congress, and the CPC Central Committee, which is elected by the national congress.

The CPC's National Congress, distinct from the National People's Congress, is a Party conference held every five years and attended by regional Party representatives. It sets the direction of development for the Party and the country, elects the CPC's new leadership, reviews political theory and makes decisions on important issues.

Chinese President Xi Jinping, also general secretary of the CPC Central Committee, took the helm of the CPC in late 2012 when the Party held its 18th National Congress. Since then, he has headed an array of leading groups overseeing economic development and national defense, among others.

Exercising the power of the National Congress, the plenary sessions are held at least once a year and offer an in-depth look into the country's political situation and economic development.

Since its founding in 1921, the CPC has had 19 central committees and the convening mechanism of the plenary session has been largely fixed since the 1990s. Generally speaking, seven plenary sessions are held during the five-year tenure of the Central Committee members, with each plenum having its own work agenda.

The first plenums are usually responsible for electing a new central leadership, the second plenums propose the list of candidates for the leadership personnel of the state government, and the third plenums usually make major decisions on economic reform and development.

The fourth plenums focus on improvements for Party building, the main topic of the fifth plenum is the country's social and economic development via the five-year plans, the sixth plenums have no fixed topics, and the seventh plenums prepare documents and procedures for the next Party Congress. 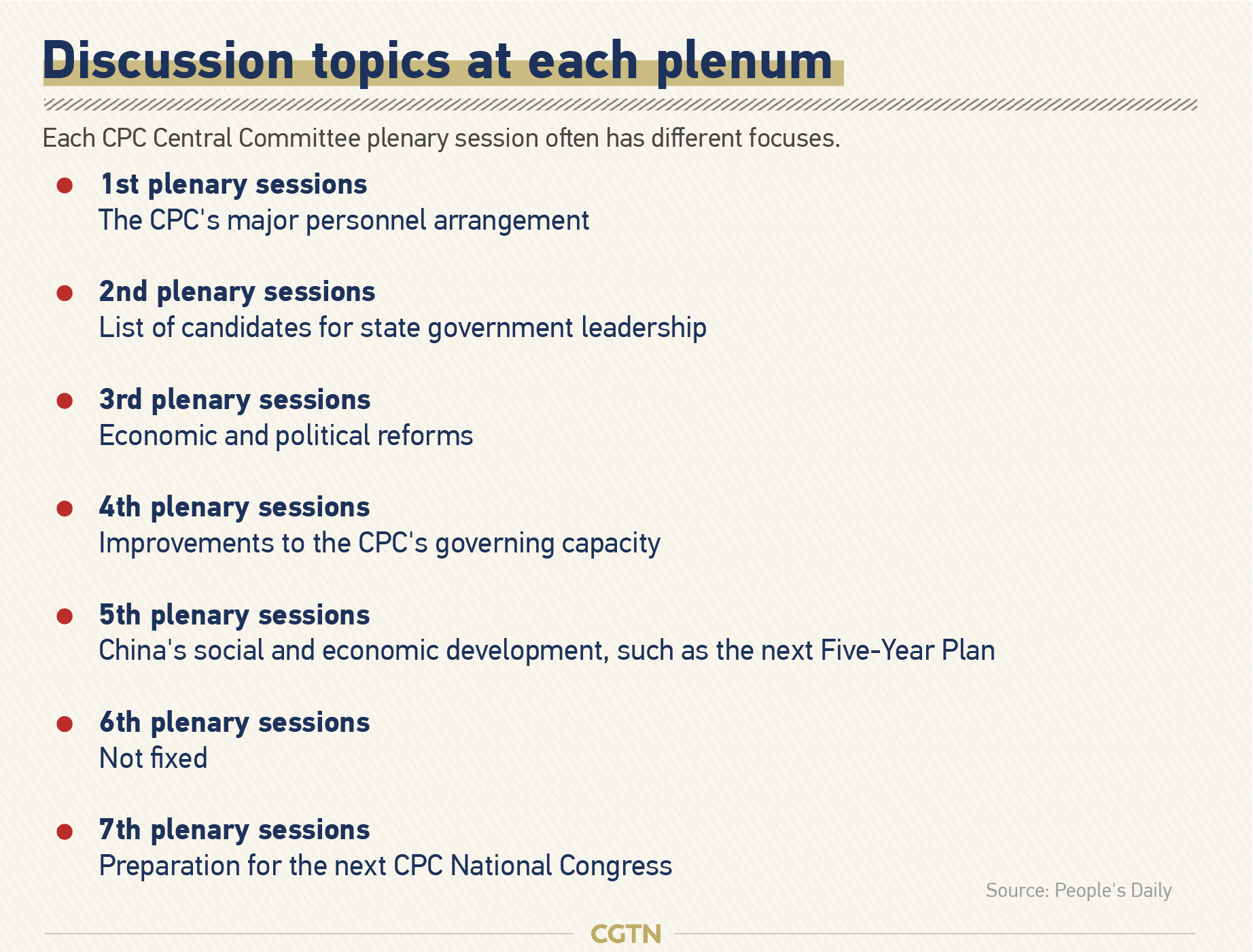 The six plenum this year will focus on the Party's achievements and experience. Xi said when celebrating the Party's centenary that the CPC has gained a wealth of experience through its endeavors over the past 100 years and during over 70 years of governance.

Speaking highly of the Party's courage in undertaking self-reform, he said the CPC remains vital because it practices "effective self-supervision and full and rigorous self-governance."

"It has thus been able to respond appropriately to the risks and tests of different historical periods, to ensure that it always remains at the forefront of the times even as profound changes sweep the global landscape," he said.

Over the past 100 years, the CPC has adopted just two resolutions related to historical issues, in 1945 and 1981. They analyzed the causes and drew conclusions on important historical events and figures, through which the whole Party came to a clear consensus and thus grew stronger in unity.

According to a meeting of the CPC Central Committee Political Bureau held in October, the views and suggestions from all sides, both within and outside the Party, were collected when drafting the key resolution which will be submitted to the sixth plenary session for deliberation.

Xi also chaired a symposium to hear from the central committees of non-CPC political parties, the head of the All-China Federation of Industry and Commerce, and individuals with no party affiliation.

The draft won wide recognition from various regions, departments and sides, along with delegates to the 19th CPC National Congress. Their views and suggestions were absorbed in the document.

Meanwhile, the sixth plenum takes place as China realizes the goal of building a moderately prosperous society in all respects, with absolute poverty eliminated, and embarks on a new journey toward the goal of fully building a great modern socialist country by the time the People's Republic of China turns 100.

A review of the major achievements and the experience accumulated during the Party's 100 years of endeavor is needed for the new course of fully building a modern socialist country and for upholding and promoting socialism with Chinese characteristics in the new era, it was noted at a meeting held by the Political Bureau of the CPC Central Committee on August 31.