Download
Chinese envoy calls for time, space for goods offices to play out in Ethiopia
CGTN 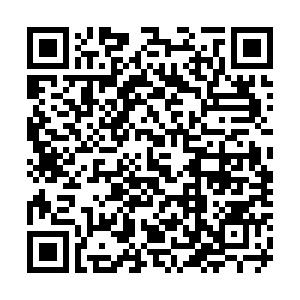 Supporting African solutions to African problems, China welcomes the good offices of Olusegun Obasanjo, the African Union (AU) high representative for the Horn of Africa, and calls on all parties concerned and regional countries to support his work, said Zhang Jun, China's permanent representative to the United Nations, on Monday.

Likewise, China also welcomes the offer of good offices by UN Secretary-General Antonio Guterres and expects enhanced coordination between the UN and the AU so they can work together to play a constructive role in promoting nationwide peace and reconciliation in Ethiopia, he told the the UN Security Council.

"The international community, and the Security Council in particular, should give the time and space needed for the AU and others to carry out their good offices," Zhang said. "Using trade restrictions or cutting off aid as a means to exert maximum pressure on Ethiopia will only interfere with political settlement, and not help the parties resolve their conflicts and rebuild mutual trust."

The current situation in Ethiopia is the result of a combination of political, historical, ethnic and other factors, and the solutions of which can only be found from within, he said. Regional countries and organizations know the best about the historical background and the present challenges in Ethiopia, and, therefore, can play a leading role in the political settlement of the Ethiopian issue, he stressed.

Zhang also urged the international community to help Ethiopia improve its humanitarian response capacity and scale up relief delivery. When providing humanitarian support to Ethiopia, there is a need to respect the country's sovereignty and leadership, follow the UN guiding principles for humanitarian actions and avoid politicizing humanitarian issues, he said. 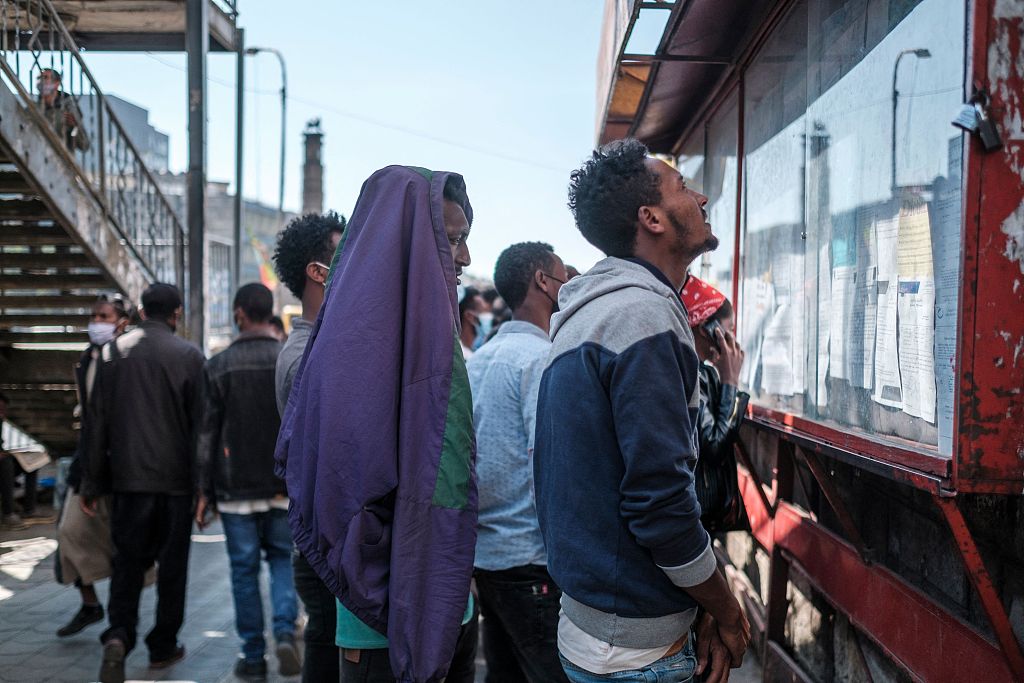 People look at a bulletin board with job offers in a downtown area of the city of Addis Ababa, Ethiopia, November 3, 2021. /CFP

People look at a bulletin board with job offers in a downtown area of the city of Addis Ababa, Ethiopia, November 3, 2021. /CFP

All parties concerned in Ethiopia should fulfill their obligations under the international humanitarian law, protect civilians, including foreign nationals, facilitate humanitarian relief operations, and prevent the further deterioration of the situation, he added.

"As a good friend of the people of Ethiopia, China sincerely hopes that all relevant parties in Ethiopia will put the interests of the country and its people first, keep calm, and exercise restraint to avoid further escalation of the situation," he said, urging them to resolve conflicts and differences through political dialogue.

The Security Council issued a press statement on Friday on the situation in Ethiopia, calling for cessation of hostilities and the commencement of political dialogue. China hopes all the relevant parties will respond positively, said Zhang.

"We are confident that the people of Ethiopia have the capacity and wisdom to overcome the current challenges, maintain national unity, and move the country back to the right track of peace, stability, development and revitalization. China stands ready to work with the international community to continue to support the efforts of the people of Ethiopia."

The Ethiopian government on Tuesday said it conducted two air strikes on the Tigray People's Liberation Front (TPLF)'s two military training centers, one in Areda Bata and one in a strategic location between northern Wollo and Afar. 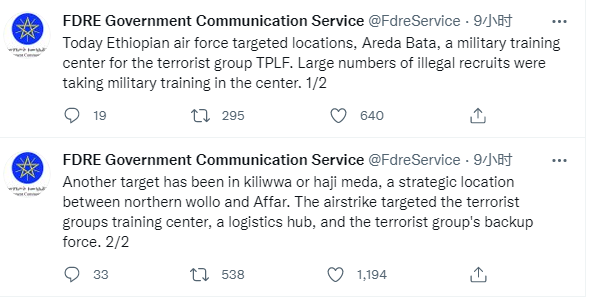 The government last week declared a six-month nationwide state of emergency amid the expanding conflict in the northern part of the country, as the conflict that erupted a year ago in the Tigray region between the Ethiopian federal government and forces loyal to the TPLF expanded to neighboring Amhara and Afar regions, eventually reaching central parts of the country in recent weeks.

Since November 4, 2020, the Ethiopian government has been undertaking military operations against the TPLF. The war has forced millions of people to flee their homes, creating a humanitarian crisis.

Looking at the Ethiopian crisis through a kaleidoscope

(Cover: Smoke from fires billows at the scene of an airstrike in Mekele, capital of Tigray region, northern Ethiopia, October 20, 2021. /CFP)