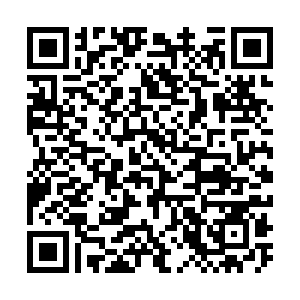 Referring to the company as "the next victim" of the geopolitical struggle between the world's two largest economies, Reuters said in an exclusive report on Thursday that the company's plan to upgrade a mass production facility in Wuxi, China, with some of the latest extreme ultraviolet lithography (EUV) chipmaking machines made by Dutch firm ASML, encountered with setback due to the U.S. opposition.

SK Hynix is one of the world's biggest suppliers of dynamic random-access memory (DRAM) chips that go into everything from smartphones to data centers. Its Wuxi factory accounts for 50 percent of the SK Hynix's total DRAM capacity and 15 percent of the global total.

This business move of the company, which aims to control costs and accelerate production efficiency, is supposed to help with the global chip shortage crisis. But it has become a thorn in the U.S. side, as the country is worried advanced equipment used in the upgrade process will enter into China.

"The fourth-generation DRAM chips have been produced in South Korea since July and it is still a long way to go before we can apply the same technology in our Chinese plant," the company CEO said on the sidelines of an annual event of Semiconductor Day on Monday, responding to the concerns.

Since the China-U.S. trade war began in 2018, the Trump Administration has made efforts to restrict China to develop the semiconductor manufacturing, successfully blocking the sale of ASML's technology to China's Semiconductor Manufacturing International Corp.

A week earlier, the Biden administration spurned a plan by the world's largest chipmaker Intel Corp. to increase production in China over security concerns, despite the idea was to help ease a global supply crunch and the U.S. chip shortage, Bloomberg reported citing people familiar with the matter.

ASML recently warned that heavy use of export controls could exacerbate supply chain problems for semiconductors and global chip supply.

SK Hynix, along with other world top chip makers, such as Samsung Electronics and Taiwan Semiconductor Manufacturing Co., have surrendered to a U.S. request in submitting chip data before the November 8 deadline. The request was made by the U.S. in September claiming the information would boost supply-chain transparency.

Zeng Xiaoyang, vice dean of the School of Microelectronics of Fudan University, accused the U.S. of extorting data to serve its semiconductor development agenda.

Such data could help the U.S. impose sanctions on companies in a more precise way since the country has a record in using long-arm jurisdiction, Bai Ming, deputy director of International Market Research Institute in Ministry of Commerce, told Shanghai-based Dragon Television earlier.

According to the IC Insignts, the U.S. accounted for 55 percent of global integrated circuit sector while China only took 5 percent in 2020.

Read more: Why is the U.S. bullying chipmakers to extract sensitive information?