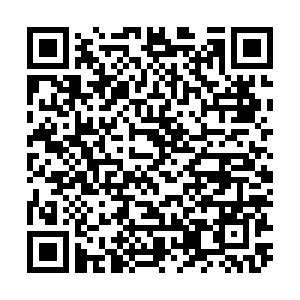 In the upcoming week, the 8th Ministerial Conference of the Forum on China-Africa Cooperation (FOCAC) will take place and talks on reviving the 2015 Iran nuclear deal will resume after a gap of nearly six months.

Chinese President Xi Jinping will deliver a keynote speech via video on Monday at the opening of the 8th Ministerial Conference of FOCAC. State Councilor and Foreign Minister Wang Yi and Minister of Commerce Wang Wentao will travel to Senegal's capital, Dakar, to attend the two-day event, according to China's Foreign Ministry.

In a white paper titled "China and Africa in the New Era: A Partnership of Equals" issued on Friday, China said developing solidarity and cooperation with African countries has been the cornerstone of its foreign policy, as well as its firm and longstanding strategy.

China and African countries will continue to set the pace of cooperation through FOCAC, support the Belt and Road Initiative, bring the China-Africa comprehensive strategic and cooperative partnership to a higher level, and deliver a brighter future together, according to the white paper.

Since its establishment in October 2000, FOCAC has become an important platform for collective dialogue between China and Africa, and an effective mechanism for pragmatic cooperation, the white paper said.

Does China create jobs in Africa?

Nearly six months after a pause in the talks over the restoration of the 2015 nuclear deal, formally known as the Joint Comprehensive Plan of Action (JCPOA), Iran and other remaining parties to the deal, with indirect involvement of the United States, will resume talks on Monday in the Austrian capital of Vienna.

Iranian Foreign Minister Hossein Amir Abdollahian said on Friday that Iran is serious about the scheduled nuclear talks and wants "a good and verifiable agreement."

"If other parties are ready to return to their full obligations and lift sanctions, a good and even immediate agreement can be reached," he said.

In a virtual meeting with Abdollahian on Wednesday, Chinese State Councilor and Foreign Minister Wang Yi said that China understands Iran's demands on the nuclear issue and supports it in safeguarding its legitimate rights and interests.

Under the JCPOA signed between Iran and China, Russia, the U.S., the UK, France and Germany in 2015, Iran curbed its uranium enrichment program in return for the lifting of economic sanctions by the U.S., the United Nations and the European Union.

The U.S. government under former President Donald Trump withdrew from the agreement in May 2018 and unilaterally re-imposed sanctions on Iran. In response, Iran stopped implementing parts of its commitments to the deal in May 2019.