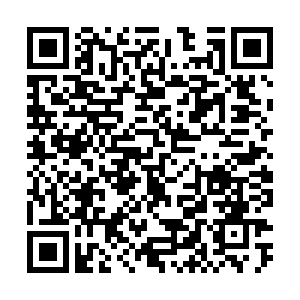 In the coming week, China will mark the 20th anniversary of its accession to the World Trade Organization (WTO), Russian President Vladimir Putin will visit India, and Olaf Scholz is expected to take office as German chancellor.

Saturday will mark the 20th anniversary of China's accession to the WTO. On December 11, 2001, China officially joined the WTO, becoming its 143rd member.

Joining the WTO 20 years ago has become a watershed event in China's development. The country has kept opening wider to the world, thus generating a new wave of domestic development while injecting fresh impetus into the world economy.

India and Russia are expected to ink a raft of pacts to further boost cooperation in key areas of defense, trade and investment, energy and technology during Putin's visit.

India is a major buyer of Russian weaponry, agreeing  to a $5.4-billion missile deal in 2018 despite the threat of U.S. sanctions.

After the visit, Putin and U.S. President Joe Biden will have a videoconference on Tuesday evening, according to Kremlin spokesman Dmitry Peskov. It is reported that the presidents would discuss Ukraine and several other issues.

Scholz to be sworn in as German chancellor

Members of Germany's Social Democratic Party (SPD), which narrowly won a federal election in September, voted on Saturday to back a coalition agreement with the Greens and Free Democrats that should allow the three-way alliance to take over next week.

The coalition, the first at the federal level between the ideologically disparate Greens, the libertarian Free Democrats (FDP) and Olaf Scholz's center-left SPD, will end 16 years of conservative governments led by Chancellor Angela Merkel.

Greens and the FDP also need the approval of their members for the deal that the three parties agreed on last month. They hope the lower house of parliament, the Bundestag, will vote Scholz in as chancellor on Wednesday.

Monday: Yang Jiechi, a member of the Political Bureau of the Communist Party of China (CPC) Central Committee and director of the Office of the Foreign Affairs Commission of the CPC Central Committee, continues his official visits to Cyprus, the Republic of the Congo and Sierra Leone (December 3-7); Putin visits India; Turkish President Recep Tayyip Erdoğan pays an official visit to Qatar (December 6-7).

Tuesday: Putin and Biden have a videoconference; EU health ministers meet in Brussels to discuss ongoing challenges from COVID-19; the 80th anniversary of the attack on Pearl Harbor during WWII.

Wednesday: Scholz is expected to be sworn in as German chancellor; Greek Prime Minister Kyriakos Mitsotakis is scheduled to visit Moscow.

Friday: The UK hosts a G7 meeting of foreign and development ministers in Liverpool (December 10-12).

Saturday: China marks the 20th anniversary of its accession to the WTO.

Sunday: The G7 meeting of foreign and development ministers concludes.