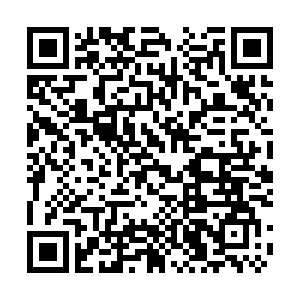 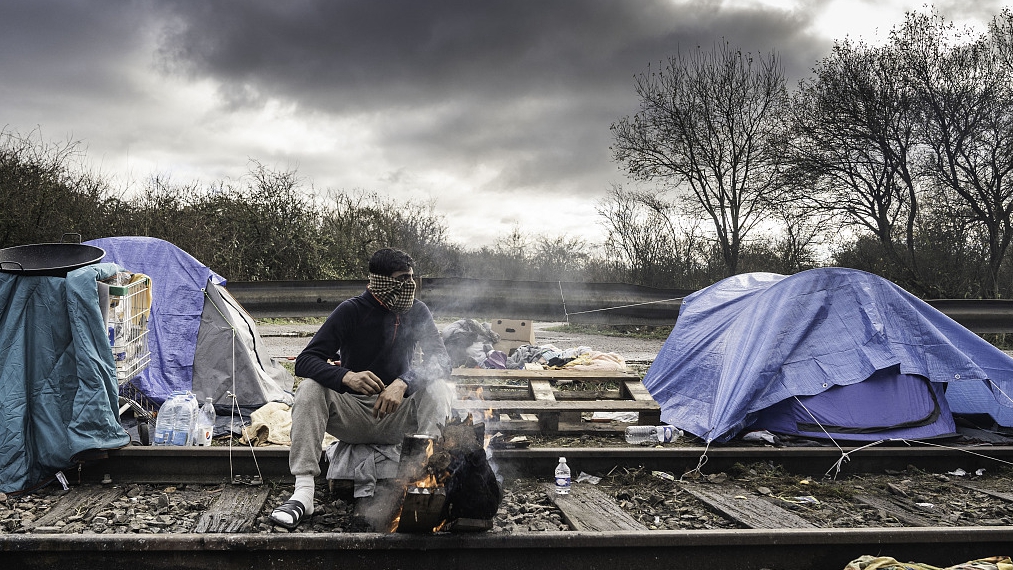 A migrant from the Kurdish region of Iraq is seen keeping himself warm by burning firewood at a makeshift migrant camp in Dunkirk, northern France, December 5, 2021. /CFP

A migrant from the Kurdish region of Iraq is seen keeping himself warm by burning firewood at a makeshift migrant camp in Dunkirk, northern France, December 5, 2021. /CFP

A Chinese envoy on Tuesday called for international solidarity on the issue of refugees.

The international community must remain committed to the spirit of humanity, actively conduct cooperation and mobilize resources to provide refugees with the necessary protection in accordance with international law, said Zhang Jun, China's permanent representative to the United Nations.

At least 82.4 million people around the world have been forced to flee their homes, and among them are nearly 26.4 million refugees, around half of whom are under the age of 18, according to the UN Refugee Agency.

"To resolve the issue of refugees, historical perspectives and national realities must be taken into account. All parties must assume their responsibilities," Zhang told the Security Council.

In the context of the COVID-19 pandemic, all countries must include refugees in their pandemic response plans and provide refugees with necessary protection, he said.

In addressing the issue of refugees, double standards and politicization must be avoided. The international refugee protection mechanism shall not be abused by terrorists or criminals, he added.

Given that armed conflict is a major driver of displacement, the Security Council must focus on its primary responsibility of maintaining international peace and security and push for the political settlement of regional hot-spot issues with a view to creating conditions for the return of refugees, said Zhang.

It is imperative to secure humanitarian access that is based on respect for national sovereignty, strictly observe UN guiding principles on humanitarian assistance and refrain from using the issue of refugees for political purposes, he said.

Cooperation must be promoted, unilateral sanctions lifted and excessive pressure avoided, so that countries can get assistance, rather than seeing more troubles created, he said.

Regarding refugees from the Palestinian territories, the Chinese envoy called for a comprehensive, just and lasting solution to the issue. He also said reconstruction and economic assistance are needed to alleviate the suffering of displaced populations in Libya, Syria and Afghanistan.

Zhang said some people around the world have been forced to become refugees because of external military intervention and "democratic transformation" imposed from the outside. He said those responsible for destabilizing other nations must bear the primary responsibility to support rebuilding and create conditions for the return of refugees.

In regard to Africa, home to a large number of refugees, China calls on the UNHCR to keep Africa as its priority for resources and assistance, said Zhang.

He also called on the Security Council, other relevant UN organizations, the World Bank and the International Monetary Fund to lay due focus on refugees and provide help to concerned countries.

Speaking of the refugee problem on the border areas of some countries in Eastern Europe, Zhang said that dialogue and cooperation are needed to reach a solution.

Stressing the need to guarantee the rights and dignity of the refugees in Europe, he said China is gravely concerned about reports on the Lithuanian border police suspected of murdering and abusing refugees.

Belarus calls on EU to solve refugee problem at border