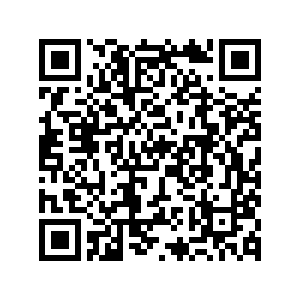 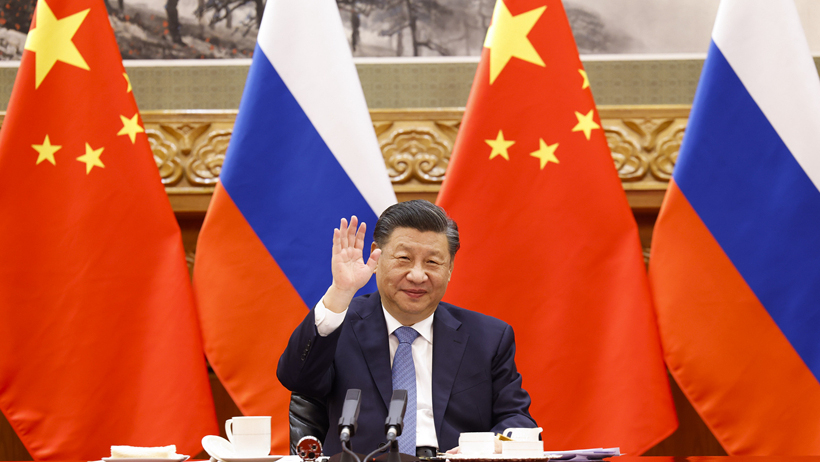 The close ties between China and Russia are becoming even stronger as the two countries jointly brave through unprecedented global challenges, such as the COVID-19 pandemic.

The strengthening of bonds can be observed by Wednesday's virtual meeting between Chinese President Xi Jinping and his Russian counterpart Vladimir Putin, where the two leaders called the relations "a paradigm of international relations in the 21st century" and vowed to further enhance them in an all-round manner. 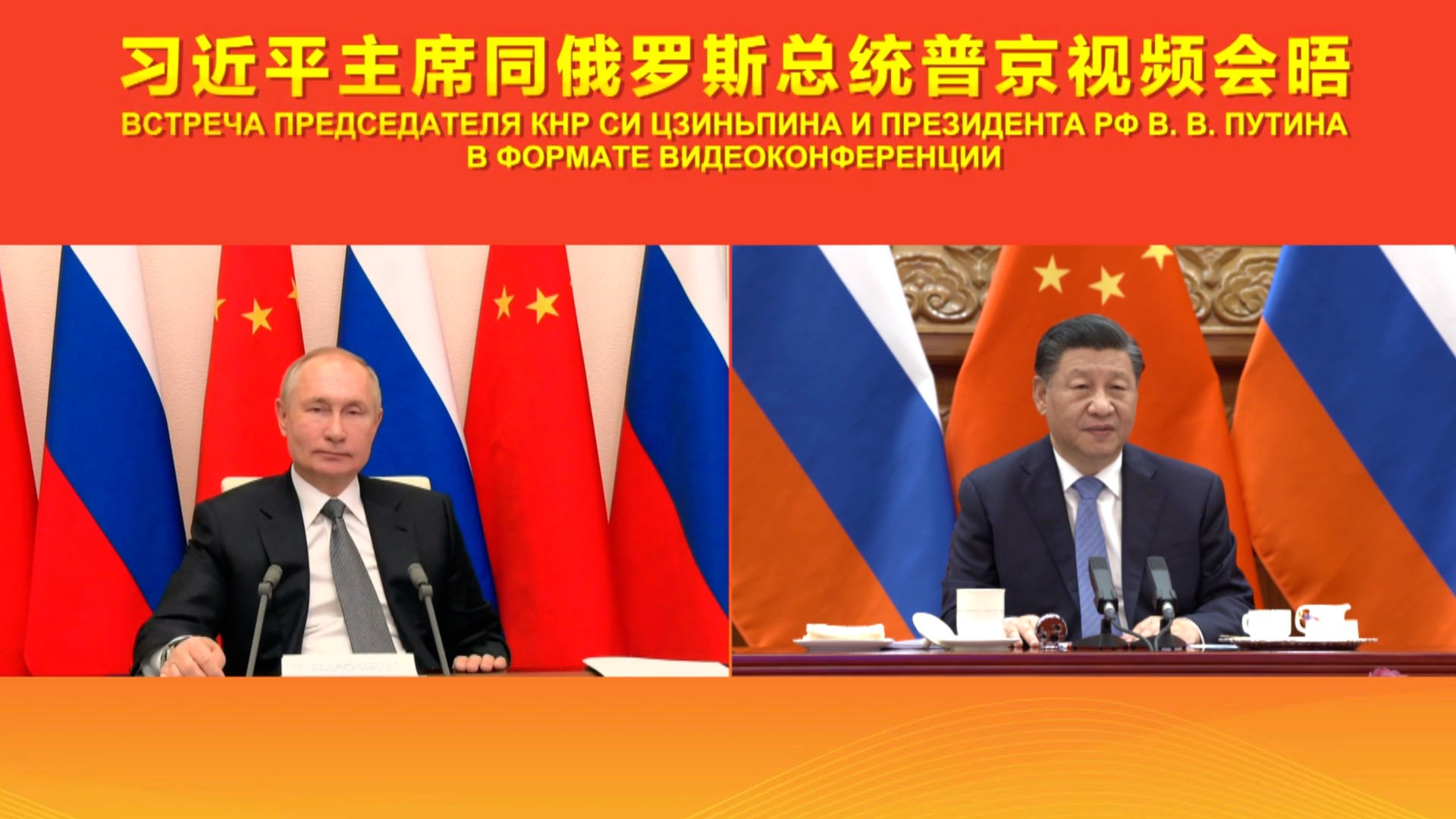 During the meeting, Xi highlighted the sound development of bilateral relations and close cooperation between the two countries in various fields.

He spoke highly of Russia's support of China in defending its core national interests and opposing attempts of driving a wedge between the two countries.

Noting that this year marks the 20th anniversary of the signing of the China-Russia Treaty of Good-Neighborliness and Friendly Cooperation and the two sides have decided to extend the treaty for another five years, Xi said the extension has been endowed with new spirit and content.

The two countries will firmly support each other on issues of core interests and defend their national dignity and common interests, Xi stressed.

He said he is ready to work with Putin to draw up the new outline for the bilateral cooperation based on the achievements the two sides have made this year, so as to continue pushing forward the high-level development of their ties.

Graphics: China-Russia ties – past and future 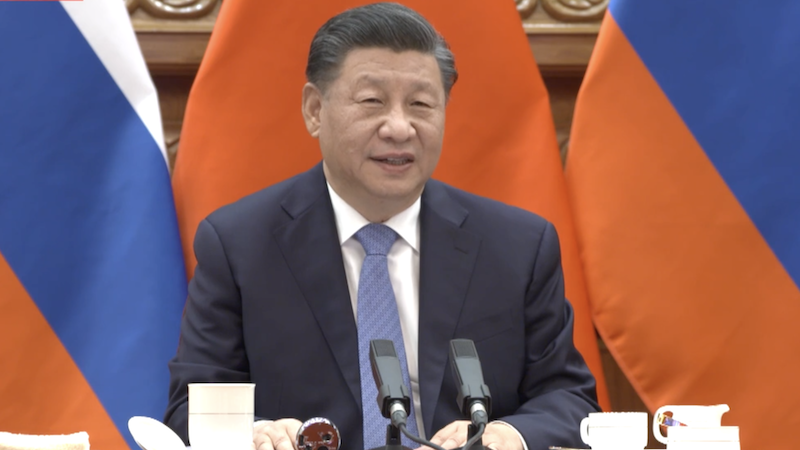 Speaking of the bilateral trade, Xi hailed tremendous political strengths and huge potential as trade between China and Russia in the first three quarters of 2021 has topped $100 billion for the first time.

Referring to the China-Russia Year of Scientific and Technological Innovation which concluded in November, Xi said a series of strategic major projects have been implemented smoothly and the synergy between the Belt and Road Initiative and the Eurasian Economic Union has also strengthened during the time.

Seeking common development based on cooperation

The Chinese president also called on the two sides to share development opportunities, while highlighting bilateral cooperation in the fields of energy and COVID-19 containment.

Xi said China and Russia should step up cooperation in the new energy sector and consolidate traditional energy cooperation, besides advancing cooperation in nuclear energy and renewable energy.

Referring to the Global Development Initiative that he proposed at the 76th session of the United Nations General Assembly, Xi said it is a public good focusing on addressing market challenges faced by the world, especially emerging markets and developing countries. The initiative also aims to boost the implementation of the UN 2030 Agenda for Sustainable Development, he added.

Noting how China and Russia have been working jointly against COVID-19, Xi said close cooperation not only adds new meaning to bilateral ties but also contributes to the global fight against the pandemic. 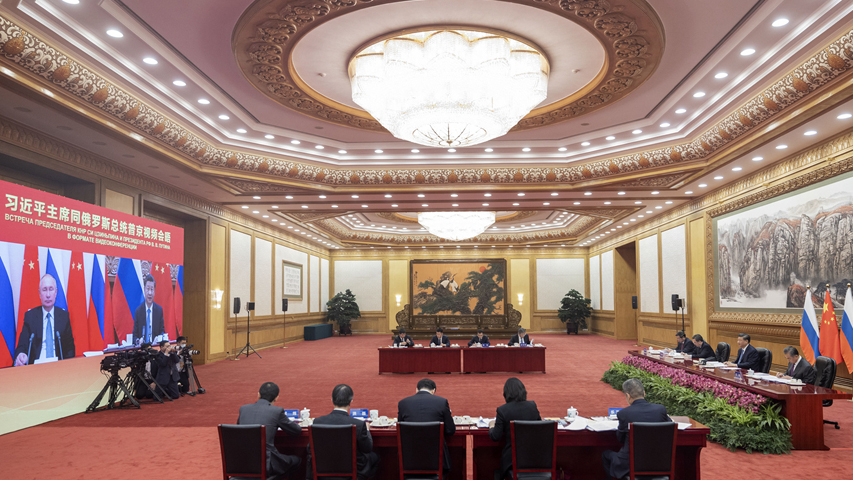 Xi said he looks forward to Putin's upcoming visit to Beijing to attend the opening ceremony of the 2022 Olympic Winter Games.

Stressing that China will deliver a "simple, safe and splendid" Winter Olympic Games, Xi said China is ready to take the opportunity to enhance sports exchanges between the two countries.

Since Putin's visit will be the first face-to-face meeting between the two leaders in the past two years, Xi said that he expects to exchange in-depth views on bilateral relationship and major international and regional issues.

Xi said that he looks forward to this "get-together for the Winter Olympics" and stands ready to work with Putin "for a shared future" to jointly open a new chapter in post-pandemic China-Russia relations.

Democracy – the shared value of mankind

Explaining China's mission, Xi said it is "both big and simple" because it is all about delivering a better life to all Chinese. "Putting people first is our fundamental philosophy of governance," he stated.

The Chinese president opposed the hegemonic moves and Cold War mentality adopted in the name of "multilateralism" and "rules," and noted that some forces were trying to interfere in China and Russia's internal affairs by using "democracy" and "human rights" as their excuse.

He called on the two countries to enhance coordination and cooperation in international affairs to safeguard their security interests and make contribution to global governance.

Reiterating that democracy is a shared human value, Xi said only the people, and no other country, can judge whether their country is democratic or not.

China is ready to enhance cooperation with Russia on this regard to uphold the correct perception of democracy and defend all countries' legitimate rights of seeking democracy.