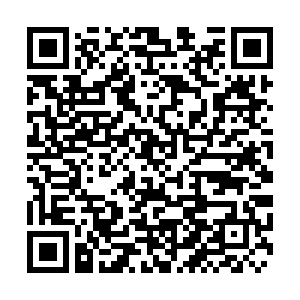 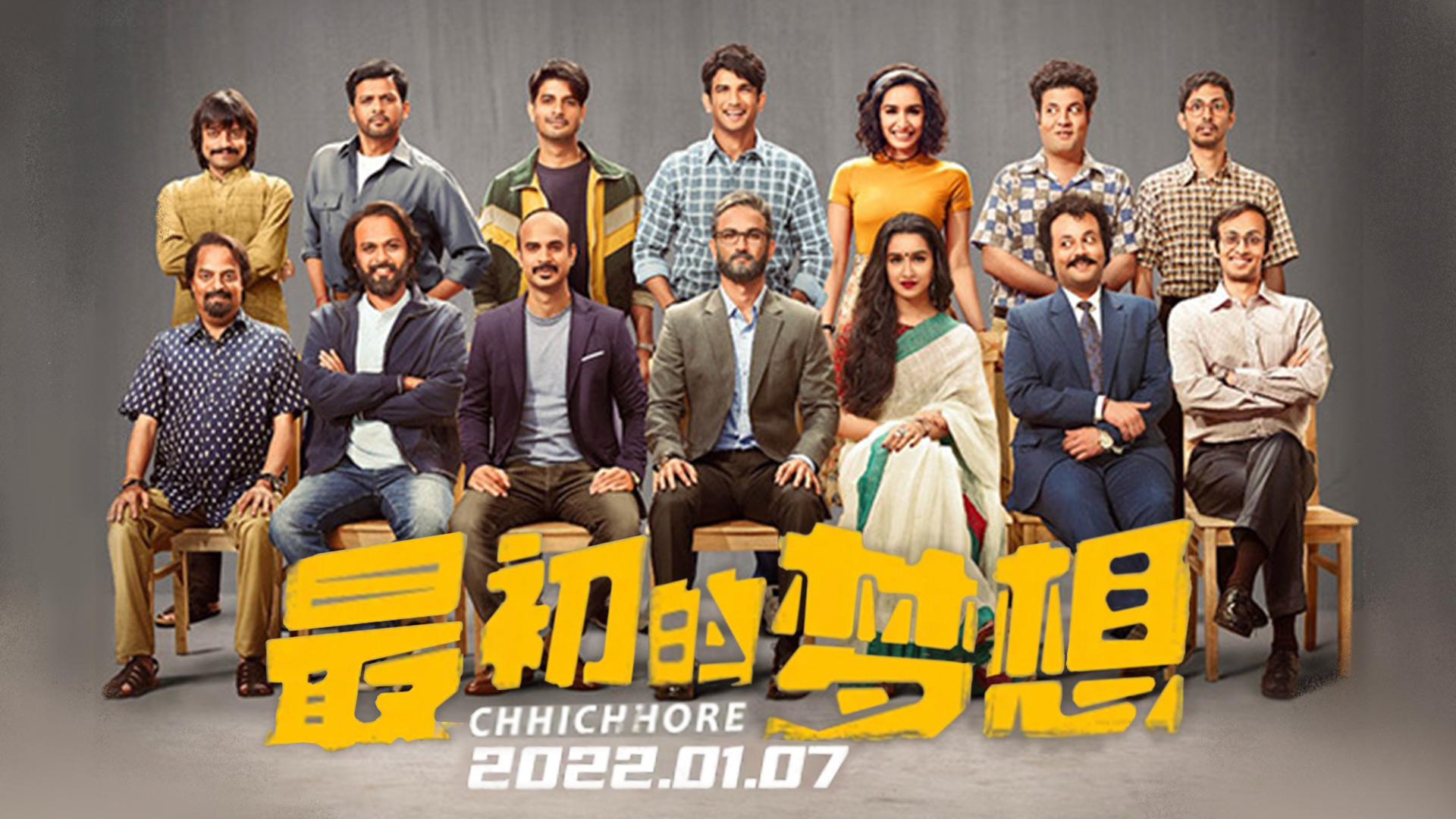 A poster of the Indian movie "Chhichhore" with its Chinese name and release date. /Publicity Photo

A poster of the Indian movie "Chhichhore" with its Chinese name and release date. /Publicity Photo

Bollywood's "Chhichhore" will be one of the first international films to hit the Chinese theatres nationwide in 2022, with its release date set for January 7, the first Friday of the new year, in what could be a sign of thawing of ties between China and India.

The critically acclaimed 2019 coming-of-age comedy-drama will be the first Bollywood film to release in the world's largest film market after a gap of two years due to the pandemic-hit disruption and the subsequent tensions between the two Asian neighbors.

"Chhichhore," which received India's prestigious National Film Award for Best Feature Film (Hindi) earlier this year, is directed and co-written by Nitesh Tiwari, whose last film - "Dangal," starring Aamir Khan – became a smash hit and the highest-grossing Bollywood movie in China with a collection of $193 million.

The release of "Chhichhore" is also being viewed as a sign of easing relations between the two Asian neighbors following the prolonged border tensions that began in the summer of 2020.

"The film's launch is probably the product of a détente between China and India, reflecting the trend of cultural exchanges between the two countries, just like the release of South Korean film "Oh! My Gran," Shi Wenxue, a Beijing-based film critic, was quoted by Global Times as saying.

"Oh! My Gran" hit the Chinese theaters earlier this month, breaking a six-year-long hiatus of South Korean movies in the Chinese market caused by increased tensions between the two nations.

"Chhichhore"'s scheduled release has been lauded by netizens in both China and India as Bollywood films are widely popular among Chinese moviegoers. The Indian Film and TV Producers Council (IFTPC) welcomed the decision stressing on the need for cultural exchange from overseas to continue.

"Chhichhore" happens to be the last film of its lead actor Sushant Singh Rajput, who died in unusual circumstances in June last year, evoking unprecedented love, sympathy and support among his fans in India. That's another reason why many Indians are rooting for the movie's success in China as well.

After watching the trailer, many Chinese netizens have drawn comparisons between "Chhichhore" and "Dangal" and hoped that the newer movie matches up to Tiwari's previous motivational work.

However, Shi remained skeptical about the box office prospects of the Indian movie, pointing out the two-year gap in its release in China, and also noting that most Chinese aficionados of Bollywood may have already watched "Chhichhore" on online platforms.

Noting that the movie only has a 7.2/10 ratings on the Chinese media review platform Douban, Shi predicted a collection of around 10 million yuan ($1.57 million) in China. 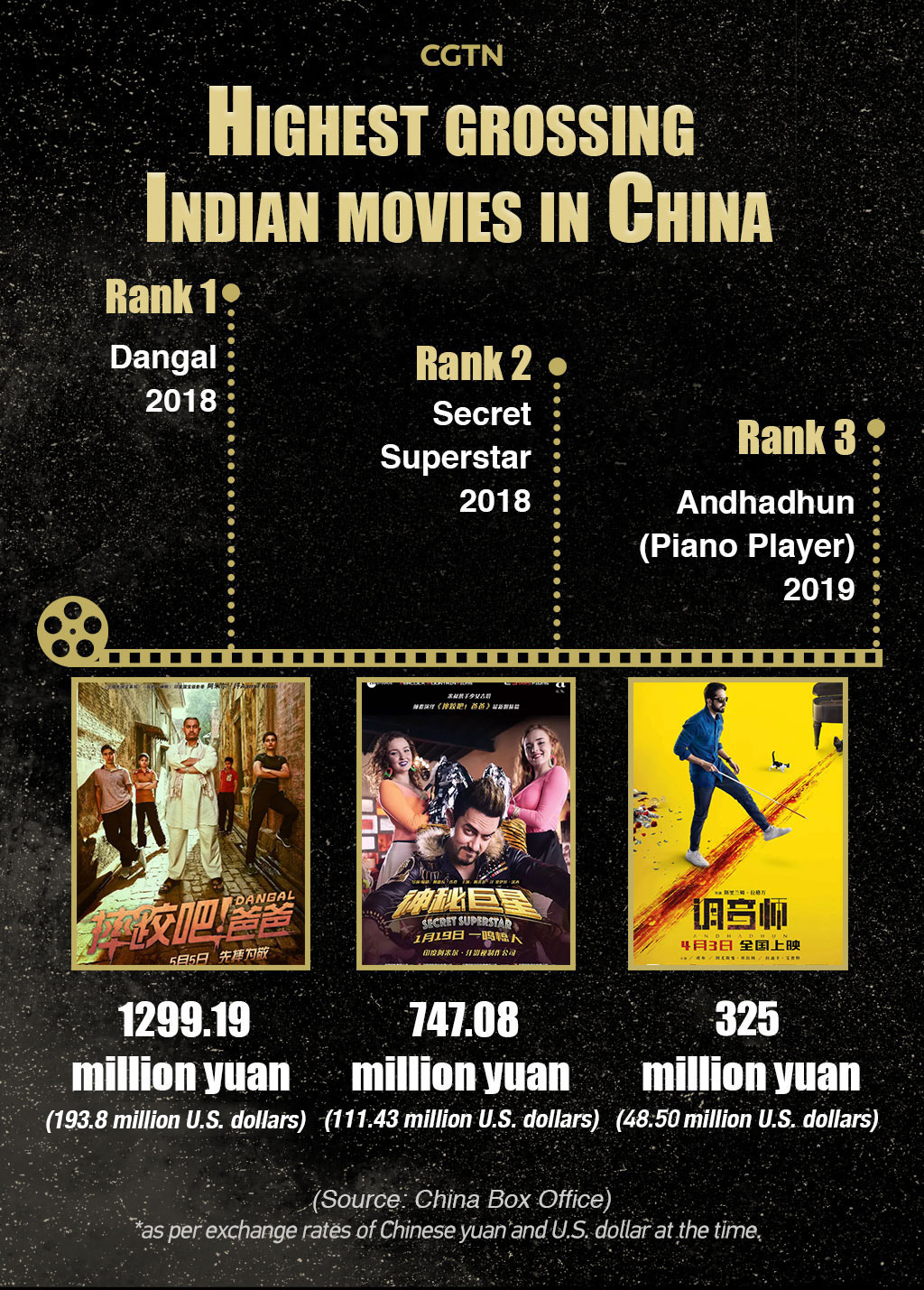 In 2019, a total of seven Indian films were released in the Chinese mainland, Akshay Kumar-starrer "Gold" being the last to hit the silver screen on December 13, 2019. Ayushmann Khurrana-starrer "Andhadhun", released on April 3, 2019, was the top Bollywood grosser in China that year with a box office collection of $48.5 million; with Sridevi-starrer "Mom" (May 10, 2019) coming second with earnings of $16 million.

The other four Indian movies to release in China in 2019 were "Beyond the Clouds," "Kaabil," "2.0" and "Ittefaq," all of which flopped on the box office. In addition, "Sui Dhaaga" was also scheduled to release in China on December 6, 2019, but was delayed.

The latest Indian movie is hitting the Chinese screens at a time when no release dates have been announced for popular Hollywood blockbusters, including superhero titles Sony-Marvel's "Spider-Man No Way Home" and "Venom: Let There Be Carnage."

According to Chinese film ticketing platform Maoyan, the number of released Hollywood films in the mainland from 2018-21 is continually dropping, coinciding with China's declining relations with the U.S. Just 25 American movies were released in 2021 compared to 45 in 2019; 2020 was an exceptional year due to the COVID-19 pandemic.

This opens up a huge opportunity for films from other countries, including India and South Korea, to gain a larger share in China's film market. Only time will tell, if Bollywood, the second-oldest film industry in the world, is able to not only retain but also expand its charm among the Chinese audience.