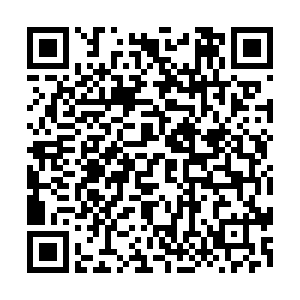 The Hong Kong and Macao Affairs Office of the State Council on Monday criticized some U.S. and Western politicians and media outlets, saying that their narrow-minded ideology has made them suffer from "cognitive disorders" over Hong Kong.

Last week, the foreign ministers of the UK, U.S., Australia, Canada and New Zealand issued a joint statement to express "grave concern over the erosion of democratic elements" following the election for the seventh-term Legislative Council in the Hong Kong Special Administrative Region (HKSAR). Media outlets such as the New York Times have also reported about China driving out most of the city's "pro-democracy" candidates.

In a statement, a spokesperson for the Office refuted remarks made over democracy, the national security law and the new electoral system in the HKSAR.

The assertion that the UK secured universal suffrage for Hong Kong is purely untrue, and no mention of "universal suffrage" or "democracy" was made in the Sino-British Joint Declaration, the spokesperson noted.

The Standing Committee of the National People's Congress (NPC) of China made a decision as early as 2007 to clarify that the fifth-term chief executive could be elected by universal suffrage in 2017, and in 2014 it reaffirmed this and specified the key elements of the method, said the spokesperson, adding that the goal was not met on schedule only because of obstruction by anti-China forces in Hong Kong.

Some foreign politicians and media asserted that these anti-China forces were fighting for democracy, and that the Chinese government cracked down on them for political purposes. That is not the case, said the spokesperson.

While some in the U.S. and the West have claimed that the national security law in the HKSAR is abused to restrict freedom and human rights, undermining Hong Kong's status as an international financial center, the fact is that the law targets a very small number of criminals who seriously endanger national security and protects the vast majority of law-abiding residents, said the spokesperson, adding that only about 150 people have been arrested in Hong Kong on suspicious of violating the law.

Hong Kong's financial market remains stable and orderly, deposits in the banking system continue to rise, and the average daily turnover of Hong Kong stocks in the first 11 months of this year increased by 34 percent year-on-year, said the spokesperson.

Foreign chambers of commerce, including the American Chamber of Commerce in Hong Kong, have expressed optimism about the future of Hong Kong, said the spokesperson.

The spokesperson also refuted claims that the new electoral system in Hong Kong is to exclude dissidents, and cited the diverse background of candidates in the recent election of the seventh-term Legislative Council as an example.

Any Hong Kong resident who conforms to the principle of "patriots administering Hong Kong" will have the opportunity to take part in elections, said the spokesperson.

The spokesperson also advised politicians and media outlets in the U.S. and the West to read a recent white paper issued by the Information Office of the State Council, which presents a comprehensive review of the origin and development of democracy in the HKSAR, and the principles and position of the Chinese central government.