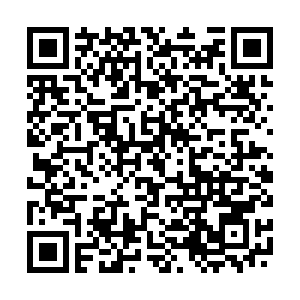 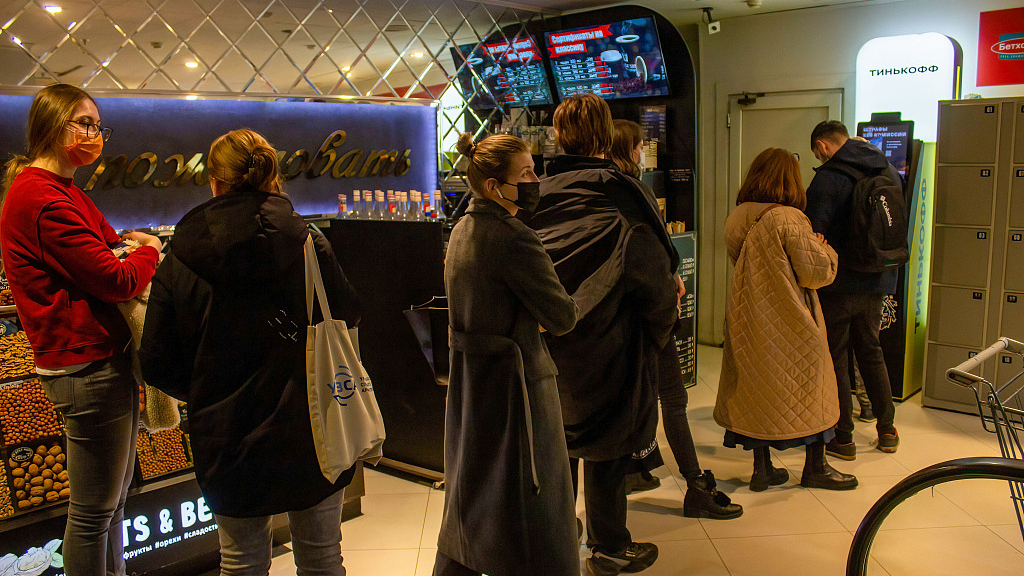 People line up to withdraw U.S. dollars at a Tinkoff ATM in a supermarket on Tverskaya street in Moscow, Russia. /CFP

People line up to withdraw U.S. dollars at a Tinkoff ATM in a supermarket on Tverskaya street in Moscow, Russia. /CFP

The rouble traded near record lows against the U.S. dollar and euro in volatile Moscow trade on Friday, after Russia's credit rating was cut to "CCC-" by S&P and talks over the conflict with Ukraine did not reach a breakthrough.

S&P cut Russia's rating less than a week after dropping it from investment grade, as international sanctions ramped up the chances of a default.

There were signs of tentative progress in talks between Russia and Ukraine on Thursday, with the countries agreeing on the need for humanitarian corridors for civilians, but no major resolution.

Dmitry Polevoy, investment director at Locko Invest, cautioned that the sanctions imposed on Russia over the Ukraine conflict - which Moscow terms a "special operation" that it says is not designed to occupy territory - would lead to an economic shock of a magnitude not seen in a long time.

At 1310 GMT, the rouble was 7 percent weaker against the dollar at 114.0 having earlier neared the record low of 118.35 struck on Thursday. Against the euro, the Russian currency set a new all-time low above 125.9 before paring losses slightly to trade down over 5 percent at 124.2 .

Russia five-year credit defaults swaps – a measure of the cost of insuring exposure to its debt – stood at 1,497 basis points (bps), up from Thursday's 1,412 bps close but still some way away from the record close of 1,973 on Monday, data from IHS Markit showed.

Implied volatility on the rouble spiked in early trading with the one-week gauge hitting 116 percent before settling at 93.6 percent, data from Fenics showed.

The Moscow Exchange's stock section remained largely closed on Friday, a fifth day of restrictions imposed by the central bank.

On Friday the Russian central bank lowered the commission on foreign exchange purchases by individuals via brokers to 12 percent from 30 percent.

In a move to try to stabilize wildly fluctuating markets, the Moscow Exchange imposed a ban on short selling of euro currency and stock instruments.

Citing a deterioration in borrowing conditions, the finance ministry paused issuance of OFZ treasury bonds for households. There were roughly 39 billion roubles ($343.5 million) of the retail investments outstanding as of January 1.