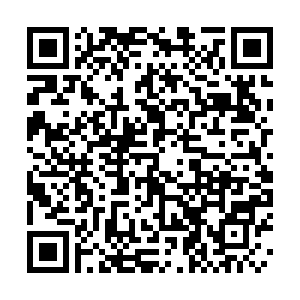 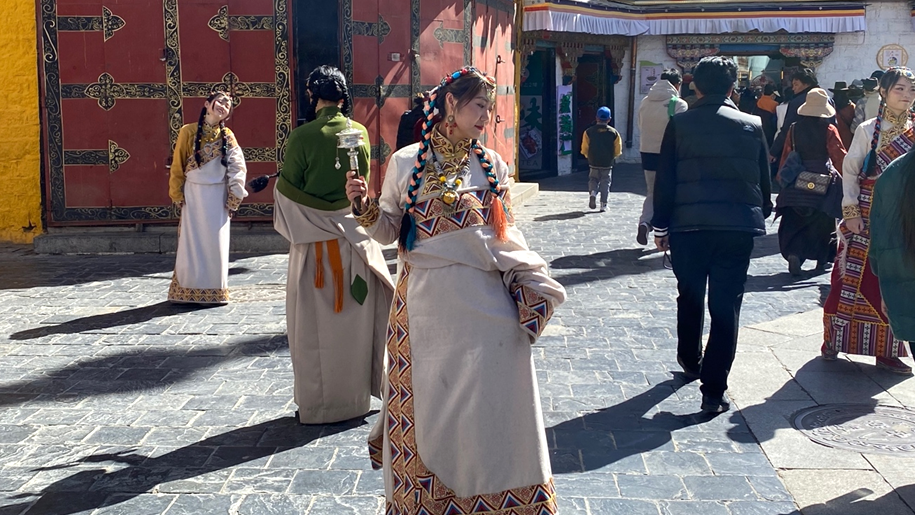 A tourist poses for photos in Tibetan costumes at the Barkor Street in Lhasa, southwest China's Tibet Autonomous Region. /CGTN

A tourist poses for photos in Tibetan costumes at the Barkor Street in Lhasa, southwest China's Tibet Autonomous Region. /CGTN

The Tibetan New Year, also known as Losar, is nearing the end. Earlier this month, I spent about one week in Lhasa, capital of Tibet Autonomous Region, to see how locals celebrate the festival. The city was somewhat quieter than I expected, partly because no traditional events were held due to COVID-19 concerns, but I found something interesting from tourists there.

Sitting at an altitude of some 3,650 meters, Lhasa is widely accepted as a "holy city" in China, boasting unparalleled landscapes, unique ethnic culture and in particular, renowned Tibetan Buddhism. All these make it a popular tourist destination.

One of the must-see sites of Lhasa is the Barkor Street, encircling the renowned Jokhang Monastery. Built in the seventh century, the monastery is hailed as the most sacred and important one in Tibet, housing a sizable collection of significant cultural artifacts. During the New Year holiday, many shops along the street were closed, but it still attracted quite a few visitors from different parts of the country, who flocked here for a new fashion trend – taking pictures while dressed as local Tibetans.

Standing on both sides of the street are many photography studios, which provide a package service – from rental of various Tibetan costumes to makeup and photography. I asked the owner of a relatively large studio, and was told that it costs some 400 yuan (about $63) to take a set of photos with one robe. 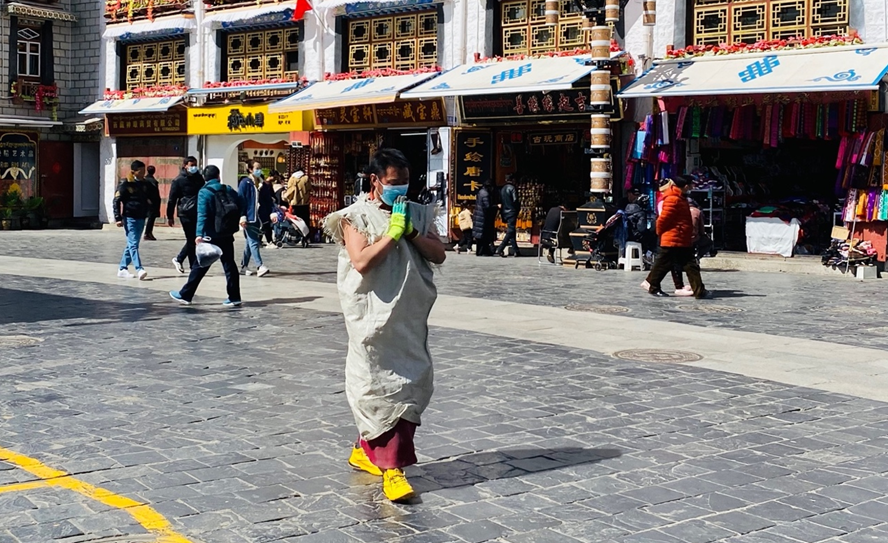 The Jokhang Monastery is viewed as the ultimate pilgrimage destination for Tibetan pilgrims. So, walking along the street with exquisite Tibetan-style architectures, you can come across local residents, Buddhists, devout pilgrims and these trendy young people striking various poses for pictures.

I've visited Lhasa several times, but this is the first time that I felt this business to be growing so fast. Some consumers even complain on social media platforms that as the market competition gets fierce, the service quality is on the decline, and many unqualified photographers are trying to have a piece of the pie.

Opinions on this trend are divided. Some people say that it's a positive way to boost local tourism, but some argue that rising commercial activities like these can taint the city's sanctity.

"This can satisfy many visitors' curiosity for Tibetan customs to some extent, and it's also conducive for promoting Tibetan culture in a subtle way, in particular, Tibetan costumes," said Bema, a local Tibetan man. "But it would also disturb residents living in the neighborhood and pilgrims."

Bema noted that some "camera hooligans" photographed locals without their consent, infringing upon their privacy.

It's normal to see many people making noise and taking pictures just in front of the monastery while pilgrims pray. 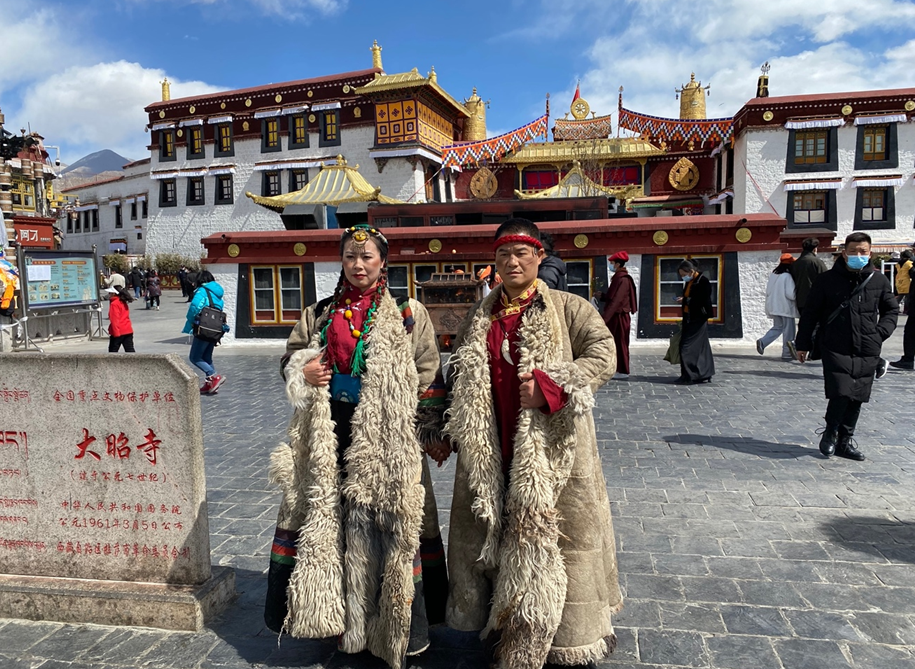 A couple dressed in traditional Tibetan robes pose for photos in front of the Jokhang Monastery. /CGTN

A couple dressed in traditional Tibetan robes pose for photos in front of the Jokhang Monastery. /CGTN

I also talked to a non-Tibetan media professional in Lhasa surnamed Zhang. She said it could be a good thing if the business developed in an orderly manner.

"I notice that the overwhelming majority of the businesspersons are non-locals. I just worry they would bring some misconceptions of Tibetan customs and culture to their customers if they don't know them (the customs) well," said Zhang.

She added that it would be great if young locals also join the sector, as they know better about their own culture, and this can create job opportunities. 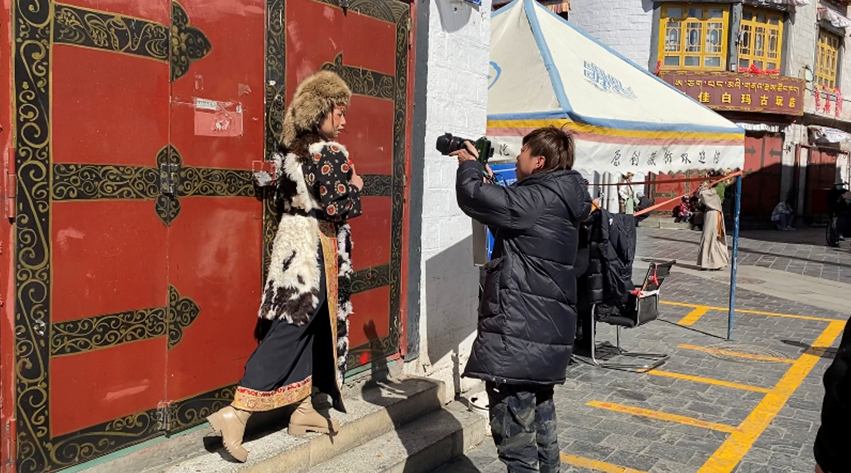 A photographer takes pictures for a visitor dressed in traditional Tibetan robes. /CGTN

A photographer takes pictures for a visitor dressed in traditional Tibetan robes. /CGTN

For me, I think no matter what we do here, we have to be respectful, and wearing Tibetan robes is just the first step to learn about the holy place.