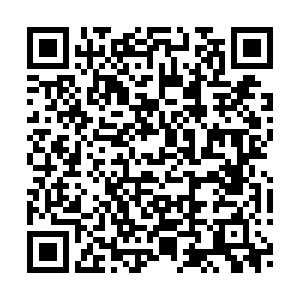 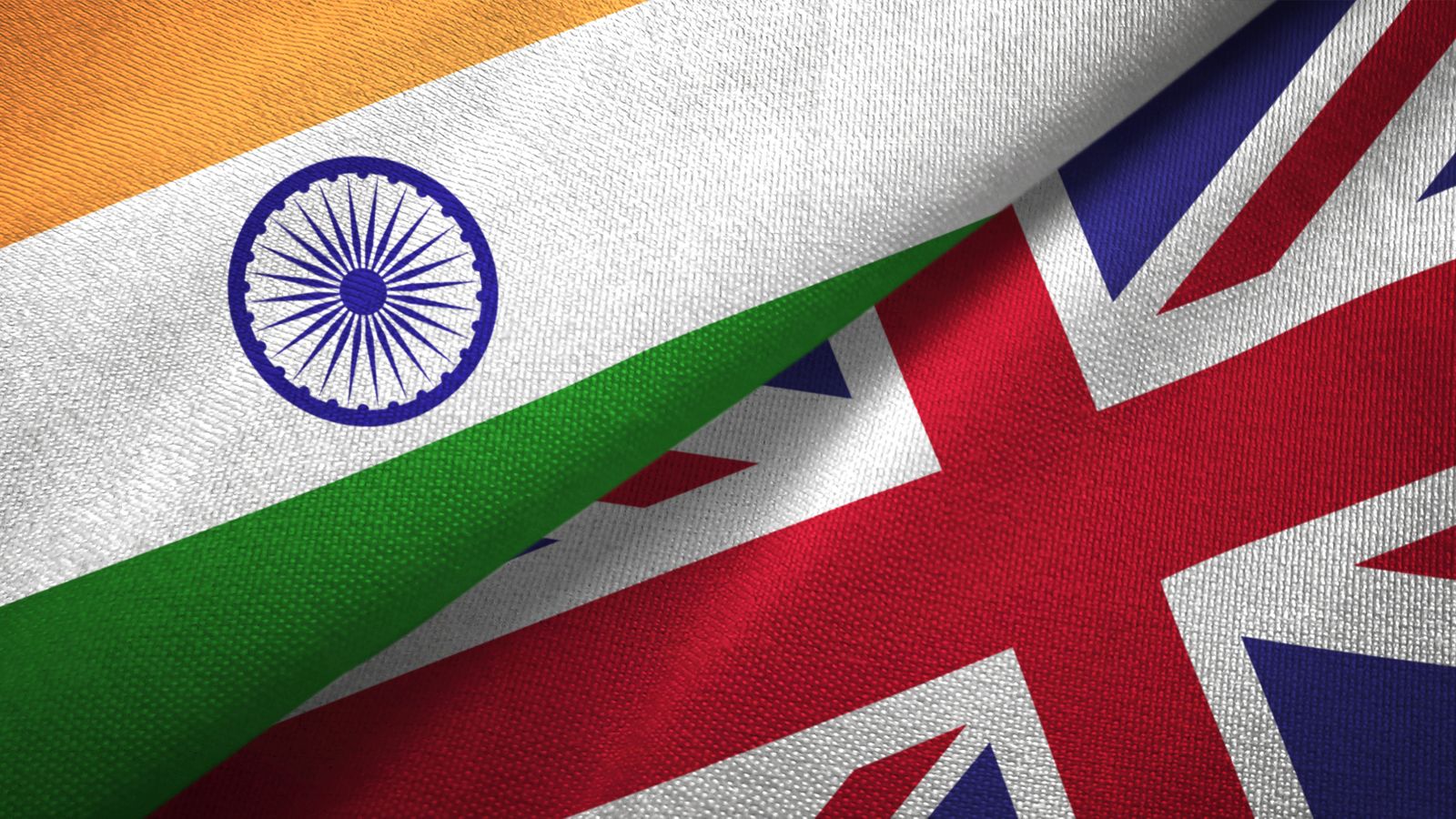 A visit by a high-ranking multi-party UK delegation to India led by the House of Commons Speaker Sir Lindsay Hoyle had to be called off despite British Prime Minister Boris Johnson's last-ditch effort, in a sign of widening differences over India's refusal to toe the Western line on Russia-Ukraine conflict.

The 10-member delegation was planning to visit Delhi and Rajasthan and had been in talks with the Indian authorities since January, but the Indian high commission (diplomatic missions in Commonwealth countries are known by that name) in London is understood to have raised objections at the last minute, The Guardian reported.

It is learnt that the initial goal of the delegation was reportedly to discuss a UK-India free trade deal, but they changed their mission following Russia's military operations in Ukraine. The delegates were planning to persuade New Delhi to take a tougher stance towards Moscow, which alarmed the Indian authorities, leading to the decision to cancel the visit.

The Guardian report stated that it is unclear whether the Indian officials had issues with individual members of the delegation or were concerned in general about the British Parliament members that sought to persuade the Indian prime minister to take action against Russia.

On Tuesday, Johnson spoke with Indian Prime Minister Narendra Modi in an attempt to use his influence to persuade India to take a more robust position against Russia. 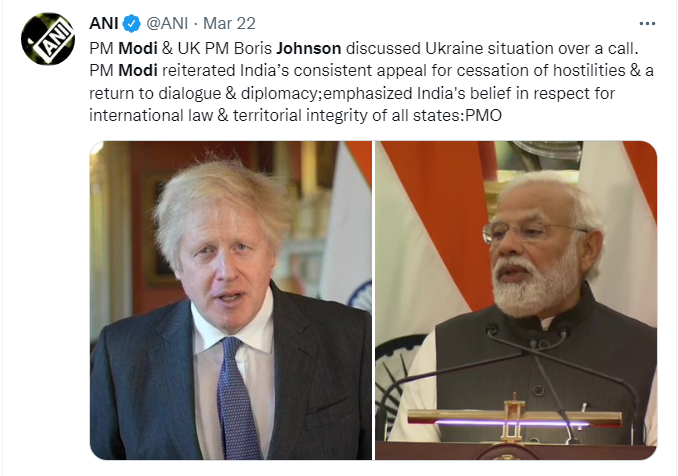 A screenshot of a tweet by ANI news agency on the telephone call between Indian Prime Minister Narendra Modi and his British counterpart Boris Johnson. /Twitter @ANI

A screenshot of a tweet by ANI news agency on the telephone call between Indian Prime Minister Narendra Modi and his British counterpart Boris Johnson. /Twitter @ANI

The two leaders discussed the situation in Ukraine, and Modi called for respect for Ukraine's sovereignty and for an end to the hostilities. Modi informed his UK counterpart about India's humanitarian support, while Johnson said both countries "should intensify efforts to promote peace and de-escalation in the region."

India has resisted constant Western pressure to impose sanctions on Russia, its biggest supplier of military hardware, and a partner in multilateral fora such as BRICS and Shanghai Cooperation Organization (SCO). It continues to buy Russian oil and is currently discussing mechanisms to switch to ruble-rupee trade.

New Delhi has refused to side with the U.S. and Western countries in condemning Russia at the United Nations (UN) and repeatedly abstained from resolutions that seek to do so.

On Thursday, India yet again abstained on the vote in the UN General Assembly on Ukraine. "India abstained on the resolution since what we require now is to focus on cessation of hostilities and on urgent humanitarian assistance. The draft resolution did not fully reflect our expected focus on these challenges," India's permanent representative to the UN, T. S. Tirumurti said, explaining the vote.

That India's decision to bar the British parliamentarians from visiting the country coincided with the Chinese State Councilor and Foreign Minister Wang Yi's surprise visit to New Delhi, only heightens its increasing difference with the West over its position on the Russia-Ukraine conflict.