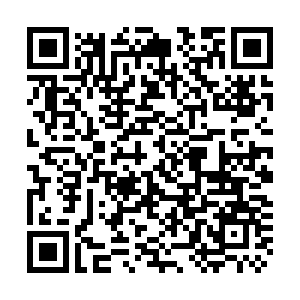 In the upcoming week, Russia-Ukraine conflict will continue amid hope for breakthroughs after the Bucha incident and Russia's early termination of membership of UN Human Rights Council, and Pakistan is expected to have a new prime minister.

On Monday, Ukrainian President Volodymyr Zelenskyy will deliver a virtual address to South Korean lawmakers. The president said on Saturday that Ukraine was "still ready" to continue negotiations with Moscow, which have stalled since the discovery of atrocities in Bucha and other areas near Kyiv.

Moscow and Kyiv have conducted several rounds of peace talks to seek a political settlement to the ongoing crisis, but achieved no major breakthroughs. Russian officials said recently they hope this will end "in the foreseeable future."

Meanwhile, Europe's top diplomats will attend a meeting of the EU Foreign Affairs Council on Monday.

According to the council's agenda, EU foreign affairs ministers will discuss the situation in Mali and Yemen as well as the latest developments concerning the Russia-Ukraine conflict.

The EU has decided to ban Russian coal from August, as part of the fifth package of sanctions against Russia, according to a press release published Friday by the Council of the EU.

On early Sunday morning, Pakistani Prime Minister Imran Khan lost the no-confidence motion filed by an opposition alliance after a majority of members of the National Assembly voted against him.

Sardar Ayaz Sadiq, member of the National Assembly, announced that 174 members voted against the prime minister in the 342-member house.

On March 28, an alliance of opposition parties presented the no-confidence motion against Imran Khan in the National Assembly.

According to the procedure and rules, the house will send the result of the no-confidence motion to the country's president for approval and permission to start the process to elect a new prime minister.

Sharif told parliament on Sunday that "a new dawn has started," saying that the alliance will rebuild Pakistan.