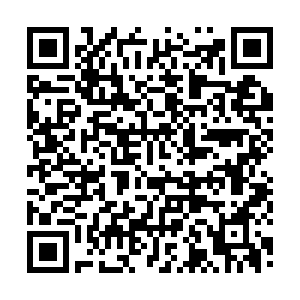 The Russia-Ukraine conflict and the subsequent Western sanctions on Moscow have driven up the cost of food in Africa. Russia and Ukraine account for nearly a quarter of the global wheat exports. The food crisis has been compounded by the Horn of Africa facing the worst drought in four decades. China has provided emergency food aid to drought-affected African countries.

CGTN spoke with Joseph Olivier Mendo'o, a PhD scholar majoring in international politics at Peking University in Beijing, to understand Africa's food challenge in these testing times. Mendo'o is a native of Cameroon and also heads the African youth delegation in China.

CGTN: What is the ground reality of the food situation in Africa?

Olivier Mendo'o: First of all, let me give you a picture of what is happening around the Horn of Africa. It is facing the most severe drought in recent history, with three consecutive rainy seasons failing to materialize since 2020. We also have a below precipitation or below-average rainfall, as per the forecast up until May.

Now, Russia's invasion of Ukraine has impacted the wheat trade as well. Wheat is very important for the Horn of Africa and the eastern part of Africa. We know that Russia and Ukraine account for about a quarter of the world wheat exports, which actually includes the supply of around 90 percent of East African imported wheat. These are the data from the World Food Programme's food security analysis.

Wheat also accounts for a third of the average national cereal consumption in East Africa, 84 percent of which is met by import. So with the war, we had a disruption of supply of cereals, oilseeds and other commodities that are shipped along the Black Sea region, and it will have significant implications for Africa's food security.

In addition, we also have the COVID-19 pandemic that is still around. And government debts and conflicts to deal with. But then we have to relativize a little bit.

CGTN: Is Africa's food security threatened due to the conflict?

Olivier Mendo'o: In fact, most of the African countries' food dependency on Russia and Ukraine is very low. If I give you some concrete numbers, African countries on the whole import less than 3 percent of their agricultural imports from the two countries. In contrast, if you consider European countries, they collectively import 77 percent of Russian and Ukrainian produce.

Most African countries and consumers will gradually get some alternatives to wheat and other staples. So, I'm not saying that the disruption caused by the conflict didn't bring any challenge, but we need to relativize. I assure that Africa is not a lost case.

What Africa needs is not humanitarian aid. OK, we're facing food insecurity, but then what we need is high-quality trade. We need high-quality investment, high-quality debt from the rest of the world that will enable the whole African continent to support and sustain its citizens more flexibly.

'China, a consistent partner for Africa'