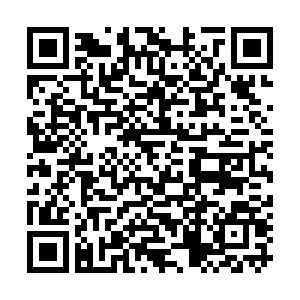 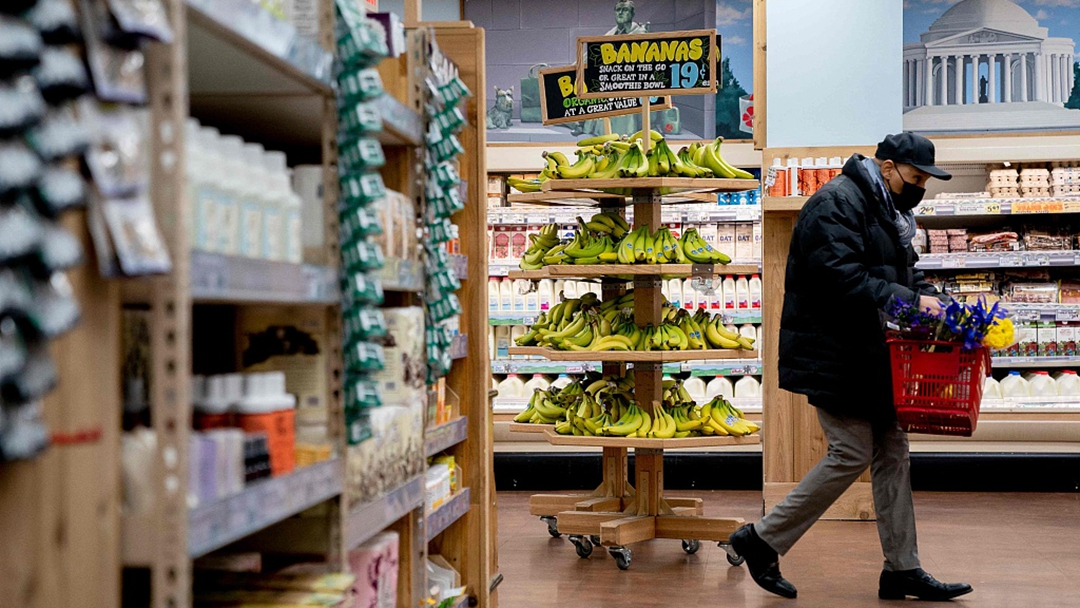 Editor's note: Jimmy Zhu is the chief strategist at Fullerton Research. The article reflects the author's opinions and not necessarily the views of CGTN.

More evidence shows that rising inflation around the world, particularly in some developed economies in the West, has forced many major central banks to aggressively tighten their monetary policies, putting global growth outlook in a complex situation.

The U.S. March Consumer Price Index (CPI) rose 8.5 percent from a year ago, its highest reading in 40 years. Some evidence shows that inflation in the world's largest economy has become more broad-based and pervasive, rather than just being driven by skyrocketing energy prices. The food CPI in the U.S. rose 8.8 percent last month. That came as evidence showed that supply chain disruptions, higher raw material prices and labor costs pushed prices up almost everywhere.

Average gas prices in the U.S. rose above $4 a gallon in March and April. The American Automobile Association said that the $4 level was the tipping point for U.S. consumers in terms of needing to change their lifestyle and consumption behaviors. Many Americans now have much less discretionary income to spend than before because of higher gasoline prices.

In addition, fresh economic data indicates that U.S. consumption activity is deteriorating due to rising inflation, and that higher wages are not enough to offset the additional costs. The most recent University of Michigan consumer confidence index has dropped to its lowest level in 10 years. Furthermore, retail sales declined last month, if excluding the impact of surging fuel prices. The data explains why the U.S. Federal Reserve is likely to increase rates by 50 basis points in May and could reduce its balance sheet.

Once the Fed raises rates (which it hasn't yet done), an inversion in the treasury yield curve could intensify more as short-end rates may rise faster than long-ends. In such an environment, banks likely would be less willing to lend as their interest rate margins shrink. Most deposit rates track short-end bond yields while lending rates usually follow the long-end yield.

Since the beginning of the pandemic, the Fed's unprecedented stimulus program had helped lift personal consumption and private domestic investment, both of which were main drivers of GDP growth. Now, less liquidity in the financial system due to tightening monetary measures may send the American economy into recession in 2023.

The Euro zone economy could suffer even more than the U.S. from rapidly rising costs. The Euro zone CPI grew at a historically fast pace in March, up 7.5 percent from a year ago. Russia-Ukraine geopolitical tensions have caused energy prices to continue soaring, increasing the costs of everything from food to household energy bills.

The European Union is still working out the details of how to reduce reliance on Russian energy supplies and the results could lead to a cost-of-living crisis in the region. Germany also recently rejected Russian President Vladimir Putin's demand to pay for gas in rubles from some countries. Ongoing disputes among the different European countries mean a less likely chance to reach important agreements and subsequent supply chain disruptions could worsen and push prices even higher.

Even with the fragile economic outlook in the eurozone, the European Central Bank confirmed on April 14 that it would conclude its net asset purchases in the third quarter. After that, the bank could follow the same path as the Fed and the Bank of England by raising interest rates. As the Russia-Ukraine conflict is expected to bring more unanticipated risk to the European economies, raising rates by the European Central Bank (ECB) would almost certainly cause some major economies to slip into recession.

The eurozone's manufacturing Purchasing Managers' Index dropped to 56.5 in March from 58.2 in February. April's reading is expected to decline as well due to geopolitical conflicts. The ECB's decision to stick with its stimulus exit may be come at a bad time but the central bank's priority is to do whatever it can to curb inflation, not to support growth.

The ECB simultaneously tightening its outlook with the Fed and the Bank of England has been a rare occurrence over the past decades. It last happened in 1999 and 2006 when those central banks increased their rates and on both occasions those actions were followed by famous recessions. Thus, the risk for recession among those major economies in the coming years becomes higher.

Expectations for the People's Bank of China (PBOC) to introduce more monetary support to offset the economic impact of the ongoing pandemic has been increasing in recent weeks and on April 15 the central bank lowered the reserve requirement ratio by 25 basis points for most banks and 50 basis points for some smaller institutions. But the PBOC didn't change the rate of medium-term lending facility, even though some economists had expected a cut earlier.

Higher bond yields in the U.S., driven by a hawkish Fed and worsening inflation could be one of the reasons that the PBOC has refrained from cutting the rate for now. China's 10-year government bond yield is 2.82 percent, compared with the 2.87 percent U.S. rate.

Moreover, the PBOC may prefer liquidity management tools of channeling more cash into the financial system and real economies to spur additional bank lending, rather than lowering borrowing costs to maintain financial stability.