Download
Xi: China's commitment to reform and opening-up will not waver
CGTN 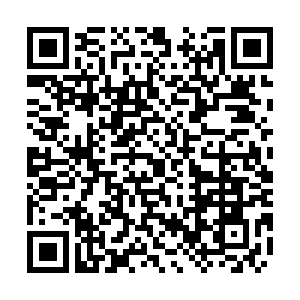 A view of the Yangpu Economic Development Zone in the city of Danzhou in south China's Hainan Province, April 12, 2022. /CFP

A view of the Yangpu Economic Development Zone in the city of Danzhou in south China's Hainan Province, April 12, 2022. /CFP

"No matter how the world will change, China's faith in and its commitment to reform and opening-up will not waver," said Chinese President Xi Jinping during the opening ceremony of the Boao Forum for Asia (BFA) Annual Conference 2022 on Thursday.

Delivering his speech via video, Xi said the Chinese economy will provide great dynamism for the stability and recovery of the global economy and broader market opportunities for all countries.

"The fundamentals of the Chinese economy – its strong resilience, enormous potential, vast room for maneuver and long-term sustainability – remain unchanged," he said.

The 2022 BFA annual conference is held from April 20 to 22 in Bo'ao, Hainan Province, under the theme of "The World in COVID-19 & Beyond: Working Together for Global Development and Shared Future."

China announced a decision to develop Hainan into a pilot free trade zone while gradually exploring and steadily promoting the establishment of a free trade port with Chinese characteristics in 2018.

His words came after his inspection tour to the tropical island between April 10 to 13.

Xi also said, "China will implement the Regional Comprehensive Economic Partnership (RCEP) in full, seek the conclusion of high-standard Free Trade Agreements with more countries and regions, and actively work for joining the Comprehensive and Progressive Agreement for Trans-Pacific Partnership and the Digital Economy Partnership Agreement."

RCEP, which had 15 Asia-Pacific countries as signatories in November 2020, is the world's largest free trade agreement bloc, encompassing an estimated 30 percent of both the world's population and the global GDP.

Referring to the Belt and Road Initiative he proposed in 2013 to improve regional connectivity, economic integration, and people's livelihoods and welfare, Xi said China will "press ahead with high-quality Belt and Road cooperation to make it high-standard, sustainable and people-centered."