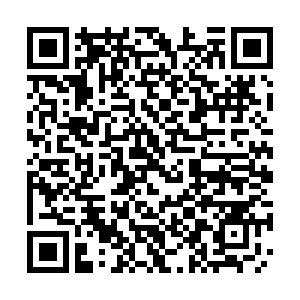 Ma Xiaoguang, a spokesperson for the State Council Taiwan Affairs Office, described the treaty as "illegal and invalid" when responding to a query about remarks by two senior DPP officials Lai Ching-te and You Si-kun.

Lai and You said on Thursday that the 1951 treaty did not specify the sovereignty over Taiwan and compared a possible "invasion" of the island with Russia's military operation in Ukraine.

Ma said Taiwan has been part of China's territory since ancient times and has never been an independent country.

A number of international legal documents, including the 1943 Cairo Declaration and the 1945 Potsdam Proclamation, acknowledged China's sovereignty over Taiwan, he noted.

Resolution 2758 adopted by the United Nations General Assembly in 1971 recognizes that the government of the PRC is the only lawful representative of China to the UN, he added.

Relevant historical facts and laws show that Taiwan has no other status under the international law except as part of China, he stressed.

The so-called San Francisco Peace Treaty was merely a product made by a tiny minority of Western countries during the Cold War, which was wanton violation of the international law and interference in another country's internal affairs, he said.

The Taiwan question is a legacy issue of China's civil war and differs in nature from the Ukraine issue, Ma said, adding that it is China's internal affair to make a decision on how to solve the Taiwan question.

"All necessary measures against provocations and coercion from the forces seeking 'Taiwan independence' are just moves to defend China's sovereignty and territorial integrity and thwart separatist attempts," he said. "How can they be called 'invasion?'"

The mainland will "show maximum sincerity and make maximum efforts" to achieve a peaceful reunification but will never allow Taiwan to be separated from China, he said.

The spokesperson warned the DPP authority against misjudgments and moves that cross the "red line," vowing that the mainland will take resolute measure to crush "Taiwan independence" plots.