Download
Is the U.S. an empire? The answer is an emphatic yes!
Abhishek G Bhaya 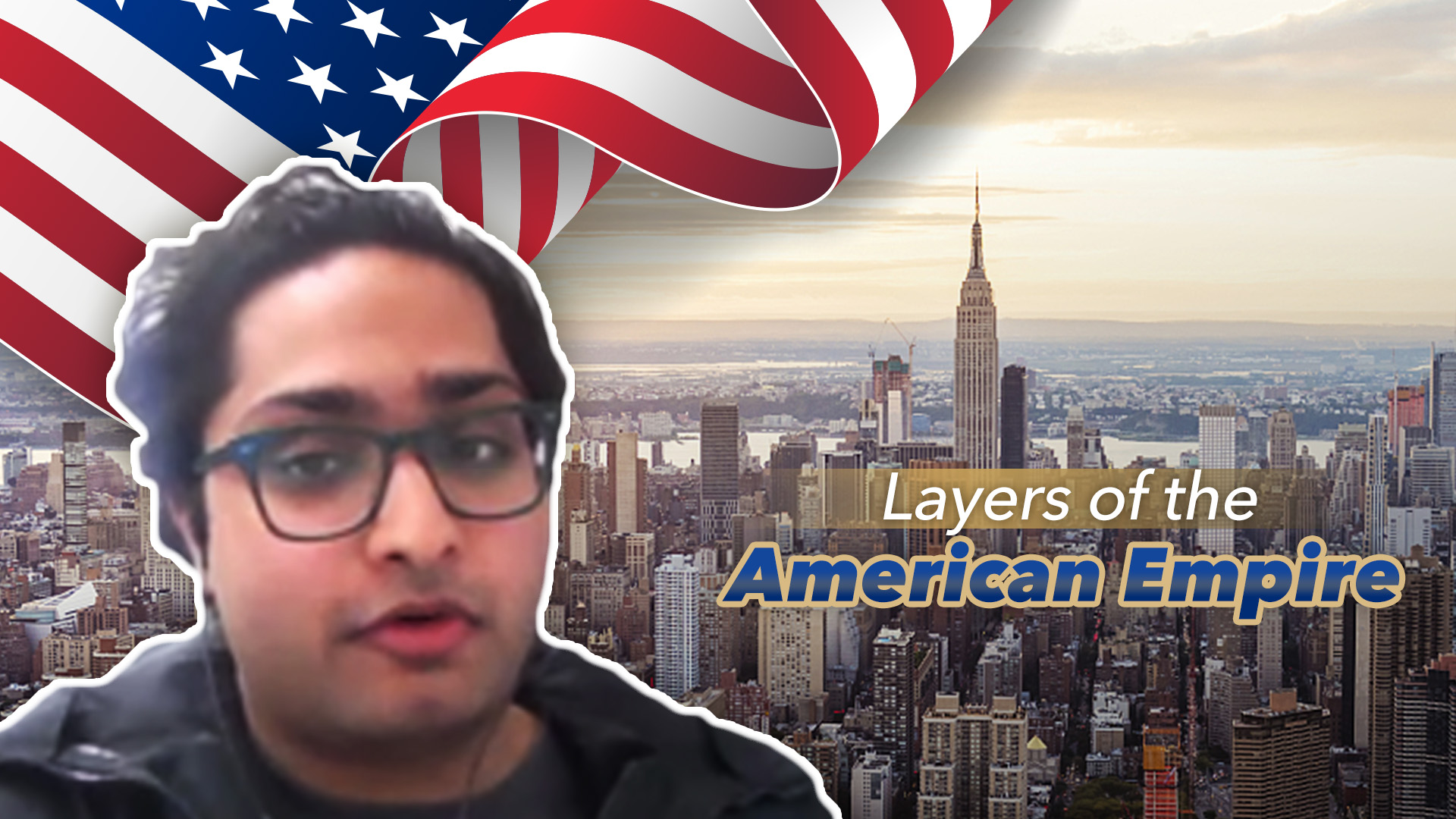 "Is the U.S an empire? I think the answer, as we all agree, is an emphatic yes!" Eshaan Vakil, an outspoken young American anti-imperial activist, proclaimed at a webinar last week.

It is not even a debate today that the U.S. remains the world's most dominant imperial power. While the U.S. may not be an "empire" in the conventional sense of the word, it pursues an aggressively "imperial" foreign policy, driven by zeal to perpetuate global hegemony with the necessary support from other Western allies.

A growing number of liberal and progressive youth groups in the West are not only acknowledging the dark history of American imperialism, but are increasingly encouraging anti-imperialist voices to push back against the U.S. policies that are deemed "imperialist."

"I think the U.S. empire functions on many different levels," said Vakil, a Harvard scholar and a member of the Steering Committee for the International Committee of the Democratic Socialists of America.

"There are the parts that are more visible, that everyone knows about, like the hundreds of U.S. military bases scattered throughout the world in many different countries. Then there are the militant actions that the U.S. takes to maintain its global empire, like regime change and sponsoring of violence in the Global South. The U.S. maintains its empire through economic means as well," he elaborated at the webinar titled "Anti-Imperialism: A Youth Voice" organized by the Massachusetts Peace Action.

The hallmark of an empire

Vakil explained that the U.S. tries to achieve its imperial goals through both its domestic and international politics despite projecting a "strict separation" of the two spheres. "In reality, because the U.S. is an empire, and because our actions have consequences throughout the world, these two spheres are really one and the same."

"And I think that idea that countries are being immiserated and resources are being extracted to keep people in the Global North wealthy is very much a hallmark of an empire."

While he admitted that imperialism may not be "uniquely" an American problem and that other nations show imperial traits too, Vakil reminded that the sheer scale and global impact of U.S. hegemony can't be ignored by deflecting the anti-imperial movement elsewhere.

"In certain cases, it makes sense to say other countries can be imperialist, but at the same time you also have to be cognizant of the fact that the vast majority of countries are in the U.S. system and obey the Washington Consensus," he said, noting that of the about 200 countries in the world, 180-190 are members of the International Monetary Fund (IMF) and "are okay with (having) U.S. bases on their territory and things of that nature."

The Washington Consensus is a set of ten economic policy prescriptions considered to constitute the "standard" reform package promoted for crisis-wracked developing countries by Washington, D.C.-based institutions such as the IMF, World Bank and the United States Department of the Treasury. Critics of the Washington Consensus say it promotes American and Western hegemony.

"As an American citizen, I can't control what the governments of Russia or China do but I can control what my own government does. So, regardless of how we view imperialism by other countries, as Americans and residents of the Global North, we have to take action where we can maximize our impact in reducing American imperialism," contended Vakil.