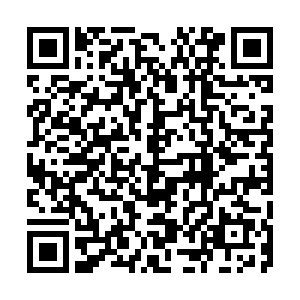 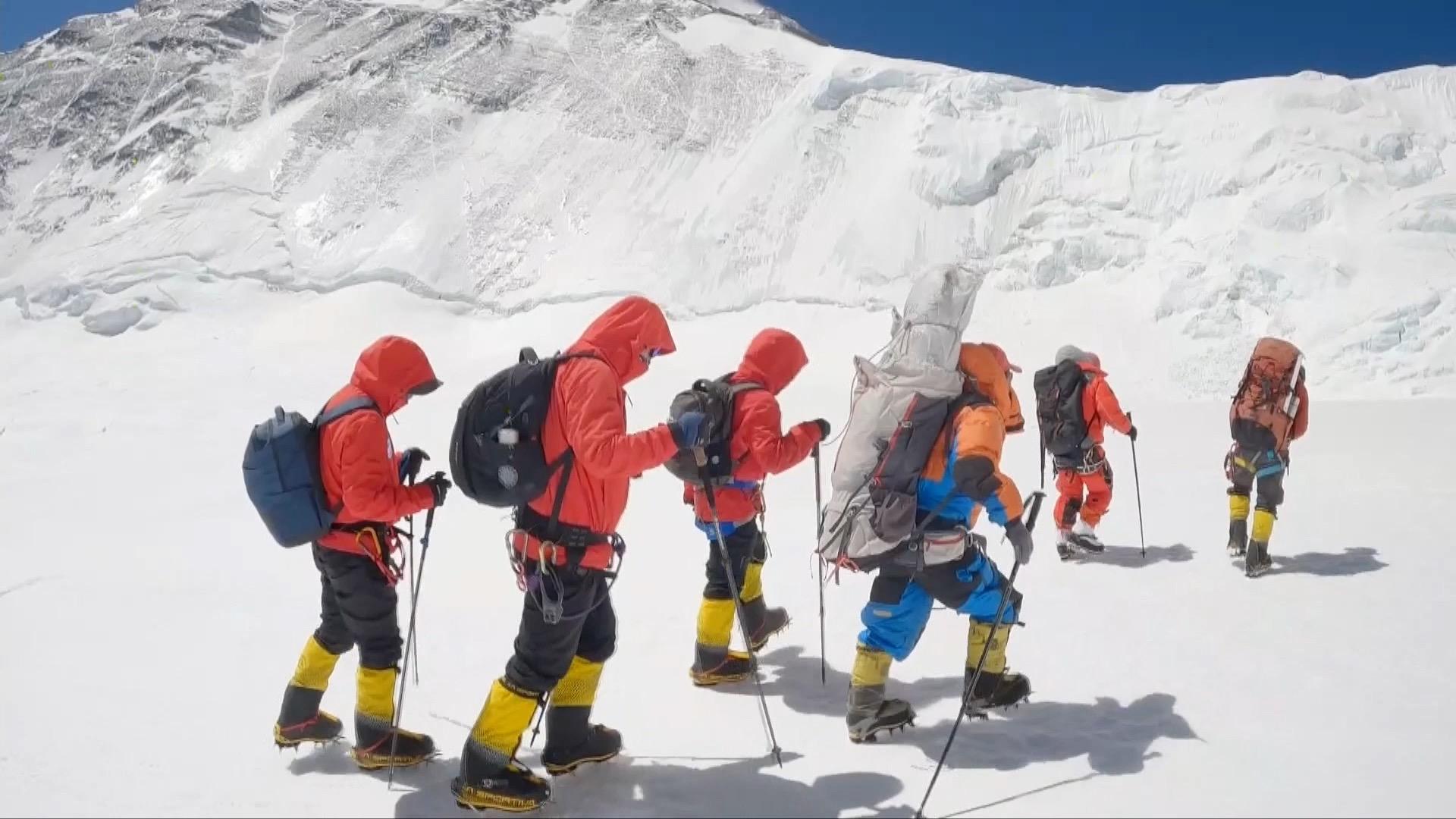 Six members of the surveying team climbing towards the Mount Qomolangma at the China-Nepal border, May 1, 2022. /CMG

Six members of the surveying team climbing towards the Mount Qomolangma at the China-Nepal border, May 1, 2022. /CMG

Carrying automatic weather stations and an array of radar equipment, 14 members of the Chinese expedition team set out at 2 p.m. on Monday. This is said to be the most important journey this team of professional mountaineers will ever make on the mission.

At around 7 p.m. the same day, 14 team members successfully arrived at Beiao, or the North Col camp, at an altitude of 7,028 meters. The weather was calm, but one of the members was suffering from altitude sickness.

After a good night's rest, the remaining 13 team members left the mountain's North Col camp at 9 a.m. on Tuesday for the final camp at 8,300 meters.

The team is expected to arrive at the final camp at around 6 p.m. Tuesday and will begin to reach the 8,848-meter summit of Mt. Qomolangma at around 3 a.m. Wednesday. 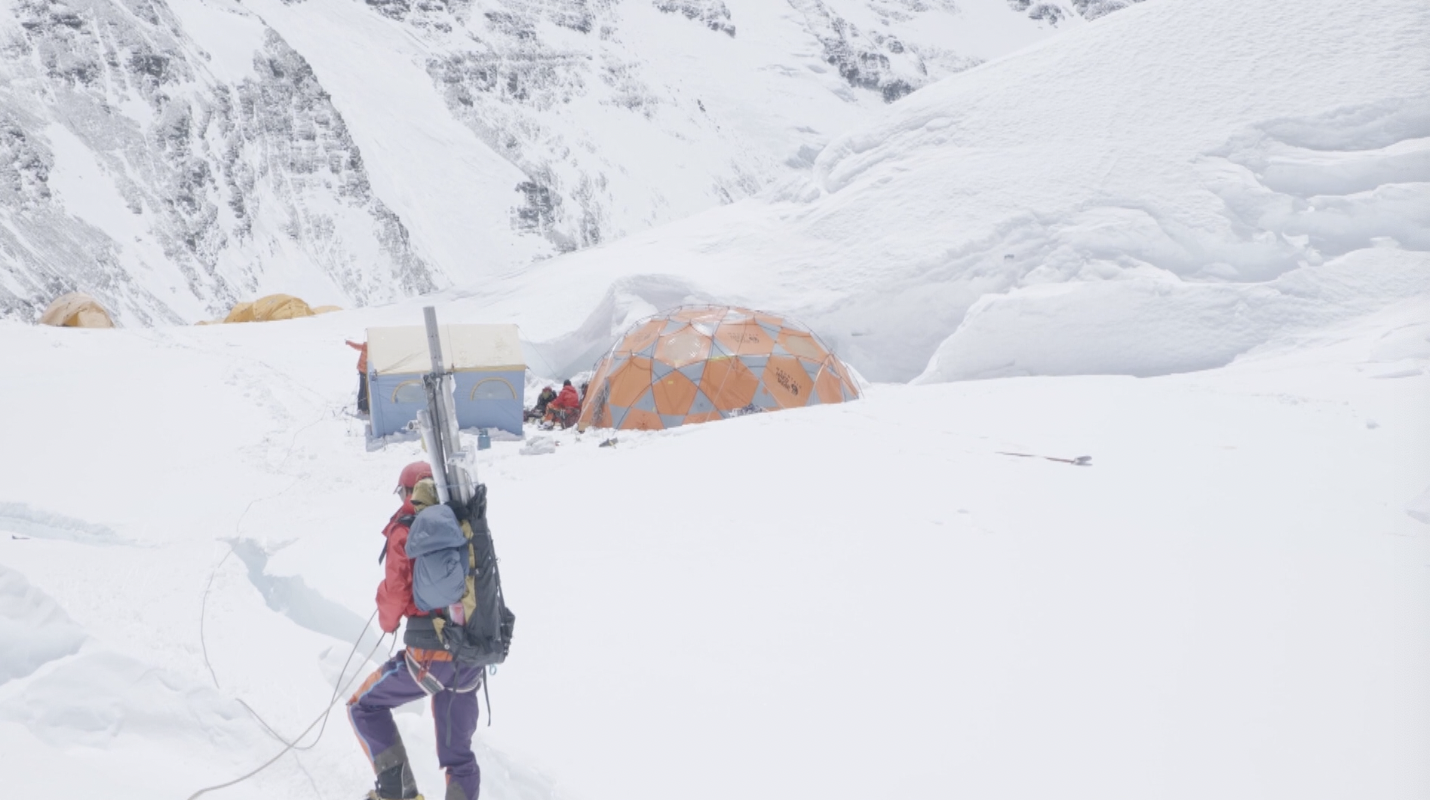 Upon arriving at the summit, the mountaineers will set up the world's highest automatic weather station, which will stand at 8,800 meters above sea level. The weather station will help obtain data of the surrounding area, helping scientists better understand the world's third pole.

Dechen Ngodrup, lead mountaineer of Qomolangma Scientific Expedition told CGTN that he and his team members were very proud to be in part of the research. "We'll set up the world's highest weather stations, no country has done that before. Once it's installed, data can transmit back to base camp and scientists can start their work then." 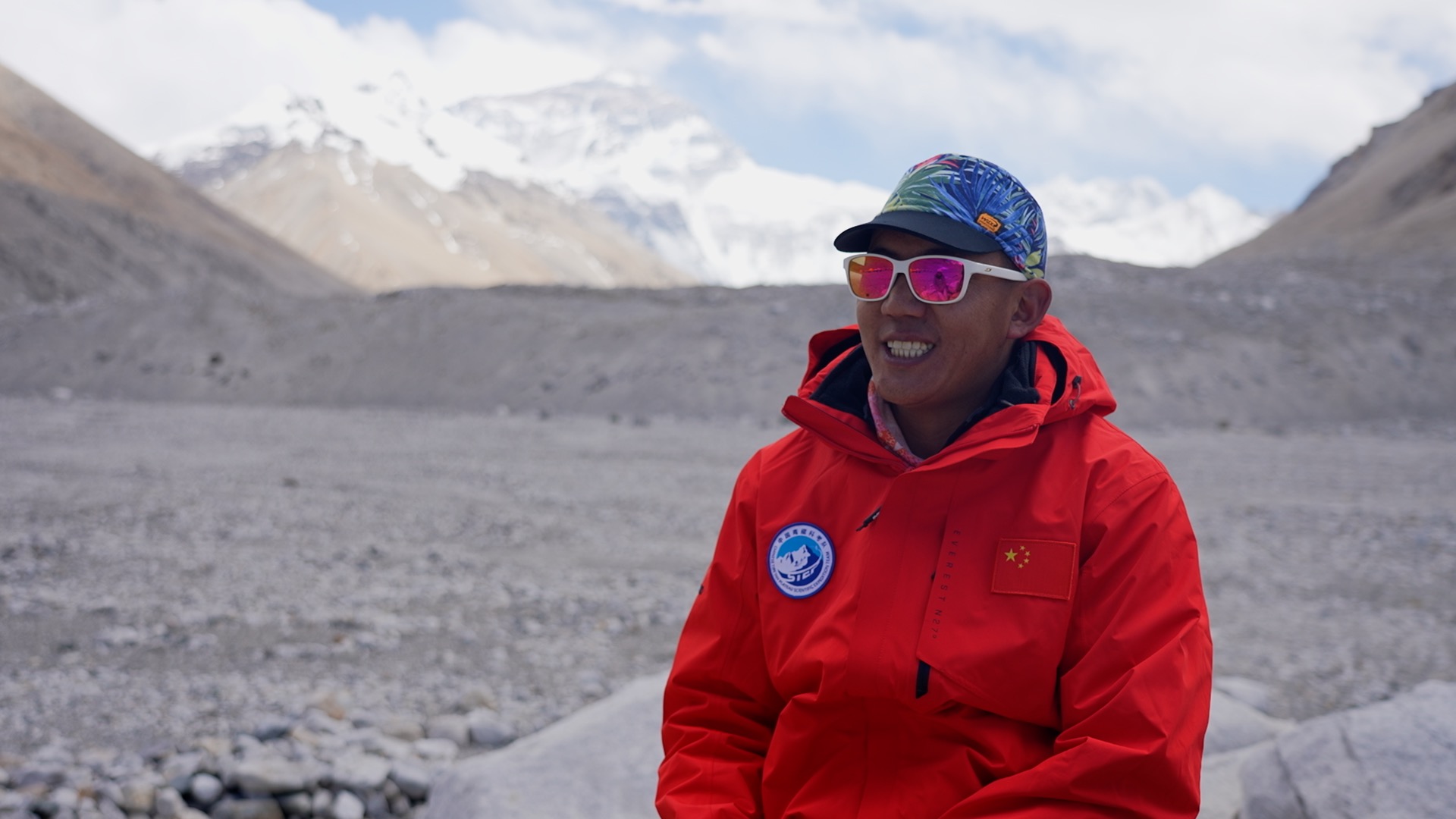 If the station is established successfully, it will replace the one at an altitude of 8,430 meters set up by the British and U.S. scientists on the south side of the mountain in 2019, to be the world's highest of its kind, according to the Institute of Tibetan Plateau Research (ITP), Chinese Academy of Sciences.

The expedition covers the widest range of subjects and engages the largest number of team members, and is equipped with the most advanced instruments since the country's second comprehensive scientific research on the Qinghai-Tibet Plateau in 2017. 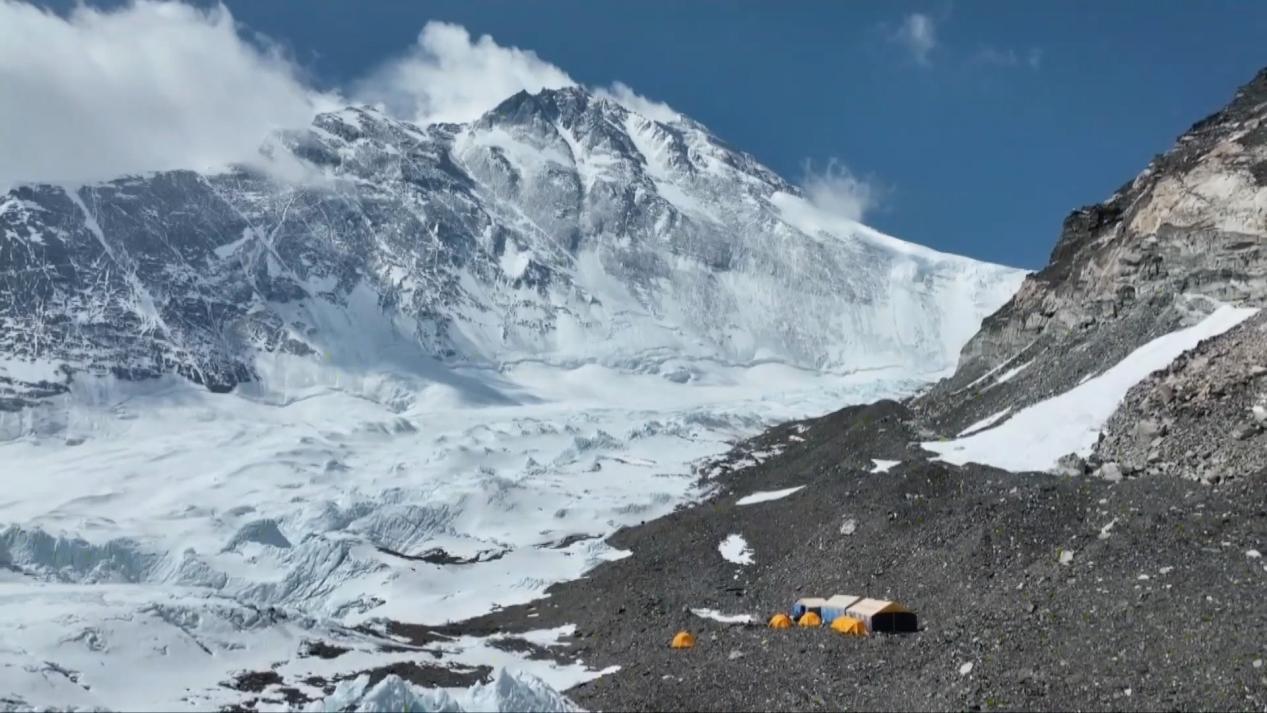 With the application of advanced technologies, methods and means, the expedition aims to find the pattern of climate change and study the variation of greenhouse gas concentrations in the extremely high altitudes of Mount Qomolangma, hence proposing innovative scientific plans for the protection of the highest peak in the world.

These scientists and mountaineers also plan to achieve the automatic observation and data transmission of meteorological gradients in the high altitude area of the mountain and use a high-precision radar to measure the thickness of ice and snow on the summit for the first time.

Highest automatic weather station to be set up on Mt. Qomolangma