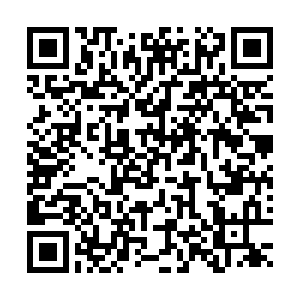 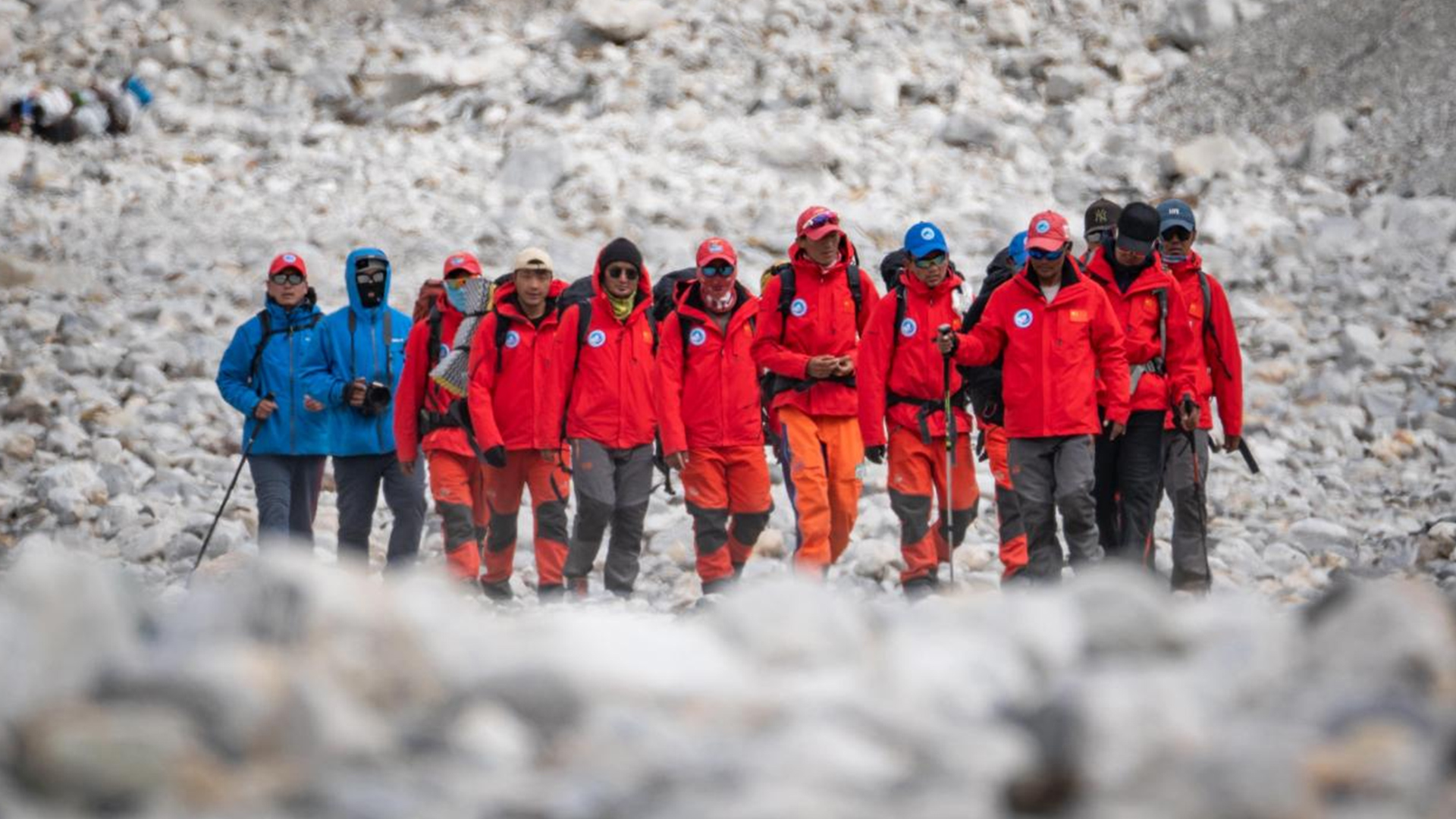 Thirteen members of the Earth Summit Mission 2022 expedition team returned to the base camp at an altitude of 5,200 meters on Thursday after accomplishing multiple tasks on the summit of Mount Qomolangma, the summit of the world.

"It was a tough morning, to be honest," said Tsering Samdrup, the headmaster of the Tibet Lhasa Himalaya Mountaineering Guide School, which is also the home school of the 13 mountaineers.

"Path and climbing ropes were buried under the heavy snow cover, and team members were carrying loads of supplies and scientific equipment."

Despite this, he told CGTN the outcome was "way beyond" his expectations. 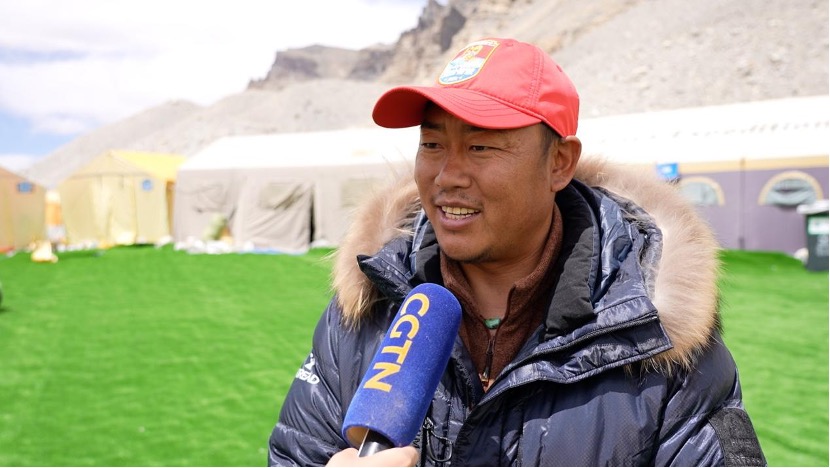 "Members helped each other out all the way. The ones ahead waited for those behind," he said. "They did their best. This is the spirit of mountaineering."

Upon arrival, other scientific researchers and media groups presented the heroes with hada, a kind of Tibetan silk scarf that represents the best blessings.

The summit team set out from the final camp at an altitude of 8,300 meters and reached the peak of Mount Qomolangma before 1 p.m. on Wednesday. There they successfully installed the world's highest automatic weather station at 8,830 meters above sea level, a historical milestone in the Earth Summit Mission 2022.

With the data transmitted from the mountain top, scientists can better understand the climate change pattern and global monsoon system of the Qinghai-Tibetan Plateau. Researchers can get real-time information, such as wind direction and speed, temperature, humidity and solar radiation from the summit. 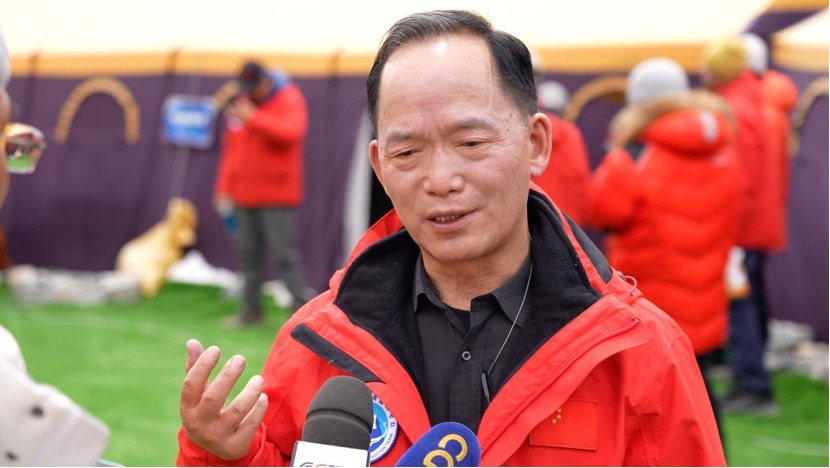 The previously uncollected data is important to academics like Yao Tandong from the Chinese Academy of Sciences.

"We know it's cold on the summit, but how cold? Will temperatures rise above zero degrees Celsius? If it does, the ice and snow will melt," he said.

"So, we've set up a number of automatic weather stations at different altitudes to find out which parts of the glaciers are susceptible to melting and whether the summit will melt," Yao said, adding that the eight meteorological stations can work together as a warning system.

The team also collected snow and air samples from the summit and measured the thickness of the ice sheet with high-definition radar. With those elements, scientists can analyze the ecosystem and composition of air pollutants at extreme heights.

The team members are currently resting in their tents at the base camp at 5,200 meters above sea level.