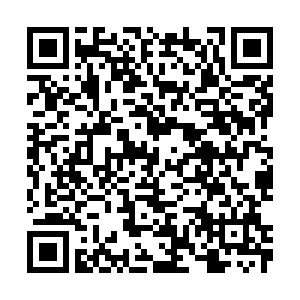 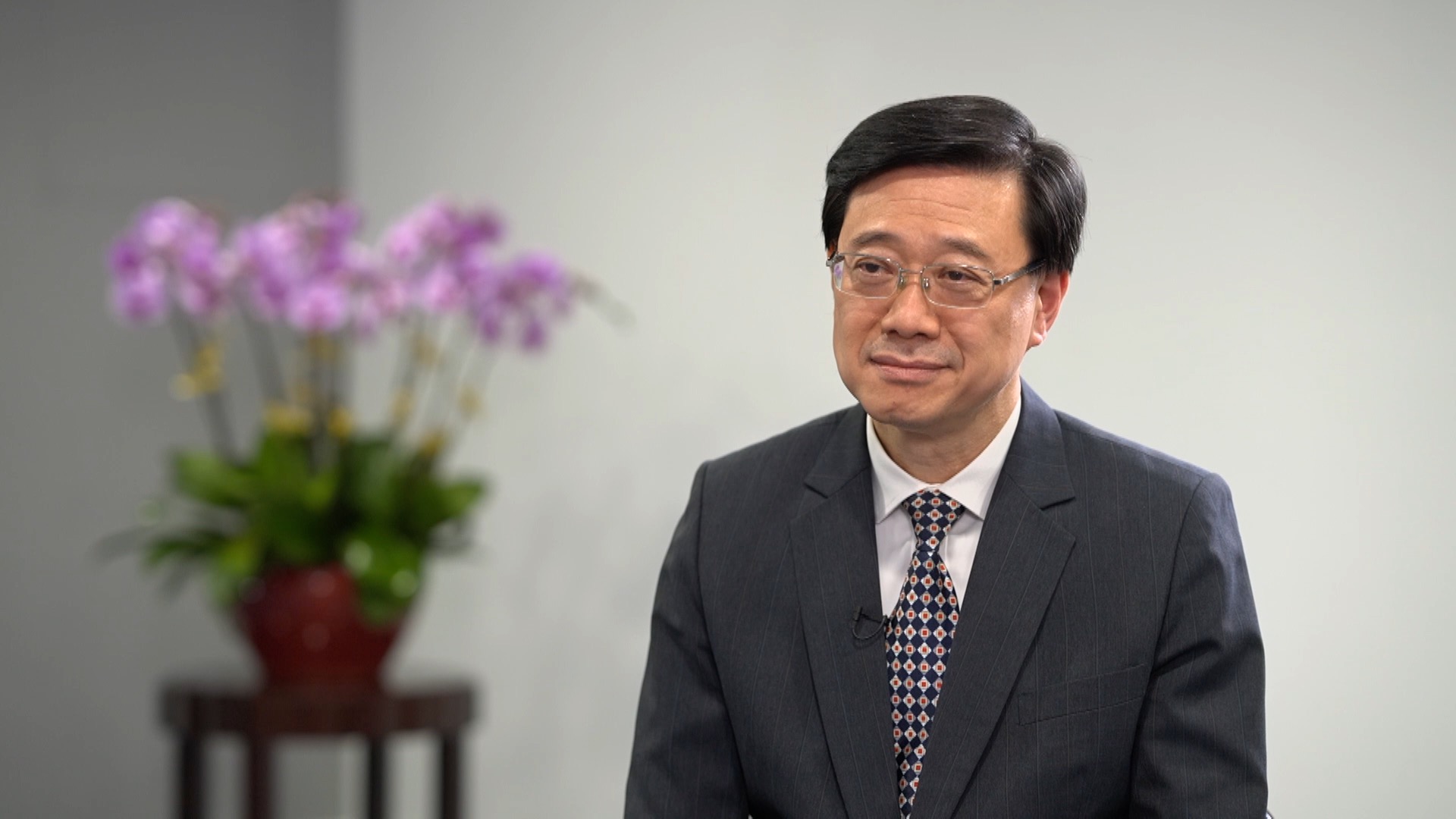 John Lee, the sixth-term chief executive of the Hong Kong Special Administrative Region (HKSAR), told the China Media Group (CMG) in an exclusive interview that he aims to strengthen the governance capability of the region with a "result-oriented approach."

"I always believe that Hong Kong can be better through stronger governance and working together as a team, not just in the government but society as a whole," Lee said.

Lee has proposed adopting a "result-oriented approach" by setting clear targets and key performance indicators (KPIs) for selected tasks within the first 100 days of the new administration to improve governance efficiency.

"The performance indicator will tell us the performance, where we don't meet the target, [and] why," Lee explained to reporter Zhu Dan.

Lee was formally appointed to the position by the State Council at a meeting on May 20 after winning HKSAR's chief executive election on May 8. He is set to assume office on July 1, 2022.

One of Lee's priorities is tackling the housing issue, which he said was one of the "major areas of concern of many Hong Kong people."

The shortage of land and homes is a deep-seated problem in Hong Kong, a region where property prices are among the highest in the world.

"What I intend to do is… first of all, squeeze the time so that production or supply can be realized more quickly, and in bigger quality and more efficiently," he said.

Two kinds of taskforce will be introduced, Lee said, with one designated to analyze the supply of public housing and the other to coordinate land and housing supply. He added that the first taskforce will be provided within the first three months of the recommended action. 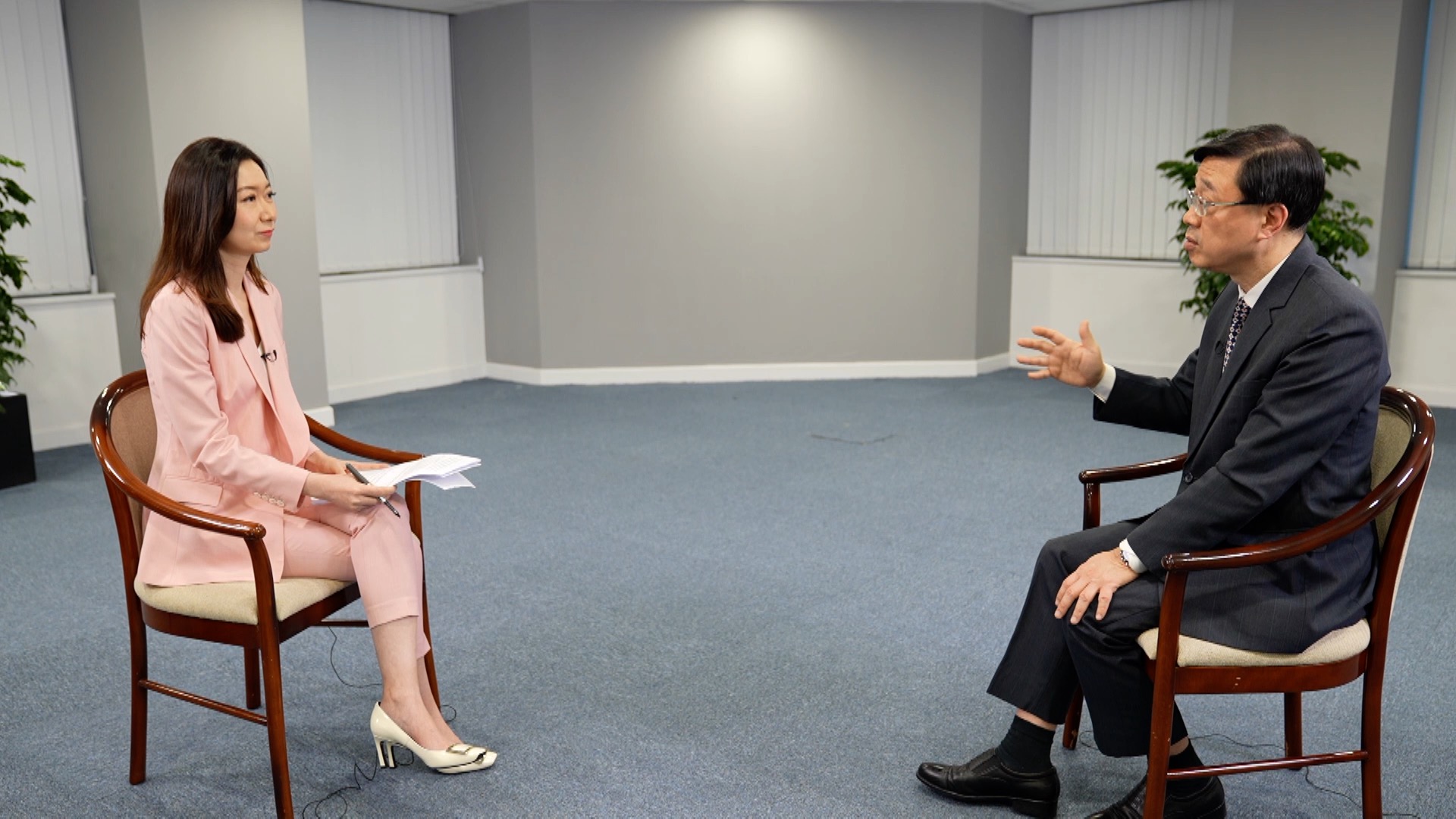 He pledged to consolidate a firm foundation for Hong Kong's development and maintain Hong Kong's existing strength, stressing the necessity of ensuring Hong Kong's stability and safety. "Because without stability, there will be no prosperity."

From Lee's perspective, Hong Kong's potential lies in the development of the Guangdong-Hong Kong-Macao Greater Bay Area (GBA) and integration into the whole nation's development.

He stressed he would make it clear to Hong Kong residents about the directions for clinching the opportunity of GBA, how they can get help, and what are the different schemes that facilitate their development and their potential success.

"The GBA cities have been doing that. Many special schemes have been created to facilitate people to start their own business, so it will be something that I will be pushing for strongly, and I see a lot of echoes already," said Lee.

He added Hong Kong owns a unique strength as it serves as a gateway to the Chinese mainland, calling for tapping more potential from this point.