Download
China stays committed to equality of all countries regardless of size: Wang Yi
CGTN 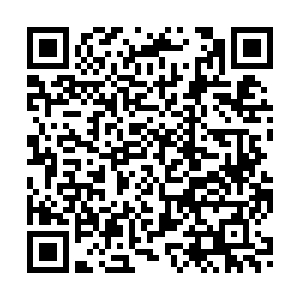 Chinese State Councilor and Foreign Minister Wang Yi arrived in Tonga on Tuesday, stressing that his visit, as part of his tour to South Pacific island countries, aims at putting into practice the diplomatic vision that all countries, big or small, are equal. 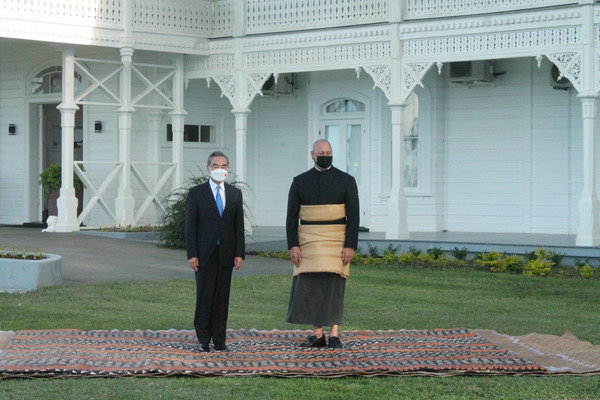 During his meeting with King Tupou VI, Wang pointed out that his visit to Tonga aims at taking concrete measures to support Tonga's post-disaster recovery and reconstruction.

"We will prove with facts that this trip to the South Pacific region is a trip of friendship and cooperation," Wang added.

China expects a truly fair world and true equality among all countries, he said.

When Tonga was faced with multiple challenges at the time, including volcanic eruption, tsunami, suspension of flights and the COVID-19 pandemic, China came to its assistance without hesitation, winning wide praise and heartfelt gratitude from the Tongan people, King Tupou VI said.

As facts have proven, he said, Chinese friendship has always been based on deeds rather than words.

Tonga firmly adheres to the one-China policy and will continue to use it as the cornerstone to promote the continuous development of relations between the two countries, he added.

King Tupou VI also said he was glad to see the success of the second China-Pacific Island Countries Foreign Ministers' Meeting and thanked the Chinese delegation for overcoming the difficulties of the COVID-19 epidemic to visit South Pacific island countries. 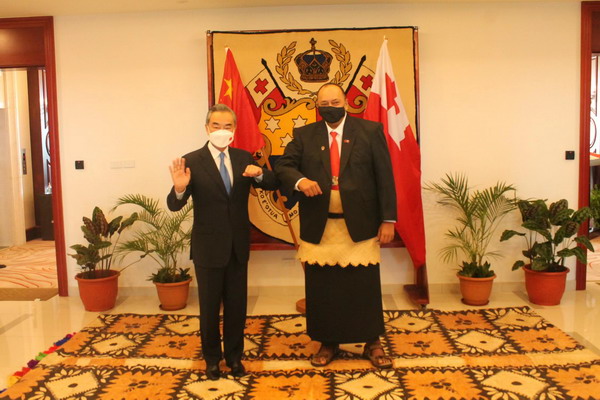 Leaders of the region have recently said the Pacific island countries are all independent sovereign states, not anyone's "backyard," and have the right to decide their own affairs, Wang recalled.

China fully understands and supports this, and is willing to work with all parties in an open attitude to deepen mutually beneficial cooperation with the island countries, he added.

Tonga sincerely thanks China for its selfless help to the economic and social development of Tonga, especially for its swift emergency assistance after the volcano and tsunami disasters struck Tonga, as well as for its strong support to Tonga in fighting COVID-19, Sovaleni told Wang.

He added Tonga is firmly committed to enhancing friendship between the two sides, and looks forward to strengthening the joint construction of the Belt and Road Initiative and deepening practical cooperation in various fields.

After the meeting, Wang and Sovaleni attended the signing ceremony of bilateral cooperation documents on disaster prevention and mitigation, agriculture and fisheries, and health. As some have recently attacked and discredited China's cooperation with South Pacific island nations, claiming that China will increase its military presence in the region, Wang on Tuesday responded that this is completely false.

China has no intention of competing with anyone, let alone being interested in geopolitical rivalry, Wang told Nuku'alofa, adding that China will never seek a "sphere of influence."

Wang stressed that China and the South Pacific island countries are both developing countries with broad consensus, similar concerns and common missions. "We are good friends who understand each other and trust each other."

A zero-sum game will only lead to multiple losses, which is not China's diplomatic tradition, he pointed out, saying China advocates win-win cooperation, treats all countries equally, and is willing to establish and develop friendly relations with all countries.

Tonga will always be an "island of friendship" for Chinese friends, 'Utoikamanu told Wang.

She noted that Tonga adheres to the Five Principles of Peaceful Coexistence, and will continue to promote the bilateral strategic partnership and enhance cooperation in various fields as well as people-to-people exchanges.