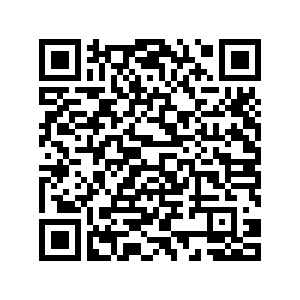 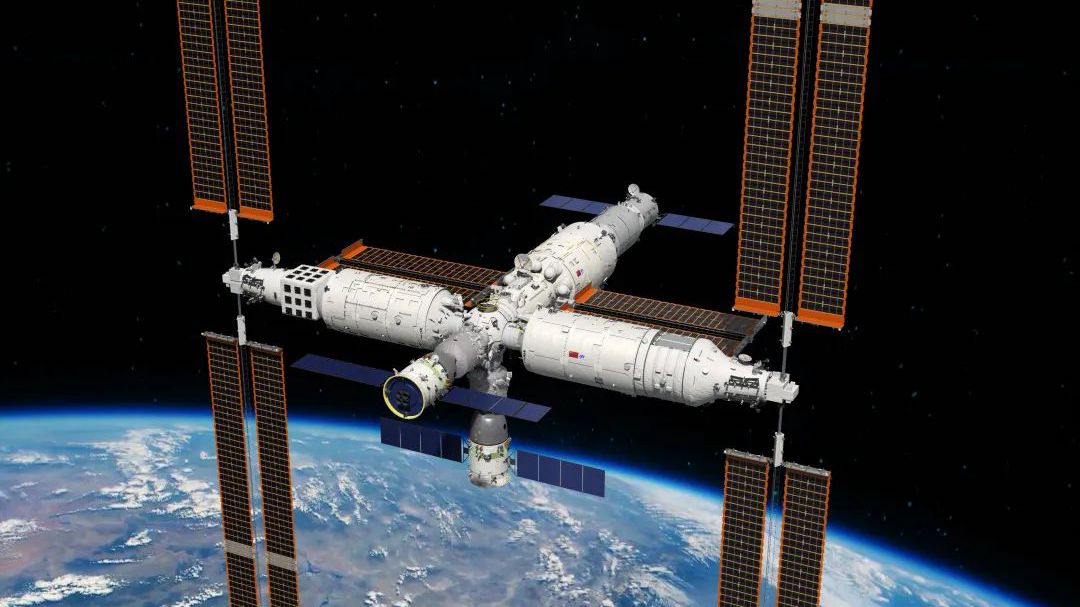 A schematic of the basic three-module structure of China's space station. /CMG

A schematic of the basic three-module structure of China's space station. /CMG

With the successful launch of the Shenzhou-14 manned mission on June 5, China is on the fast track to complete the construction of its space station into a national space laboratory.

The space station will be expanded from the foundational core module Tianhe currently orbiting the Earth into a basic T-shaped three-module structure, with Tianhe in the center and the upcoming two lab modules Wentian and Mengtian on each side of it.

Wentian is scheduled to arrive in July, and Mengtian in October.

When the two lab capsules are in place, the space station will have a total living space of over 110 cubic meters, with six bedrooms and two bathrooms, which can accommodate up to six astronauts.

As a national space laboratory, a total of 25 scientific experiment cabinets will be deployed in the three modules. Each cabinet is like a highly functional mini-lab that can support experiments in certain disciplines.

The complex will operate in low-Earth orbit at an altitude of about 340 km to 450 km above Earth's surface.

It has a designed life of 10 years, but experts believe it could operate more than 15 years with appropriate maintenance.

The Tianhe core module, sent into orbit in April 2021, is the command and management center of the space station. It provides propulsion to maintain the orbit of the complex and control its internal working conditions.

With a length of 16.6 meters, a maximum diameter of 4.2 meters and a takeoff weight of 22.5 tonnes, it's the largest spacecraft China has developed.

With a habitable space of about 50 cubic meters, it serves as the main living place of the astronauts, where they can also conduct scientific experiments.

A total of six Chinese astronauts in two separate missions have lived and worked in the core module and returned to Earth safely.

The three Shenzhou-12 crew members were the first to enter Tianhe, where they spent three months from June to September last year. Then the Shenzhou-13 crew arrived at the core module in October, 2021 and returned to Earth in April 2022, setting a new national human spaceflight duration record of 182 days.

The core module has two berth ports that can connect with the two lab modules and three docking ports for any cargo vessel, manned spaceship and other spacecraft.

It also has an exit for astronauts to conduct extravehicular activities.

The two lab modules are similar to the core module in length, size and weight, with more specific details yet to be unveiled.

The cabin Wentian is mainly for studies on space life sciences. It is equipped with experiment cabinets that can support experiments on life and ecology, biotechnology, as well as comparative studies of biological growth mechanisms under varying gravity conditions.

The experiment cabinets can be used to study the growth, development, heredity and aging of plants, animals and microorganisms in space, as well as the research on closed ecosystems.

Multi-level biological experiments on molecules, cells, tissues and organs can be conducted, thanks to the multiple detection methods, such as visible light, fluorescence and microscopic imaging, enabled by the scientific facilities in the cabin.

The Mengtian lab module is mainly for microgravity scientific researches. It is equipped with experiment cabinets for experiments in multiple disciplines, such as physics of fluids, material science, combustion science, basic physics and aerospace technologies.

The world's first set of space-based cold atomic clocks, consisting of a hydrogen clock, a rubidium clock and an optical clock, will be set up in Mengtian. They will form a frequency and timing system with the highest frequency stability and accuracy in space, which will serve frontier scientific researches like gravitational redshift and measurement of the fine-structure constant.

China Space Station: What scientific experiments will be done there?