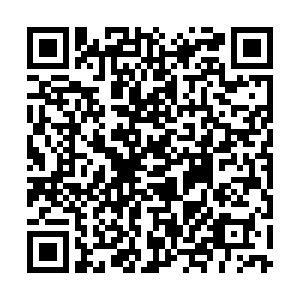 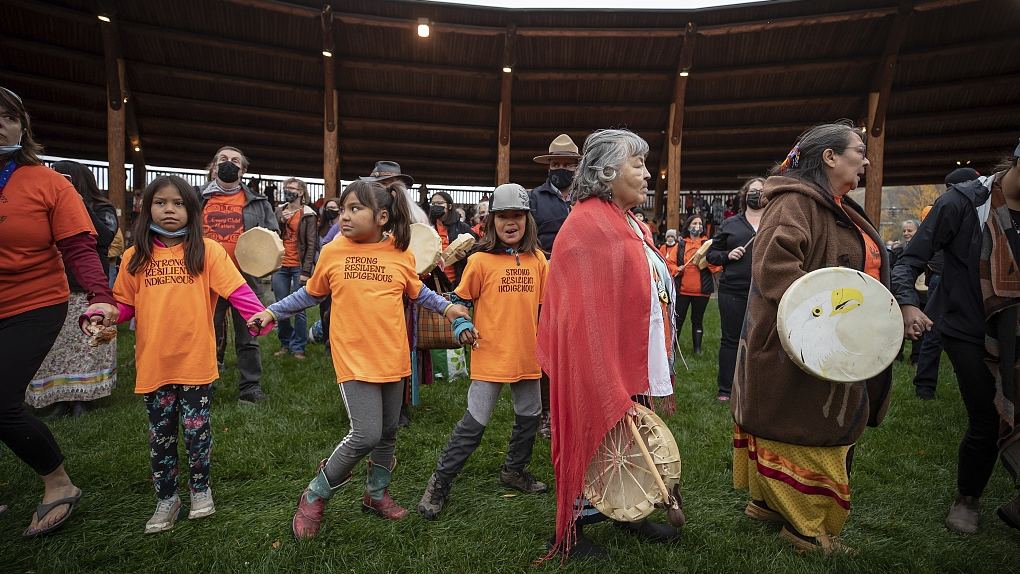 People dance in a circle as drummers play during a ceremony to honor residential school survivors and mark the first National Day for Truth and Reconciliation, in Kamloops, British Columbia, Canada, September 30, 2021. /CFP

People dance in a circle as drummers play during a ceremony to honor residential school survivors and mark the first National Day for Truth and Reconciliation, in Kamloops, British Columbia, Canada, September 30, 2021. /CFP

A settlement agreement that's the largest in Canadian history has been signed to compensate First Nations children and families who suffered because of discriminatory underfunding of welfare services.

Indigenous Services Canada said in a news release that the next step is to seek approval for the final settlement, valued at 20 billion Canadian dollars ($16 billion), from the Canadian Human Rights Tribunal and the Federal Court of Canada. If approved, the compensation process will begin, the release said.

The groups eligible for compensation include children who were removed from their homes under the First Nations Child and Family Services program between April 1, 1991, and March 31, 2022; children who were impacted by the government's narrow definition of Jordan's Principle on equitable access between December 12, 2007, and November 2, 2017; children who did not receive or were delayed in receiving an essential public service or product between April 1, 1991, and December 11, 2007; as well as caregiving parents or caregiving grandparents of the children.

Since announcing agreements in principle in January, the Canadian government, the Assembly of First Nations (AFN) and counsel representing the plaintiffs in the Moushoom and Trout class actions have worked collaboratively over the past six months to reach this final agreement.

"After three decades of advocacy, and months of negotiations, the AFN is pleased with reaching terms of this historic compensation agreement for our children and families," AFN Manitoba Regional Chief Cindy Woodhouse said.

Indigenous leaders and community advocates have fought to get Canada to abide by a 2016 Canadian Human Rights Tribunal ruling that found the federal government had discriminated against Indigenous people in the provision of child and family services, Al Jazeera reported.

This discrimination pushed more Indigenous children into foster care, said the tribunal, which ordered Canada to pay each affected child $31,094, the maximum allowed under the Canadian Human Rights Act, according to Al Jazeera.

Tip of the iceberg: Canada's cultural genocide of indigenous people

Tip of the iceberg: Child abuse in Indigenous residential schools of Canada

Tip of the iceberg: Medical experiments on Canada's indigenous children

Hundreds of unmarked graves found at another indigenous school in Canada