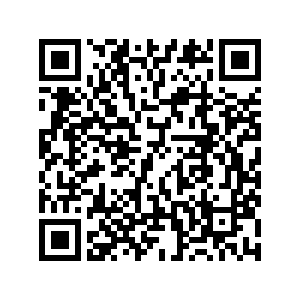 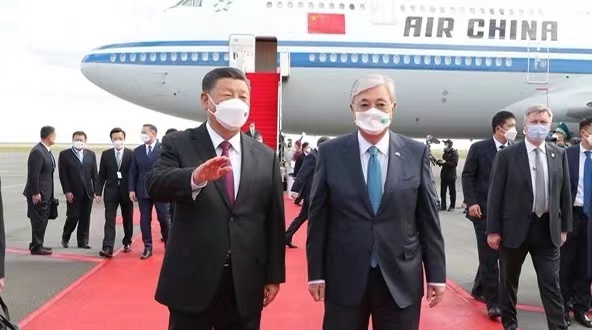 China and Kazakhstan agreed on Wednesday to further deepen cooperation in various areas, such as economy, trade, production capacity, connectivity and fighting the COVID-19 pandemic.

The agreement was reached during the talks between Chinese President Xi Jinping and his Kazakh counterpart Kassym-Jomart Tokayev after Xi's arrival at Nursultan Nazarbayev International Airport.

The Chinese president left Beijing on Wednesday morning to attend the 22nd meeting of the Council of Heads of State of the Shanghai Cooperation Organization (SCO), and pay state visits to Kazakhstan and Uzbekistan at the invitation of Tokayev and Uzbek President Shavkat Mirziyoyev.

Since the establishment of diplomatic ties 30 years ago, China-Kazakhstan relations have withstood the test of changes in the international landscape, Xi said.

The two countries have been the first to resolve the border issue, build cross-border oil and gas pipelines, carry out international cooperation on production capacity, and establish a permanent comprehensive strategic partnership, all of which have created many "firsts," he said.

China will always be Kazakhstan's trusted friend and partner, he added.

Noting Xi's choice of Kazakhstan for his first visit since the COVID-19 pandemic began, which also coincides with the 30th anniversary of the establishment of diplomatic ties between Kazakhstan and China, Tokayev stressed that it fully demonstrates the high level of mutual trust between the two countries and the high level of the permanent comprehensive strategic partnership.

President Xi's visit will surely become a new milestone in the history of Kazakhstan-China relations, he said.

Kazakhstan will continue to firmly adhere to the one-China policy and be a good partner and friend that China can rely on under any circumstances, he added.

He called for joint efforts to build the Belt and Road with high quality, and expand innovation cooperation in such areas as big data, artificial intelligence, green energy and green infrastructure. 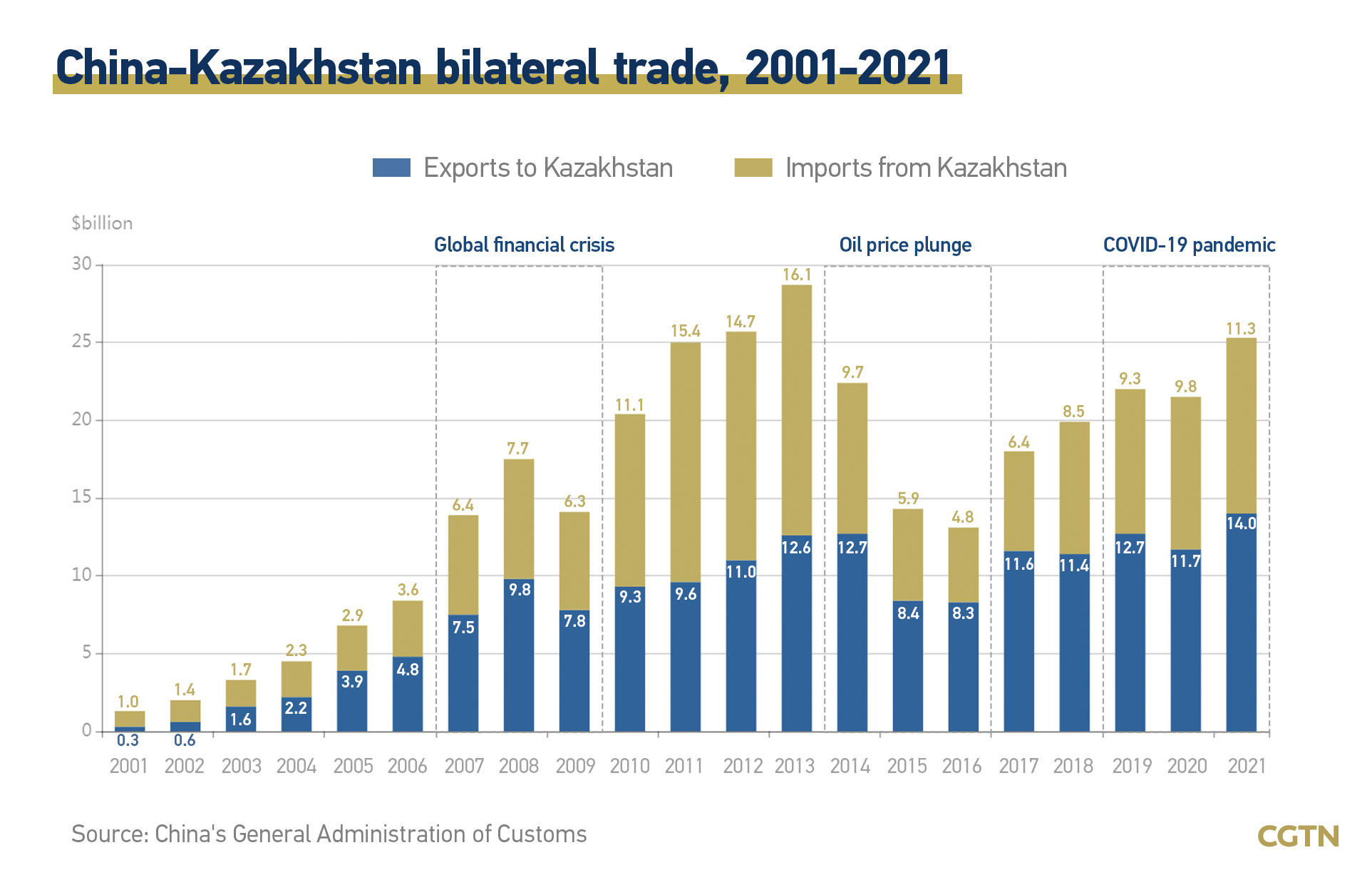 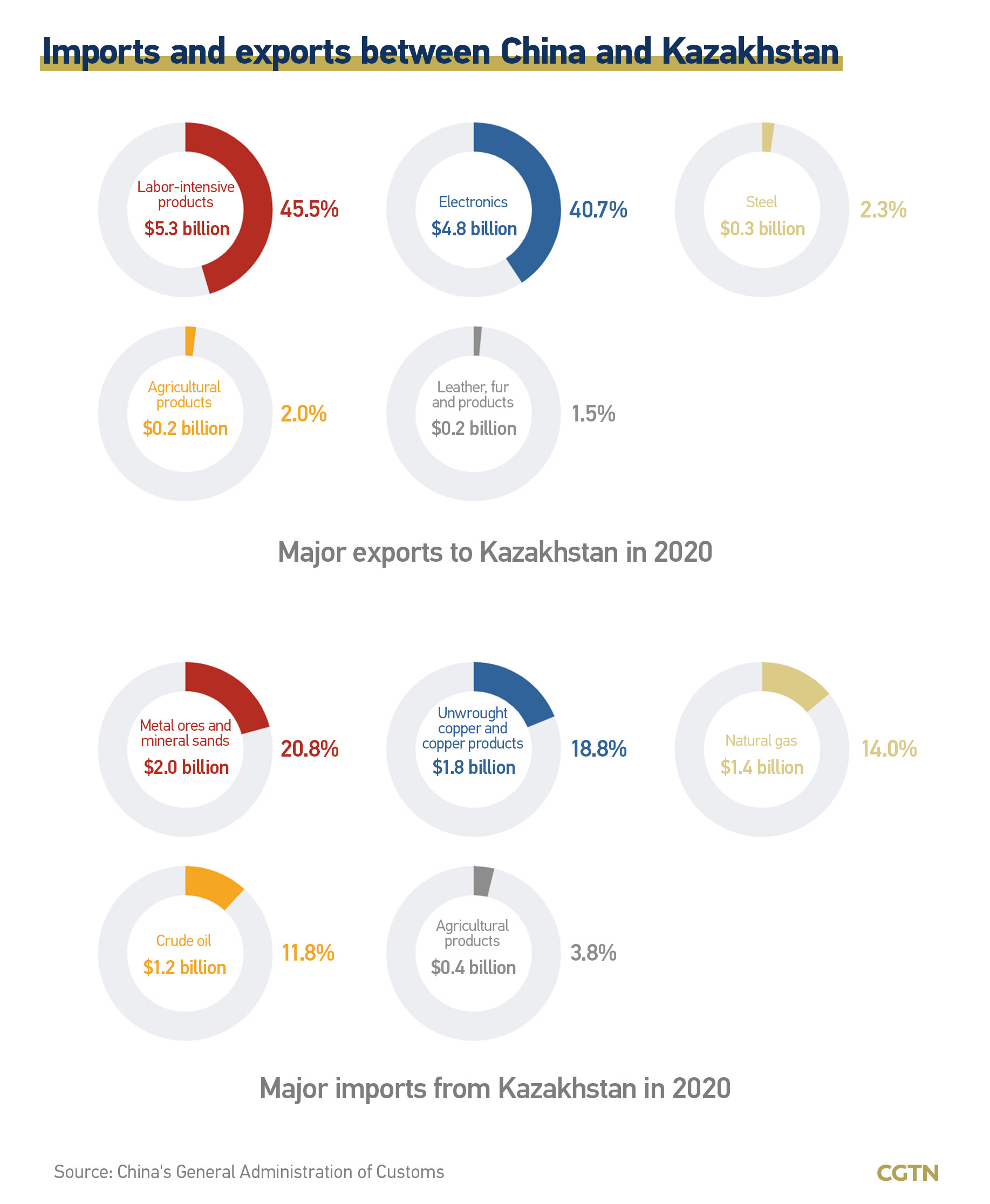 Noting that next year marks the 10th anniversary of the Belt and Road Initiative proposed by President Xi, Tokayev said that Kazakhstan will continue its support for and participation in the initiative.

The Belt and Road Initiative has become an important engine for building a community with a shared future for mankind, he said.

The two leaders signed and issued a joint statement on the 30th anniversary of diplomatic relations between the two countries, declaring the goal and vision of building a community with a shared future featuring enduring friendship, high mutual trust and shared weal and woe between China and Kazakhstan.

Relevant departments of the two countries also signed a number of bilateral cooperation documents in the areas of economy and trade, connectivity, finance, water conservancy and media. The two sides decided to establish a consulate-general in Xi'an and Aktobe.