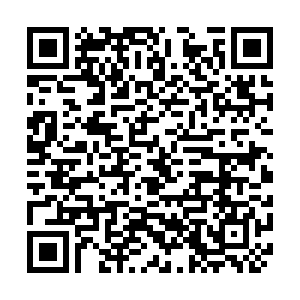 UN Secretary-General Antonio Guterres on Sunday called for action to make Africa a success, and said "the world must see Africa for what it is: a land of enormous potential and resources."

Guterres made the remarks in a speech at the inaugural meeting of the Global African Business Initiative (GABI), which took place in New York over the weekend on the sidelines of the high-level week of the 77th session of the UN General Assembly.

He called on governments and the private sector to work together to create the conditions for the continent's success. Bold investments and new finance models can put the Sustainable Development Goals (SDGs) at the heart of business models, he added.

Noting that every sector of the African economy is growing, from manufacturing to agriculture, from services to finance, Guterres said the continent's vibrant, young population represents a dynamic workforce and a massive consumer and business market.

"Africa is facing tremendous headwinds and crises not of its own making, from COVID-19 and climate chaos to the Ukraine crisis; from growing inequalities, a cost-of-living crisis, and the reversal of the SDGs to a global financial system that is rigged against Africa and requires fundamental reform," Guterres said.

"But we are here together because we know the time has come for action based on a new narrative: highlighting the opportunities for new financing models and technologies, recognizing the emergence of Africa's creative and cultural industries on the global stage, focusing on climate transition and transforming food systems, and ensuring the full participation of women, young people, and the African diaspora," he said.

For example, the UN chief said, Africa has huge potential to move away from fossil fuels, since the continent boasts significant solar, wind, hydro, and geothermal energy sources that could make it a renewable energy leader.

The transition to clean energy could create more than 6 million new jobs in Africa by 2050, and yet it has received just 2 percent of global investment in renewables over the past decade, he said.

"Now is the time for innovation, for new public-private partnerships, for high-value jobs based on renewable technologies. There are opportunities in all sectors – from education and health care to finance and services," said the UN chief.

"This inaugural GABI aims to transform these opportunities into ambitious business practices that benefit people. The United Nations is your steadfast partner in creating conditions for business success in Africa and around the world. And Africa remains our first priority in all what we do," he added.

Guterres called for efforts to pool the potential of young people in all projects and initiatives and to ensure gender equality.

"Africa's success is unstoppable, by any measure. The only question is whether the world seizes the opportunity to reap the global benefits of African business. Let's work together to make it happen," he said.

The launch of GABI was organized by the UN Global Compact in partnership with the African Union and several other UN agencies in Africa.

The initiative is designed to place Africa in its proper spot on the world stage, bringing to focus a road map for Africa that is sustainable, inclusive, just, and managed by Africans for Africans, according to the UN.

(Cover: UN Secretary-General Antonio Guterres speaks at the first plenary of the 77th session of the UN General Assembly at the UN headquarters in New York, September 13, 2022. /CFP)